Start a Conversation
Add a Photo
Turn on suggestions
Auto-suggest helps you quickly narrow down your search results by suggesting possible matches as you type.
Showing results for
Search instead for
Did you mean:
Post in Trending at Sephora
Posted 12-09-2020 | Updated a week ago

Just saw this update on Glossier coming to Sephora. Looks like next month. 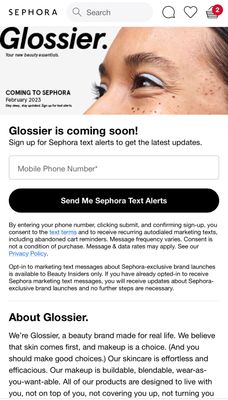 Thanks for the update, @eshoe ! I wondered why we hadn't seen or heard any Sephora-side rumblings yet (such as the brand name appearing on Sephora's brand list ahead of launch), since Glossier was supposed to arrive this month. Good to know this is still happening in early 2023. 🙂

I'm glad folks will be able to swatch Glossier products in person before buying. I assume Sephora will get Glossier's top selling products, but we'll see. Not that I know which products are their top sellers... I assume Cloud Paint and Boy Brow are among them. Also assume they'll sell their eyeliners in stores, since those are a relatively new addition to the lineup (they're not the old Glossier Play liners), and probably Balm Dotcom.

You make a good point. My mind just automatically thinks everything will be here but like both you and @SportyGirly125 hinted, it might be top sellers (at least in the initial stage, I hope?). I would like to see their perfume and liquid liner as well, but we'll see.

@eshoe @I wonder if it will be everything they carry?

That is a good question @SportyGirly125. I have been holding off on reordering a couple of things because I was waiting for it to come here. I guess we will see soon enough.

I don't think these releases were posted yet. I love how Lancôme keeps reinventing their packaging; I think it keeps the brand looking fresh!

From their marketing emails: "Bearbrick is a collectible produced by the Japanese company Medicom Toy and has been one of the most desired collectibles since its release 21 years ago." 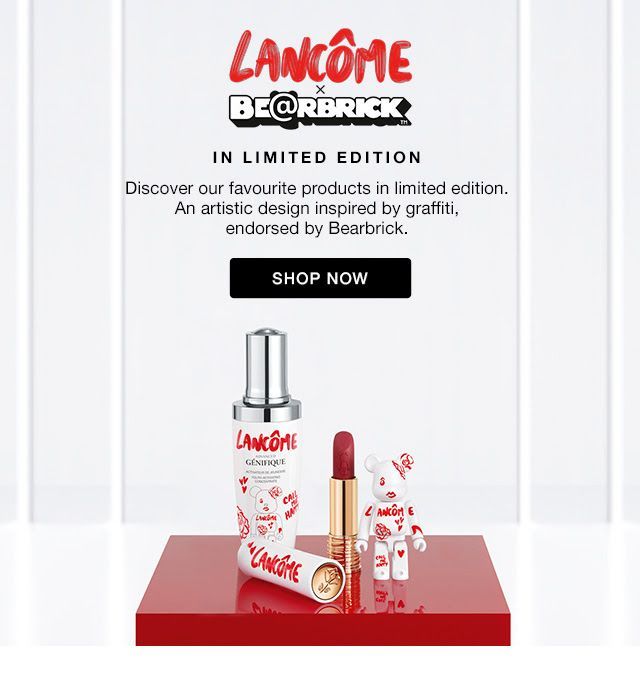 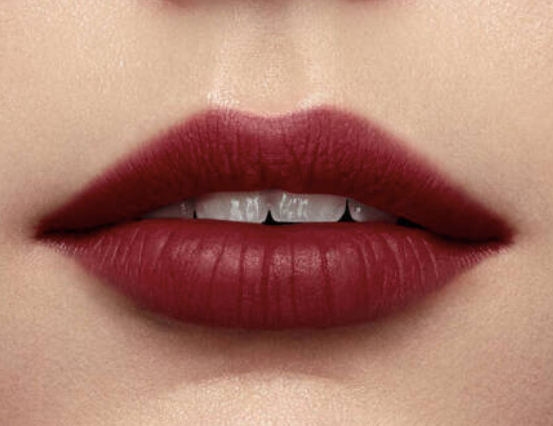 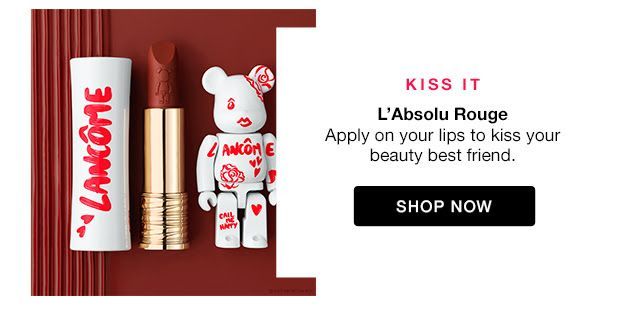 They also have their latest Valentine's Day collection out, also in limited edition packaging, in the shades 196 French Touch and 218 Petite Maille 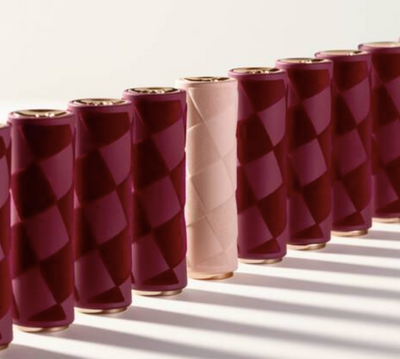 @Guessgal Oh my! This is stunning!

@Kim888 Ooo yes! I couldn't agree more! I'm glad I could help enable 😁 In fact, I don't think I would've stumbled across this shade on my own if it wasn't for the LE packaging bringing this shade to the limelight so Lancôme really has their marketing recipe down right 👍

@Guessgal, 888 French Idol is a gorgeous color. It would look stunning on you! What a fun collab!

Loving the look of those lipstick cases for the Valentines collection. 😍

Thank you @itsfi ! Yes, I might need to add that shade to my collection 📝 I was thinking that it would look lovely on @Sunnysmom as well! 😇

@Sunnysmom I saw you tagged me in this thread, but can’t seem to find the post now, so apologies if you’ve already seen this!

@Guessgal, it's definitely a shade in yours and @Sunnysmom's wheelhouse. I've seen a few different bundle variations with the products in the Lancome x Brickbear collab. I'm sure they'll sell out quickly, if they haven't already.

That is so weird @Guessgal , I mentioned how cute these were and what a great shade 888 was. Poof gone! Hmm 🤔. Thanks for showing us! It’s def a good shade for us! 🥰

So cute and so pretty! I might want these! I think Lancôme does great lipsticks. @Guessgal

@sister13 I completely agree! I bought 4 of their limited edition lipsticks last year: Valentines 2022 and all 3 of their Qi Xi lipsticks, so... I'm a little obsessed! 😅

Known for its oil-based skin-care products seen on the Instagram feeds of Chrissy Teigen and Hailey Bieber, Mara Beauty is making its way into Sephora.

Starting January 3, the luxury skin-care brand’s entire collection will be available on Sephora’s site. Five products from the brand will also be available at 252 U.S. Sephora physical locations starting in March. Sephora is the latest retail partner for Mara Beauty, which is also stocked at Goop, Credo Beauty, Bluemercury, Revolve, Anthropologie and Free People, among others. The brand has seen 20% year-over-year sales growth in the past year as it has expanded its product lineup and retail footprint while gaining visibility thanks to celebrities.

“Sephora was always the goal,” said Mara Beauty founder Allison McNamara, who launched the brand in 2018. “As I was putting the brand together, I went into Sephora and I was envisioning this brand being there.”

Retail partnerships have always been an important part of the brand’s distribution strategy, said McNamara. Currently, its DTC site accounts for 32% of its total sales. Its initial retail strategy focused on smaller clean beauty retailers and boutiques, launching at Credo Beauty three months after debuting the brand.

“It was important for us to get that clean retailer and that respect in the clean beauty world right from the get-go,” she said.

The brand’s current top seller is its oil cleanser, while its face oil follows closely behind. Both of these products will be at the physical locations, along with the brand’s vitamin C and retinol oils.

Mara Beauty’s oil cleanser saw a sales surge after appearing in an April 2021 nighttime skin-care routine YouTube video by Hailey Bieber, who was introduced to the brand by McNamara’s wife and Bieber’s hair colorist Cassondra Kaeding.

“I thought Shopify was glitching” due to the increase in sales after Bieber posted the video, said McNamara. The momentum has continued in 2022, as Bieber featured the product again in a video for Allure in April. Sales of the cleansing oil are up 35% year-over-year. The brand’s Universal Face Oil also saw an increase of 20% this year, gaining its own cult status after being featured on Chrissy Teigen’s Instagram feed back in 2020.

Formerly working as both a PopSugar reporter covering celebrities and an editor at hairstylist Jen Atkin’s site Mane Addicts, McNamara recognized the power of celebrities and influencers in what she calls the “new-age pop culture conversation.” While she has a following of her own of 45,000 on Instagram, she doesn’t consider herself an influencer.

“It’s really exciting that Sephora is going back to their roots and giving a chance to indie brands,” she said. “The landscape for so long was celebrity- and influencer-based brands. To have the opportunity to go so wide in their stores with a non-celebrity, non-influencer founder is really exciting.”

Using mostly glass packaging and providing support for kelp reforestation efforts in the ocean as part of the “blue beauty” movement, the brand qualifies for Sephora’s “Clean + Planet-Positive” stamp. In order to earn the “Planet-Positive” designation, the brand worked with the organization Climate Vault to earn scope 1 and 2 carbon-neutral status.

To support its Sephora launch, Mara Beauty will take part in a 75,000-packet sampling program with the retailer. For physical stores, McNamara said she plans to go on a road trip to as many locations as she can to educate store associates and managers in-person about the products.

“It’s going to be important for me to do those active sales support moments,” she said.

Yes!!! I’m very happy to hear that Mara will be available through Sephora @CookieGirl1! Also great news that the brand will be making sample packettes available. 👍🏼

Sephora North America has announced the participants for its 2023 Accelerate brand incubator program. The cohort includes seven BIPOC brand founders spanning fragrance, makeup, and skincare who applied in the Fall of 2022.

Sephora said its Accelerate program, now in its eighth year, will continue to focus on BIPOC-founded and owned brands as part of its commitment to increasing BIPOC representation in its product assortment.

• Simedar Jackson, Of Other Worlds (beauty)

"We are very excited to welcome all 2023 finalists to the Accelerate program and into the Sephora family," said Priya Venkatesh, Senior Vice President, Global Merchandising. "Our program continues to create spaces for BIPOC-founded and owned brands that represent our clients and the world today, all while providing meaningful support for growing brands to succeed."

This year's program aims to prepare BIPOC-founded beauty brands to launch at Sephora North America via bespoke support from those in the retailer's ecosystem of beauty entrepreneurs and experts. With a focus on building community and collaboration across the beauty industry, the program features six months of weekly content and curriculum dedicated to elevating the brands and positioning them for long-term success, with programming such as Nancy Twine's (Briogeo) financial readiness series; Vicky Tsai’s (Tatcha) brand plus assortment strategy sessions; and marketing sessions with Amy Liu (Tower 28).

432 Replies
Conversation Stats
Photos104
Are you sure you want to uncurate this?
Cancel OK
testing