Start a Conversation
Add a Photo
Turn on suggestions
Auto-suggest helps you quickly narrow down your search results by suggesting possible matches as you type.
Showing results for
Search instead for
Did you mean:
Post in Brand Loyal
Posted 01-20-2017 | Updated 09-10-2020

So I tried to look for but did not find a thread dedicated to Cover FX.

Anyone on here love this brand? I feel like this brand is not talked about much but has some real gems, and the products are supposedly good for you, or at least sensitive-skin friendly.

Since so many other brands have a thread dedicated to them, I figured I'd make one for Cove FX. 😃

I personally love the Illuminating Powder: I've had the smaller size for forever and it's still going strong. I know a lot of you love the illuminating drops.

I'm curious about the blush duos since theyre half off at ulta tomorrow...does anyone have them and could say which would be best for fair/light skin?  the 3 lightest ones look nice obviously, but I'm concerned I might have something similar to the pink and peachy ones.  I'm really intrigued by the cinnamon one... 🤔

i really like them! i have soft peach & pink dahlia, but can’t speak for the cinnamon shade, but the ones i have are really pretty. i’m pretty fair (marshmallow in tf btw concealer in summer/cloud in winter) andthey don’t look too harsh on me. it’s very pigmented & i wear my blush a bit heavy and i don’t have to put multiple layers to build it up to my liking like with other blushes. if you wanted more natural, light blush, you’ll have to have alight hand. also, i’ve never had problems with it fading through out theday, and the pan sizes are huge (not to mention there’s 2 of them), also they blend out really easy. i would definitely recommend ordering them while they’re on sale!
1
Reply
1 Reply

@lunnna  thanks!  I went with the cinnamon.  I went to their website to see if they had any pics on models to see how it would look on, and they did not, only pics others had posted to instagram...but none were the cinnamon one, and they all looked really light, some not even noticeable.  oddly enough the warm honey started to look good after seeing all the pics of different ppl w/it on, like a cross between a peachy blush and a bronzer.

I would like to know what happened to the sunkissed liquid bronzer?

Restarting the thread because I find it odd the blush and bronzer duos that were super popular last year aren't being offered on the site anymore and the entire line is on clearance sooo does anyone have any definitive word on whether they're continuing the line?

@Brutalitops @SportyGirly125 Yeah, they won't be at Sephora anymore as confirmed by more employees. It will be an Ulta exclusive.

"As far as I'm concerned, as a Sephora employee, Cover FX spread themselves too thin. Around the time they launched the blush and highlight duos, they also expanded into Ulta's. Per Ulta's contract, they wanted full stock of the brand in every location. So Cover FX focused their business on Ulta to make sure they could stock them.

To my understanding there's also a contract in place with Sephora and brands that if you do not meet stocking quotas you would be fined. And for awhile Sephora didn't enforce it. Until the new CEO came in. So for a bit, Cover FX wasn't held accountable for not stocking Sephora's. But recently they were being fined. So Cover FX basically pulled out or Sephora decided not to work with them.

Within the month they will be exiting Sephora's.

Other brands will also be leaving Sephora around the launch of Selena's brand."

So I wonder what other brands will be leaving 😞

"Buxom and Stila. Smashbox and Bobbi Brown are also reducing their volume.

Tory Burch is also exiting a lot of stores. But I believe that will be temporary because they severed ties with Estee Lauder... So on Monday they are beginning production with Shiseido instead.

There is also another brand that is joining Sephora...

Spring retrofits are happening right now so the next few weeks is when brands either expand, decrease or leave. Contracts end right about now.

If you look at the brands that are 100% leaving (CoverFX, Buxom, and Stila) it's been a long time coming thing. CoverFX hasn't been stocking Sephora's for over a year. Stila has already left most Sephora's. Nars is one of the top brands to Sephora and they don't have stock issues. I can't see them eliminating one market for another when they make great money in both.

Edit to add, I literally just yesterday viewed the list of brands on Sephora central, an employee database which listed which color brands were expanding (Pat McGrath, Charlotte Tilbury, etc), which were shrinking (Smashbox, It Cosmetics, etc) and which were leaving (Cover FX, Stila Buxom). Skincare wasn't posted but fragrance just said that Volopsa candles or whatever were expanding and KVD was leaving."

Oh wow. This makes a lot of sense now.

Oh wow. This makes a lot of sense now.
3
Reply

Thanks for the info @RNGesusPls . And here all last year I thought it was Sephora slacking on the stocking, pretty lame of CoverFx to treat one of its major retail partners like that. I guess I'll be buying direct from here on out

Can't say I'm bummed about the others though. KVD has been an overall no for me and I have so many samples of her stupid fragrance line I could easily fill a FS bottle with all the samples I've given away and I still have more to spare. Stila and Buxom haven't done anything interesting in, well, ever to my recollection. The Stila liner was nice but I'm more of a gel-pencil type myself

Thank you for posting this information !!! I’ve only fairly recently discovered Cover FX.  I have their super power antioxidant booster drops and love it. No wonder during one of the Sephora sales, I struggled mightily to find stock. Out of stock everywhere or only one bottle left that looks worse for wear. I thought maybe it was too popular but still a little strange. Yet Ulta has nice good stock. Wonder what brands will be discontinued. I don’t know who the new CEO is but he or she seems to be making quite a splash if the rouge reward program is any indication.

Yeah for such a long time, I haven't seen any of the blush/bronzer duos restocked. They were usually empty. And no Gripping Primer too 😞

Cover Fx, Buxom, and Stila are 100% leaving. I edited to add more info to my original comment

@Brutalitops You can still get them at Ulta. Maybe their contract is up.

Someone else posted that it will be an Ulta exclusive.

@SportyGirly125 thanks! Though if that's the case I'll probably go with direct sales

I was never into them until I tried their blush duo now I'm hooked! I love the bronzer too!
2
Reply

Does anyone here know if Sephora is discontinuing Cover FX? Nothing is even showing up in my shade range for any of their foundation or concealer products

I hope not, I see what you mean though. Most of the OOS i...

I hope not, I see what you mean though. Most of the OOS items still have the email reminder option, so 🤞🏽🤞🏽
4
Reply
1 Reply

@danielledaniellesame, it's a favorite of mine and I was already bummed they stopped carrying it in my local store. I can't even look up a shade match- it shows like there is one but it just comes up blank 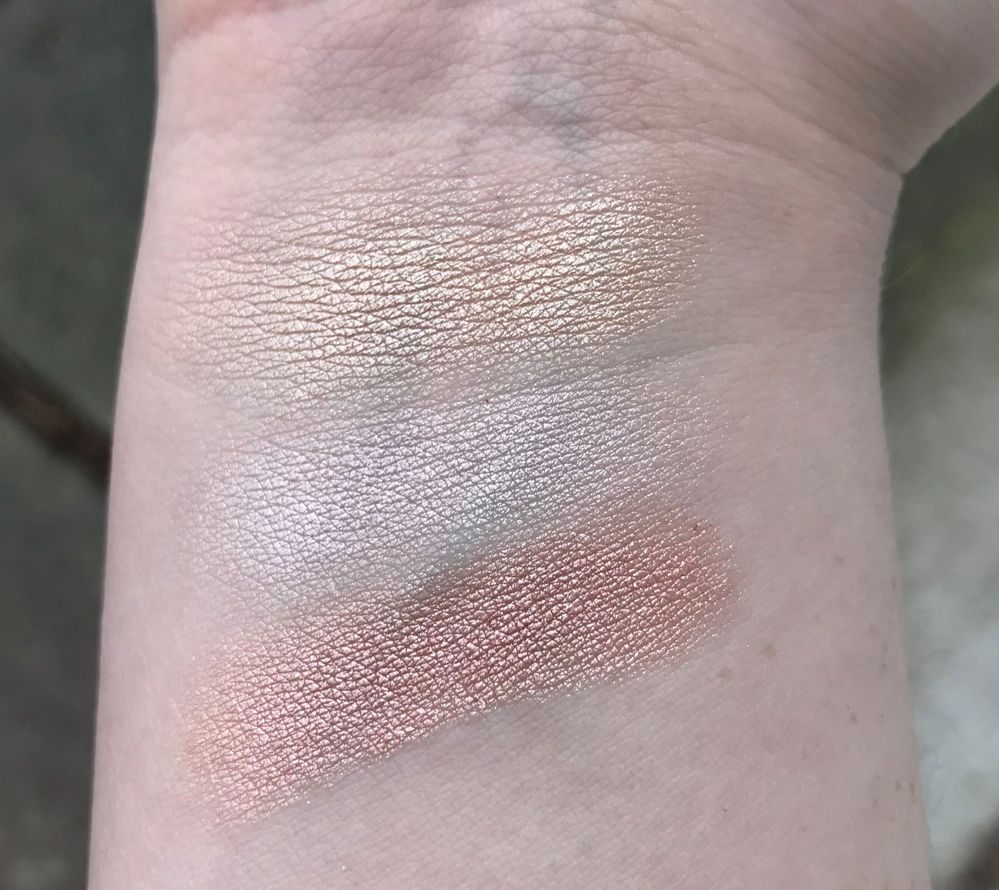 This was posted in the deals too good to pass up thread. @IndyQT317 If you’re also needing foundation you can now get the sunscreen for free! 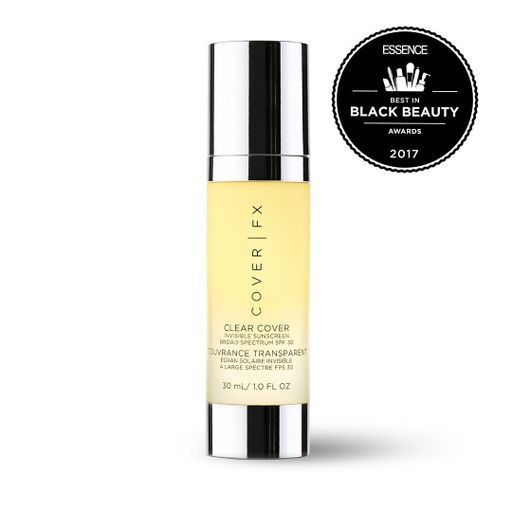 Hey @Maria88. I'll try later in the week to see if it's available. I attemped to purchase three times last week and the site must have been out. Although it didn't say it was out of stock.
2
Reply

Cover FX is one of the only brands that matches my exact skin color and addresses my issues of having acne prone, sensitive skin. Love that’s its vegan, breathable but still provides full coverage! Before using this brand I had to chose between full coverage or healthy but with them I can have it all. My hyper-pigmentation appreciates this! I wish more people knew how great this line is. Such an underrated brand!
6
Reply
4 Replies

151 Replies
Conversation Stats
Photos25
Are you sure you want to uncurate this?
Cancel OK
testing