Start a Conversation
Add a Photo
Turn on suggestions
Auto-suggest helps you quickly narrow down your search results by suggesting possible matches as you type.
Showing results for
Search instead for
Did you mean:
Post in Brand Loyal
Posted 03-07-2015 | Updated Wednesday

I was planning to visit holts in van tomorrow to ask whether they are doing preorders on the summer collection!

They used to have a very nice counter manager in Vancouver, but now I think she transferred to Dior counter.

I can't wait for Nordstrom to be opened here in Vancouver! I am feeling very excited about it 😄

Nordstrom just opened in Ottawa on Friday and I gasped when I saw that Tom Ford would be available. For now, they will only be carrying the fragrances and the lipsticks. They had the permanent lipsticks, the lip shines, and most of the mattes.

I was happy to be able to pick up Pink Tease and Ruby Rush. I still want First Time but they had sold out.

I was able to speak to the Tom Ford representative that is in charge of all counters in Canada --she was super sweet but didn't know much or didn't want to reveal much. I had specifically asked if there were some LE shades or older shades coming back such as Negligee, Pure Pink etc since some are available for pre-order online in the States. She said that it must be something that those retailers are doing on their own because as a company, TF did not make anymore of those shades. So I am hoping that that is not the case because I wouldn't want old products --meaning I would love to order Pure Pink but not if it's not newly released.

The beauty event started at 7:30 am-9:30 am outside of the store before it officially opened. When I got there at that time, there were already at least 300-400 people eating, getting makeovers, buying make up! 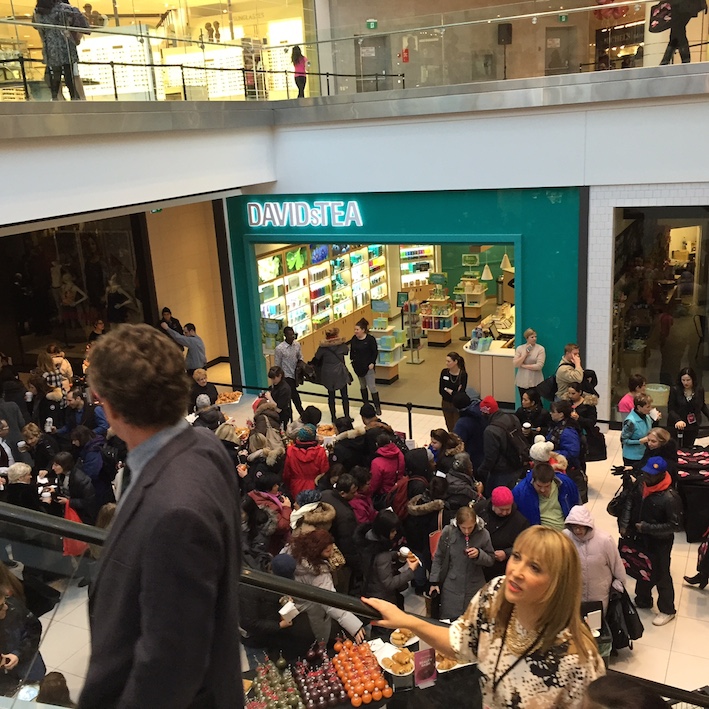 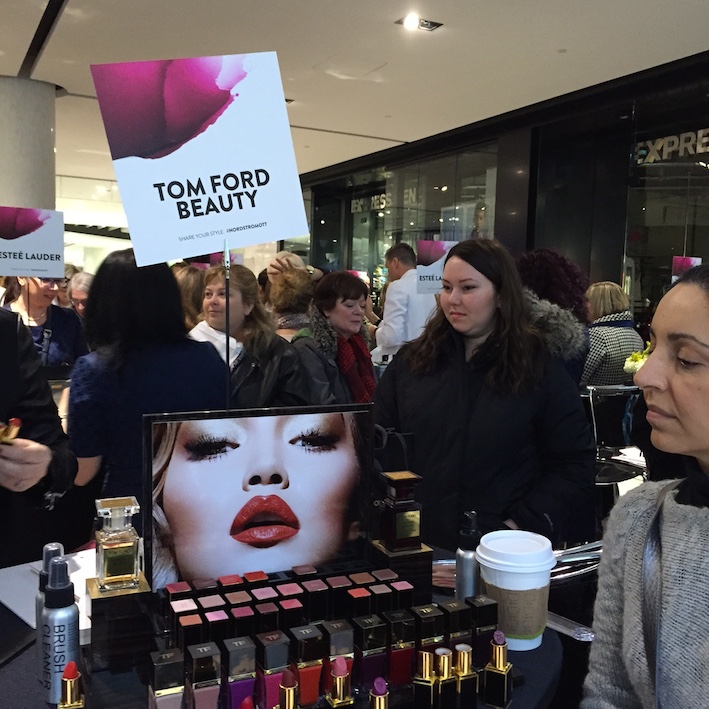 The bag that they gave out is super nice--its made of really thick cotton and big! I'll be using this bag a lot. There were about 15 samples inside the bag and many of the beauty brands had great GWPs.

That is Tyler! He is great. I am so glad he is now in that postion.

Tyler is the one I bought the 2 lipsticks from--he's super sweet and helpful! How do you know him?

Just through my beauty addiction 🙂 He used to work at the SDM beauty boutique downstairs at Rideau.

For those who missed last year's Spring Lip Color Sheers, two of them are back for pre-order at Saks (ships by 05/28/2015) - Paradiso and Sweet Spot.

I also noticed that they have 2 of the 2015 lip sheers for pre-order. Lust and sultry. These 2 are first and 3rd colors (pic from bubblymichelle). First I have seen of them though started hearing about them with the recent eye duos.

Dumb question, does anyone have the swatches of these? 🙂

I posted swatches on the Spring 2015 collections thread. It's on page 67.

Okie, so I go there and look (thx). I think I want unabashed and lust. Do you know if the color last? (My lips tends to eat lipsticks lol).

I have tonnes of his lipsticks but not one of the Shines. I heard that they don't last as long as the permanent range but that's expected of a shine formula.

The Make Up Box has a review with lip swatches of all 4 new lip shines. It's from her Jan 16 blog entry called "Tom Ford Spring 2015 Lip Color Shine Releases"

I'm excited to try Lust and Sultry - thanks for posting! 🙂

omg that's really great to know, I've regret not buying their sheer lip colors last year, this is a great opportunity to get them now 🙂 thank youuu ❤️

Not sure if anyones asked but do any of you know if Sephora will start carrying the TF Lipsticks and that?

would love to buy some, missing the Boys too since currently theres no shipping to canada 😞 so im curious if Sephora will be carrying more then just the fragrances

"Tom Ford will never be carried at Sephora" -  more or less (ETA) quote from a TF rep.

The way that's worded just rubs me the wrong way

theaccounting, maybe I should qualify that so as I am not inaccurate at all.