Start a Conversation
Add a Photo
Turn on suggestions
Auto-suggest helps you quickly narrow down your search results by suggesting possible matches as you type.
Showing results for
Search instead for
Did you mean:
Post in Savvy Shoppers
Posted 02-22-2021 | Updated Friday 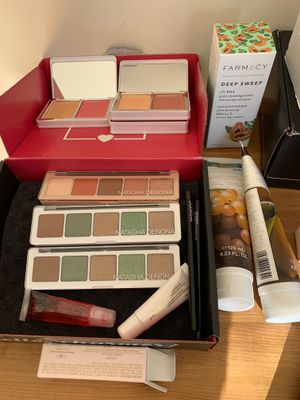 just the better parts of my boxycharm pop up haul. I’m happy the Natasha denona palettes were in the new packaging, not old. I picked up 3 blushes, 2 of the 5 pans, and then one old November boxycharm box with another 5 palette which is called “peak” and was a boxycharm exclusive. Pretty happy with my haul.  Everything pictured here was under $100, including the farmacy toner and Korres body butter.

20% Off at SpaceNK with code 20OFFSNK - not sure when it expires, but it ends up being mre when you look at their already discounted price on Charlotte Tilbury.

Laura Geller has two February Mystery Boxes for sale.  I get an error trying to upload the screenshot but the info is available on her site.

@Ispend2much6Seems like a lot of people are having issues posting photos.  I wonder what's up with that.  @TeamBIC Any insight on this?

@itscarin   I wondered if it was because my image was animated, but I don't know for certain.

30% off *select* items at Armani direct with code ICONS30.

The 10 select items are: 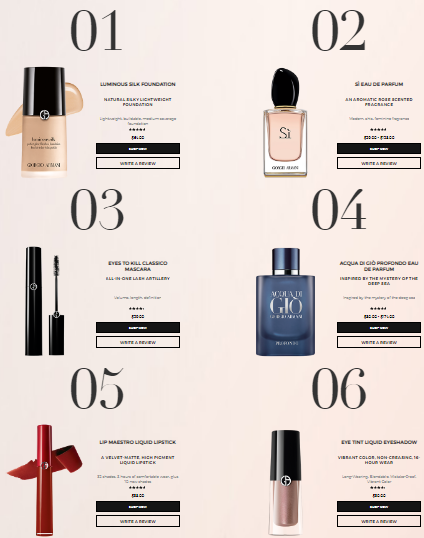 I have/had 1-3. I'm all set with these items atm, but the foundation and mascara are cult hits for a reason. 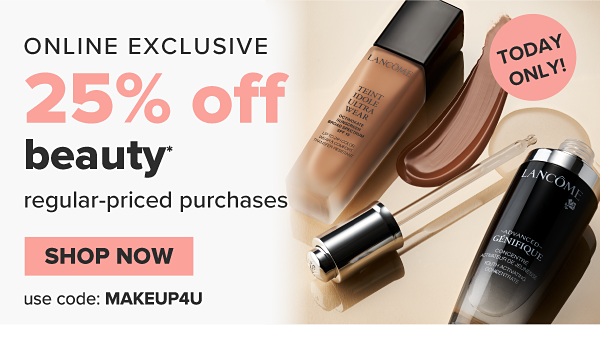 Via BonBonCosmetics dot com: Heads up Laduree fans,  12% off all Les Merveilleuses LADUREE items*. The code is LMLSALE. This promotion ends 28 Feb, 9GMT.

@LCResz  How have been your experience shopping on BonBon website so far? Do you order from them often? Appreciate your thoughts

@Zvezdochka I’ve purchased a few limited edition Cle de Peau items in the past and found the service to be friendly and efficient. Shipment is a little slow but not unreasonable.

View Your Deal dot com has deals from Dermaflash and Dr Brandt. Deals expire at midnight on February 20. Free shipping with both companies.

This is the final day of Pat McGrath Labs VIP sale 25% off site wide. Exclusions apply.

Live Savvy Shoppers dot com (Live with Kelly & Ryan) has a good deal on Aquis Original  Lisse Hair Towels and Lisse Turbans at more than half off. Also they are offering their Waffle Turbans. Free shipping with $75.00 . Deal ends 2/19/21 at midnight.

From My Subscription Addiction: 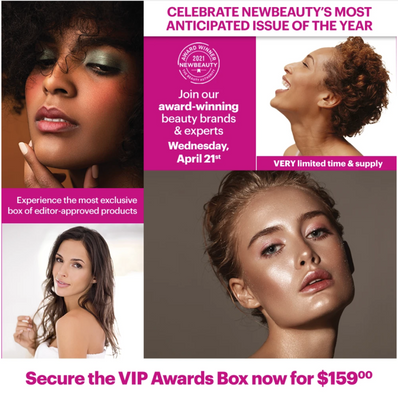 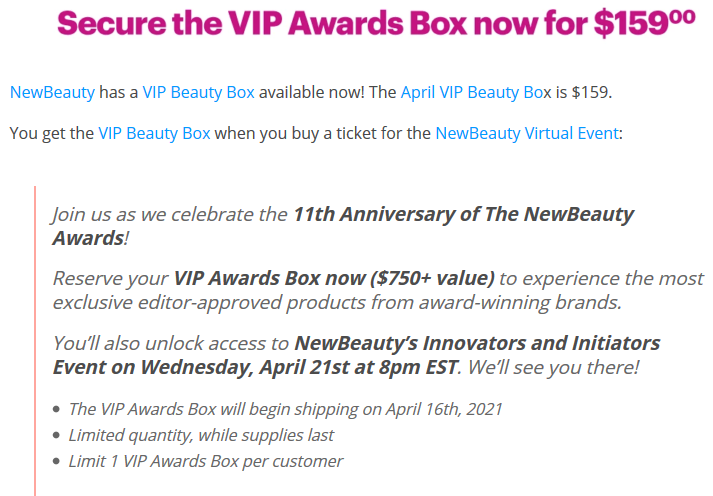 @Ispend2much6 Thanks for sharing!  I have seen this come up before.  Here are two previous boxes from 2020 for anyone who is thinking about this: 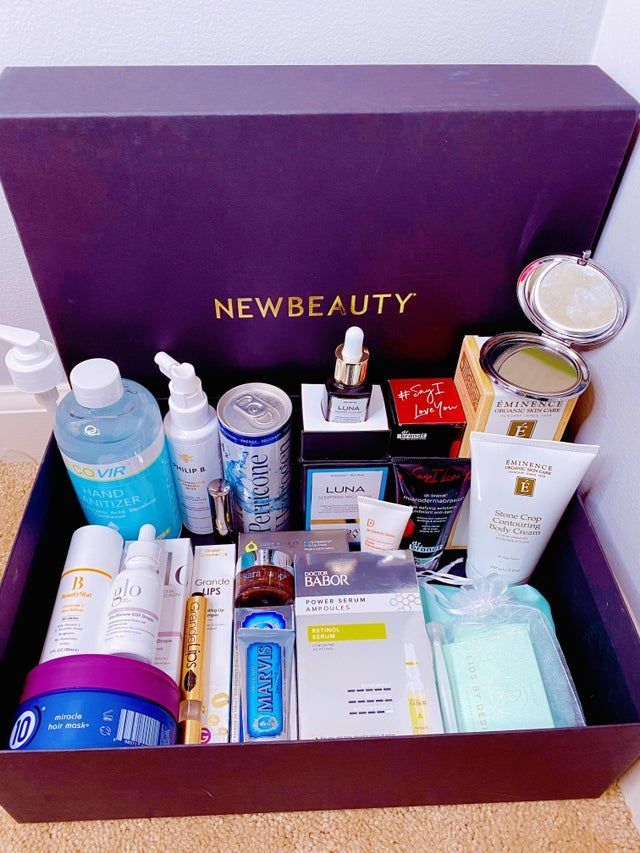 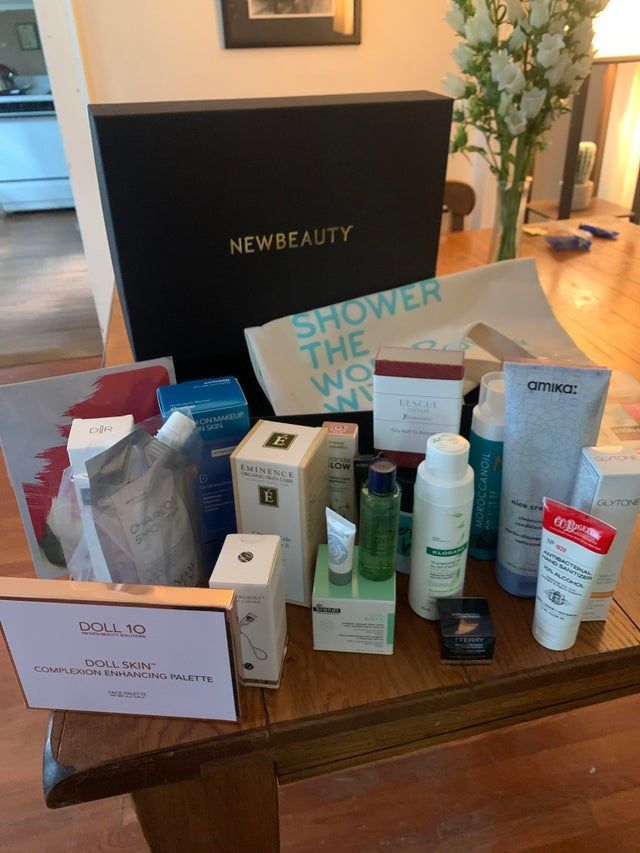 Ever since I read about the Valsartan drug recall, I'm weary of anything made in China.

@itscarin   Thanks for the past boxes photos- I didn't find those when I searched for some reason.  Now that I see them, I may regret my decision to purchase this as my bday present.

I think I remember reading that China issue with beauty boxes; maybe not all of them or all products, but wasn't Boxycharm involved in that?  I hope the products are correctly labeled if so.  Did you happen to hear anything about that?

These boxes are supposed to have high-end products in them...we'll see.

Totally agree with you about being concerned about drugs/cosmetics from China.  Hopefully we will continue to pursue manufacturing our own, like we used to.  That's not a guarantee, but it seems more likely to be safe.

@Ispend2much6 Yes the 111Skin thing is something I came across in connection with BoxyCharm.

I'm on the fence about this issue because on one hand I can see how some of it is fear mongering.  Cosmetic companies, for example, often warn about counterfeit cosmetics and show the counterfeit labs where these items are made, and yes, they're truly disgusting.  I wouldn't knowingly purchase a counterfeit anything, but I would buy from an "unauthorized" retailer, provided I did not have a reason to think the item was counterfeit.

So much stuff is made in China, and for the most part, it's fine.  But then you read about some drug manufacturer in China that decided to cut corners by using a cheaper solvent to make a drug, and it erodes any trust you may have had in Chinese health and safety regulations.

I mean, who knows?  There's a $39 jar of Glo Recipe Banana Souffle Moisture Cream coming in my March Box of Boxy Charm, along with some items, and I only paid $25 for it.  Maybe the Glo Recipe is produced more cheaply in some manufacturing plant other than the one it normally is manufactured in, and they keep their costs down by using some known carcinogens.  😐

I have no idea why this stuff is so cheap!  LOL, conversely, I also have no idea why some make up is so expensive.  Yes, the packaging is a factor.  I remember someone once said 'this drugstore face powder is the same as this high end face powder because they have same ingredients' and someone else pointed out that yes they can be the same ingredients, but not necessarily the same quality.  I guess a more tangible example of this is cashmere.  Like, yes Banana Republic sells cashmere, but is it the same is Burberry cashmere?  Nope.

Sorry about going off on the tangent... I'm just allergic (mentally) to stuff made in China lately.  And I'm very salty about the blood pressure drug recall with the known carcinogens.  So much blame to be shared -- FDA didn't do Americans any favors either.

@itscarin   You're fine; what you are saying makes perfect sense.  FDA releasing any type of medical without testing adequately and saying it's safe is not good.  Let people who want to take the chance and have no alternatives use it, at their risk.  But don't do your stealth testing on an entire population.

One aspect that I wish was different is being able to easily and adequately know where the components to beauty products, supplements, and medications come from.  I don't know if there is anything of these made of 100% USA materials, even if made here.

I don't know how long it will be available, but Trendmood has a Boscia box with body products up. $32, free shipping.  Shipping available in Canada!  Sorry for the sloppy editing repeat at the end. 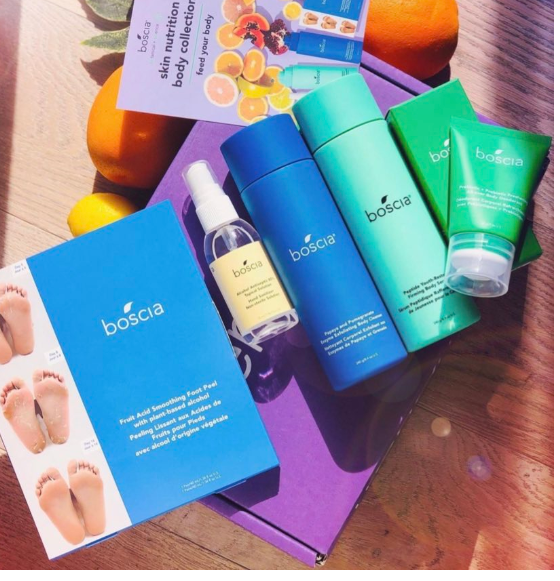 *Enter code 20YAY at checkout to receive discount. Ends 3am EST on February 16, 2021. Code can be used multiple times per customer up to a maximum pre-discount spend of $789.55 per order. Can't be used with other promo codes or on gift vouchers, delivery charges, Premier Delivery or ASOS Marketplace. Country exclusions apply. Selected marked products excluded from promo.

Most of their things are 10% off and with the additional 20% off it works out to be 28% off.  There's some Charlotte Tillbury, Sunday Riley, Caudalie, Olaplex, Benefit, MAC, etc.