Start a Conversation
Add a Photo
Turn on suggestions
Auto-suggest helps you quickly narrow down your search results by suggesting possible matches as you type.
Showing results for
Search instead for
Did you mean:
Post in Lip Lovers
Posted 11-13-2019 | Updated 2 weeks ago

Wondering if the Lisa Eldridge lipsticks are worth hunting down? Thoughts?

Jennifer @allfeisty has posted a comprehensive guide to Lisa's new eyeshadow palettes. In particular, with Sorcery and Vega palettes, she shows how to place the eyeshadows so they are distinctive (and reduce over blending). The video is long but has lots of timestamps. Having used the palettes multiple times before posting, Jennifer's review is the most thorough I've seen on these palettes.

Did you order any @TraceyEB ?

Thanks so much!  I'll have the lipsticks next week.  I think the velvets are excellent if you like a soft, creamy, opulent opaque lip.

@allfeisty, I didn't realize you were in BIC! The thoughtfulness and thoroughness of your review is much appreciated! I have (too) many of Lisa's velvets and love how creamy and opaque they are. Look forward to your thoughts on them. I've got my eye on The Dutchess. 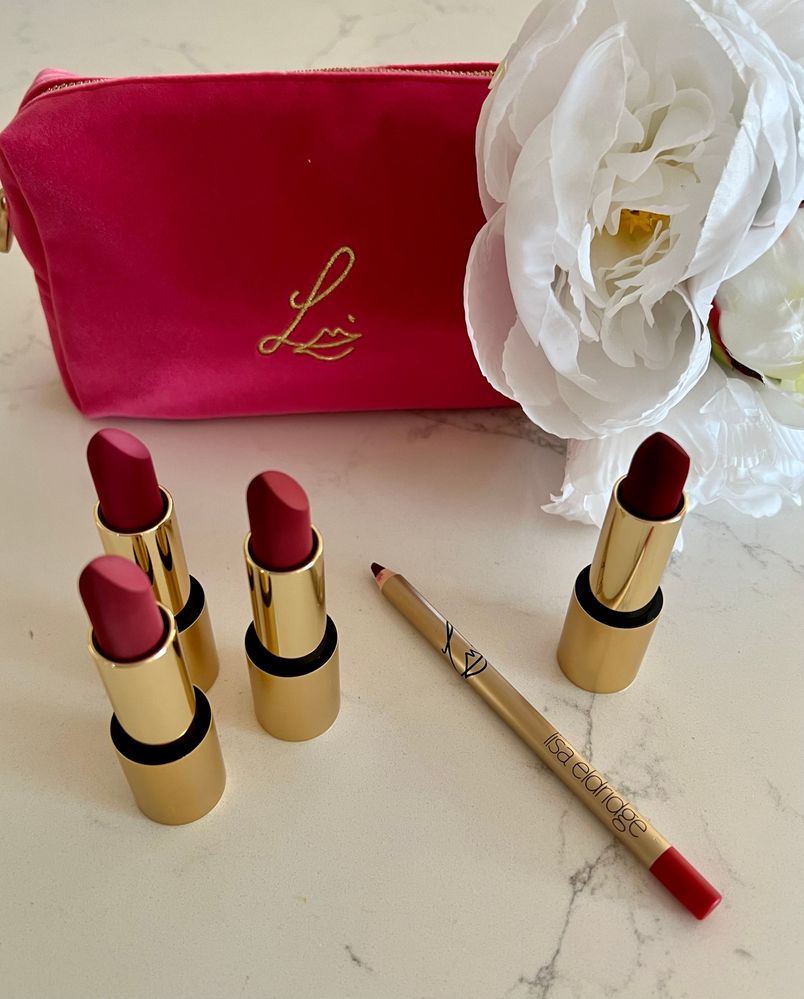 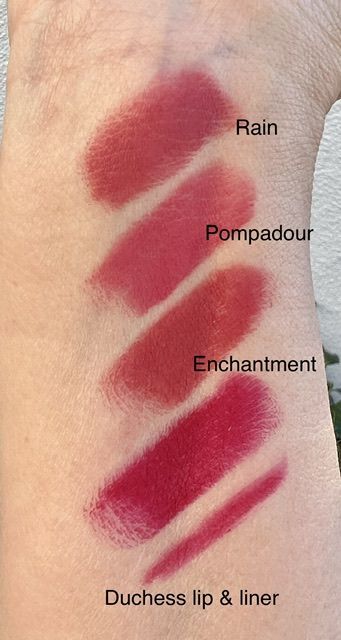 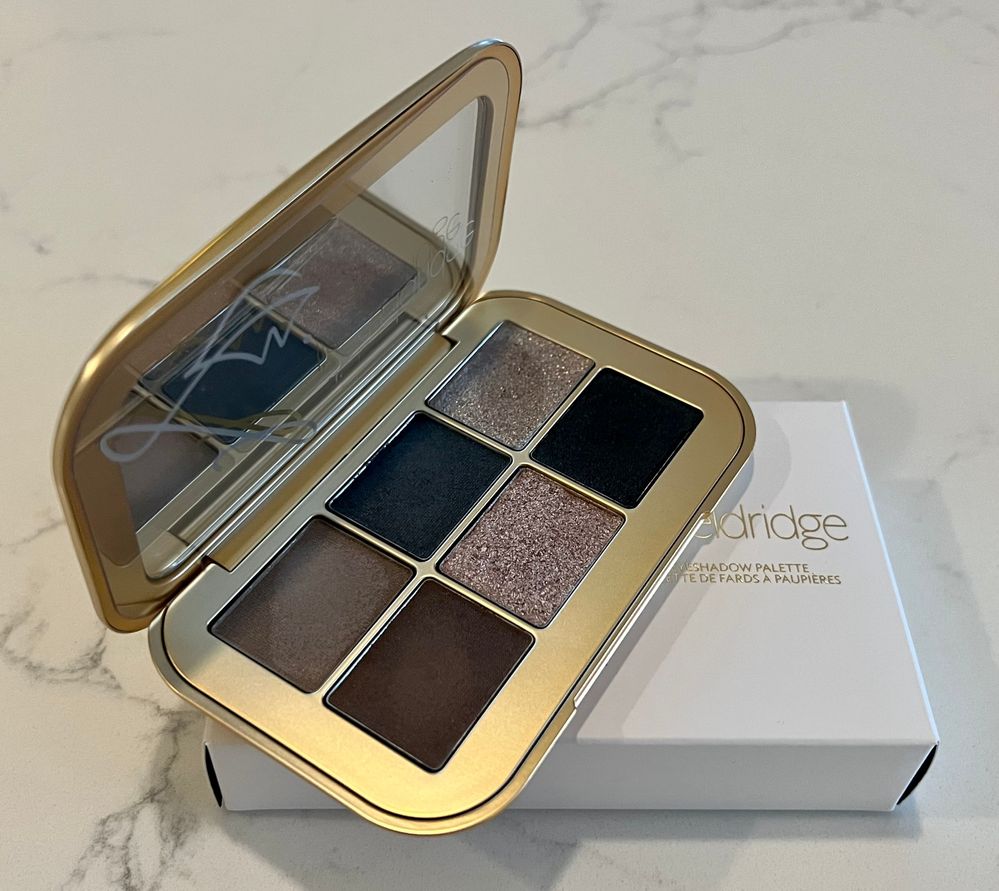 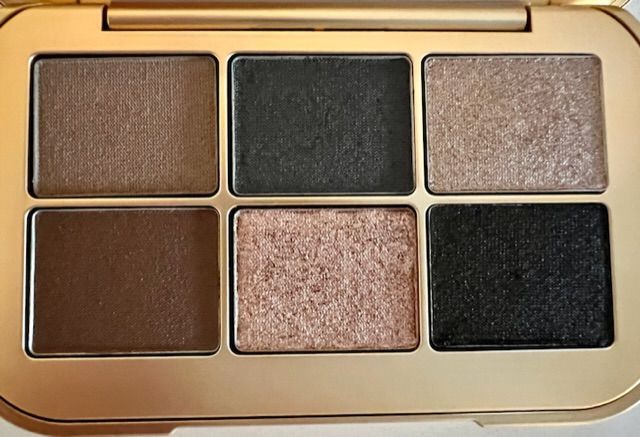 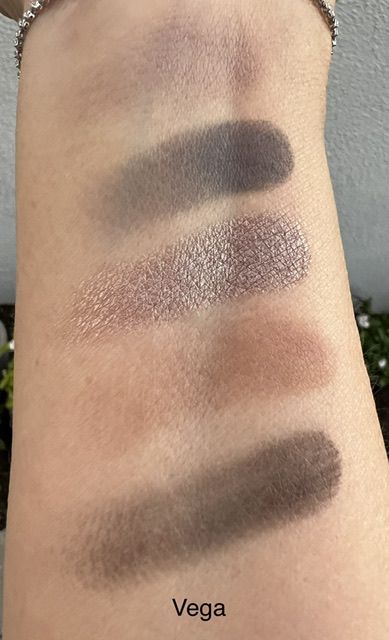 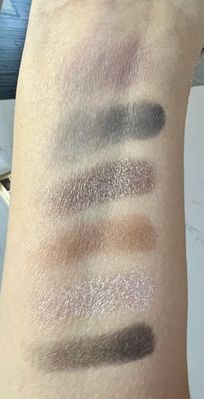 I tried the palette for the first time today and it was such a struggle!? Did you try them yet on the eyes @Sunnysmom . I kinda felt like they wouldn’t stick, then if i tried an unset base they wouldn’t blend. Either way ended up so patchy i can’t figure it out. I watched a video of babsbeauty and it seemed like she had a similar experience. I’m going to try cinnabar on it’s own tomorrow otherwise I don’t know.  I ended up wiping everything off and just applying dior copper velvet with LE Zora lurex. Editing to add the shimmers seemed fine but the mattes gave me issues. The lightest shade in Vega barely showed up on me and the one below it wasn’t that much darker.

I agree @aviscardi , it is a bit tricky . I used a few different cream shadows which helped the mattes seem less patchy. Those are my problem children. The other shimmers worked fine  but the light shades are definitely that and take multi swipes to show up more. I wish she had done more satins and shimmers and less mattes. Imho. I wonder how Sorcery performs. Wanted to try that one but maybe it’s ok I didn’t yet. I’ll keep working with these for now and with different brushes. Which brushes are you finding work the best for you?

TBH i think I’m going to return it. Probably should have only gotten one but I’ve loved everything from her thus far, even the liquid eyeshadows but I don’t think i like cream to powder.  I used rephr and WG brushes, i only have 1 synthetic but didn’t feel like it made a difference it kind of just fluffs off the brush. Even tho it stuck better to a shadow stick then it wouldn’t move to blend. I don’t need ND level of pigment lol but i don’t see the $ corresponding it should be effortless.
I loved moonswirl!? But dior beige mitzah is probably very similar anyway. I normally prefer mattes but i also couldn’t tell a difference between the seamless matte and velvets. At least next year when she releases the empty palette to make your own it can be all shimmer if you want lol @Sunnysmom

@Sunnysmom do you notice a difference between the seamless matte and velvet? When i got

home i decided to try them again 1 palette on each eye. The look was ok but i seriously had to build and the payoff just wasn’t there. I wonder if others are having similar issues with the mattes?! I do think you have something to that, it needs to be a very light thin base in order to stick without getting stuck. Lol.  I don’t know,  i would try to make it work but for the price i don’t feel like i should have to.  The lurex was so easy that I’m surprised to have more difficulty with a powder product. Il have to watch more reviews just out of curiosity. Kackie ordered 2 and was sent 3 and seemed to really like them.  But honestly from what i saw it kinda seemed like it took forever for the color to build and went a little muddy.

@aviscardi @Sunnysmom  I ordered 2 mattes: Violet Stone (velvet) and Smoke & Mirrors (seamless matte). I've played with them 3 times now and they're just okay at best. Bear in mind that Viseart's mattes are my gold standard. These 2 LE mattes don't perform as well as  Viseart's. They're not patchy on my lids, so that's a positive. They didn't blend into dust off my skin, and the velvet did blend more easily for me than the seamless matte. Not as easily as a Viseart matte though, or even a Natasha Denona creamy matte. Also, with or without primer, these 2 shades have to be built up a lot on my skin tone—which was very surprising with Smoke & Mirrors in particular. Getting a simple smoky eye with these 2 shades + the 3rd one I ordered (Tomorrow's Party, a non-sparkly metallic) took far more effort than it should've.

Also, I'm disappointed by Tomorrow's Party. It's not awful. It's actually a kinda nice buffing/blending shade for me. But calling it "metallic' is a stretch. It's more of a satin, though I guess I can see the metallic finish via finger application—but even then, it's not much of a metallic punch.

If these 3 shadows were priced much lower, I'd maybe feel less annoyed by their performance. I'm just glad I chose to buy 3 singles instead of a full palette. I realize it's a bit unfair to judge a brand's entire line of eyeshadows on just 3 shades/formulas, but I won't buy more of these. Lisa's liquid shadows are much better performers.

@WinglessOne actually the best metallics I have found recently is PMG new holiday 5 pans. These are so incredible I actually bought backups in the most recent sale! I know they are more neutral tones though and I could be mistaken, but I don't believe you are in to neutral tones?

@ChristalM  Yeah, I'm not normally a neutrals gal. But I did consider buying Pat's holiday bronze 5-pan for travel purposes. I talked myself out of it because I can probably dupe most (if not all) those shades in some of Pat's other palettes and some Natasha Denona palettes/singles, plus I have Pat's 6-pan MTHRSHP Metalmorphosis which is a good metallic travel buddy. I keep going back to the 5-pan online though, so at some point I'll probably buy it—if it's ever back in stock at Pat's site. (I'll be surprised if Sephora gets a restock.)

I'm glad you're loving the 5-pans! I've rarely (if ever) had issues with Pat's metallics in terms of performance. She consistently knocks that outta the park.

@WinglessOne Agreed! I bought two metalics. Tomorrows Party and Moonswirl. I too am disappointed in the term metallic. They are nice but not metallic and wow for the size and price is unbelievable. Will not be ordering more for sure.

Thanks for your good insights  @WinglessOne, I was gonna tag you on the liquids again and ask you if you had any new thoughts. . I still find Viseart better to work with if I want a matte and to be honest I’m much more of a satin person throw in some shimmer for fun. Toppers and sparkle just don’t work for me that easily. Boo. We shouldn’t have to work this hard on these which is a shame as colors look so good and wearable. I do appreciate the aesthetics of the sleek palette however and some of her lips are still among my favorites. Maybe we need her to do a 1 on 1 application with us and show us how to make them work. Lol.

@WinglessOne yes exactly to that point. If i am having a hard time to get most of them showing up then how can it perform for deeper complexions. It seems to be a difference of what the base is under but i don’t want to work that hard for e/s. That was part of the appeal for lurex to me they took so little effort. I took years off eyeshadow and was just wearing mattes. I have a small palette of mattes from Mac and abh -and a few singles from MJ and dior.  I really should have tried viseart when they had their sale but i was thinking i just got LE and didn’t want to get too much at once. Definitely a disappointment and yes i agree it’s probably due to the price.

ps - did you guys notice they edited the description online to now say satin/matte. Someone mentioned mac veluxe pearls and i instantly thought that’s what the ones in cinnabar reminded me of. Which is not a bad thing but more so for a satin shimmer , moonswirl in Vega had more shine

I did not notice that @aviscardi , interesting. 🤔I did not fare much better with the matte shades today and agree they are similar. 😕 I’ll keep working with them tho it’s a lot and because I’m not a quitter lol. It won’t be the first or last shadow palette we get but still a bit disappointing. I’ll probably have to try her liquid soon and maybe Violette’s version too.

I feel like the matte has more of a drag to it than the velvet @aviscardi but I’m going to wear it tomorrow so I’ll see how it is again and report back. I will also try it several ways. It feels pretty arduous to do all this tho for sure! Lol. I’m kind of a blend it fast kind of girl and if I do too much more it usually ends badly for me! 😆

Is the matte supposed to be cream to powder and the velvet regular? they kind of both felt that way maybe less so with velvet LOL but maybe that’s why it supposed to be tapped on instead of just blended like normal, although I don’t remember seeing her do that in the video. It is a lot to make an eyeshadow palette work when nowadays there are so many options. I’d be more inclined if it wasn’t so pricy. kackie tried violette it looks like a liquid lipstick very pigmented

@aviscardi I don’t think so. Matte just says soft matte texture with touch of luminosity etc. Velvet says creamy matte powder but I didn’t get cream to powder at least on me. So today I used a Sephora eye brush and they blended ok actually and looked pretty tho the Luminous barely showed up when I added a dot over it. Sadly nothing lasted long at all tho. Even with cream primer underneath. That really surprises me. So many seem to love it and maybe they’re just not as picky as we are. Lol But also, we should be. 🙂 Yup, I think the V are very pigmented. I think I’d like them for a liner thing. Still want more of a wash that isn’t too much shimmer or sparkle.

That’s a shame @aviscardi , I get it. You shouldn’t keep it if it’s not going to work no matter how you try it. Nope. I think mine worked somewhat decently only because the Trinny cream shadow was so sheer that it didn’t stick too much. It’s too bad as I can’t imagine LE thought this would be so problematic you know? I doubt I’ll chance any singles or more palettes unless she does some tweaks to the formula. I have Mitzah too and love it! This is why I stick to Dior so often, can’t go wrong with most of them I think!

676 Replies
Conversation Stats
Photos136
Are you sure you want to uncurate this?
Cancel OK
testing