Start a Conversation
Add a Photo
Turn on suggestions
Auto-suggest helps you quickly narrow down your search results by suggesting possible matches as you type.
Showing results for
Search instead for
Did you mean:
Post in Beauty Confidential
Posted 10-07-2021 | Updated 10-19-2021

Did anyone else receive their Spin-to-Win prize yet? Mine arrived today and I know it was a "freebie" but I'm a bit disappointed. When I spun the wheel, it landed on the Ellis Brooklyn spot and as I've never tried anything from them, I was excited to see what I might get to try out. But this is what arrived today instead: 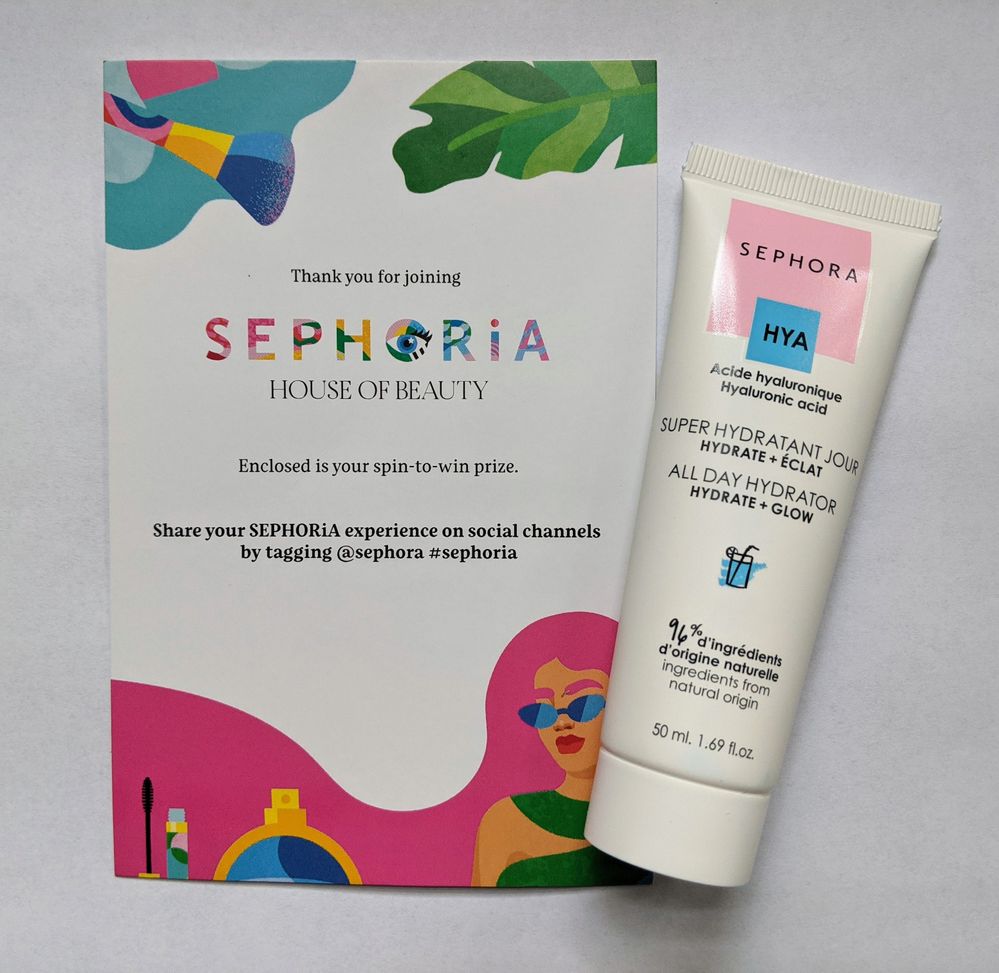 So now I'm wondering if we're all just getting a SC moisturizer? What was the point of having different brands on the wheel then? Maybe it's just my bad luck and some of you have gotten the other brands?

Just wanted to update that I did actually receive the Ellis Brooklyn parfum spray today. I do really appreciate that the Sephoria folks took the time to correct the mistake for the switches with the moisturizer and spray. Hopefully others will get their correct prizes soon! @PrettyPaint @faeriegirl @SportyGirly125 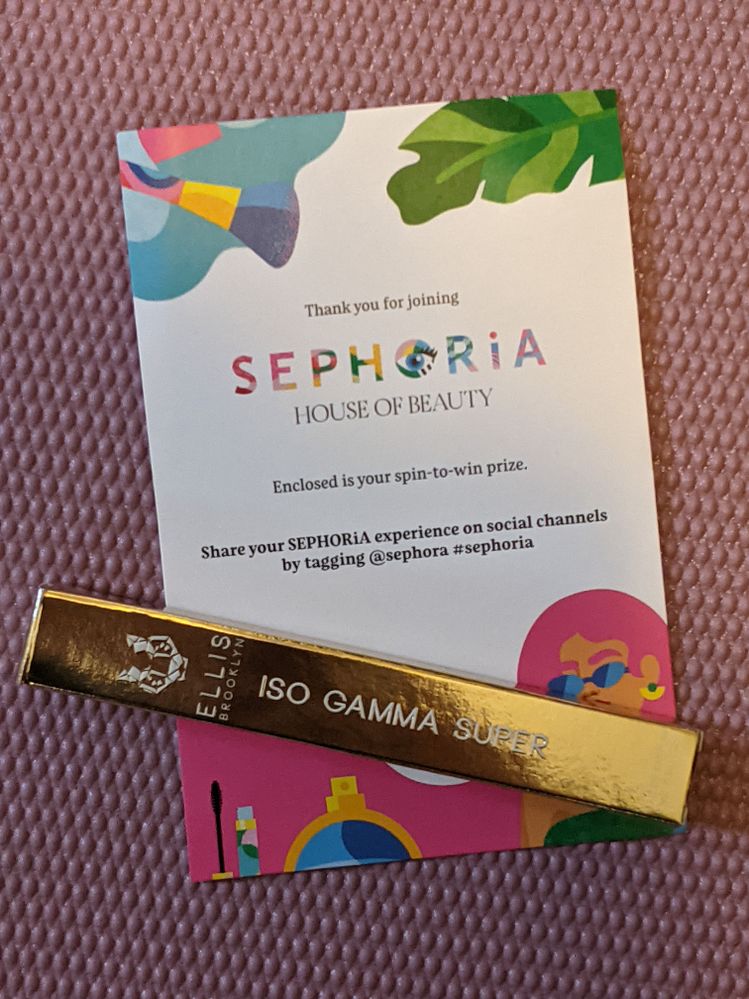 @quspork I finally got my Sephora Collection product.  At least I get to try all three prizes now.

@SportyGirly125 I'm glad you finally got the third prize! Have you had a chance to try the JVN yet?

@quspork I tried it last night.  I did not like how the hair mask made my hair feel afterwords.  It felt drier.  I like the dae Deep Conditioning Hair Treatment better from the Sephoria box.  At least that one made my hair smell good and made it feel silky soft.

Thanks for the update, @SportyGirly125! I'm sorry it doesn't sound like it worked out too well for you. At least the dae one sounds good.

@quspork No not yet. It’s in the shower for me to try tonight.  I only wash my hair twice a week.

I’m glad you got yours @quspork! Mine should be delivered tomorrow.

@quspork  That's great! I'm so glad you received the correct product. I hope you love the scent!

@quspork  That's so strange. I actually won the Ellis Brooklyn as well, but I haven't received anything nor do I have any FedEx tracking numbers for packages coming my way. I hope you can get the actual perfume!

@PrettyPaint I wonder if things were sent out in batches? Or maybe once they realized they had made a mistake on items being sent they halted the process to get everything straightened out? Hopefully your (correct) prize gets to you soon!

@quspork Thanks! Yeah, I kind of wonder if they delayed shipping for a bit once they realized wrong products were being received. I'm not in a huge hurry, though, as I definitely have enough perfume to keep me busy! 🙂

@quspork  Mine also said Ellis Brooklyn and I got the SC moisturizer too. The top was busted so it leaked all over the bag. 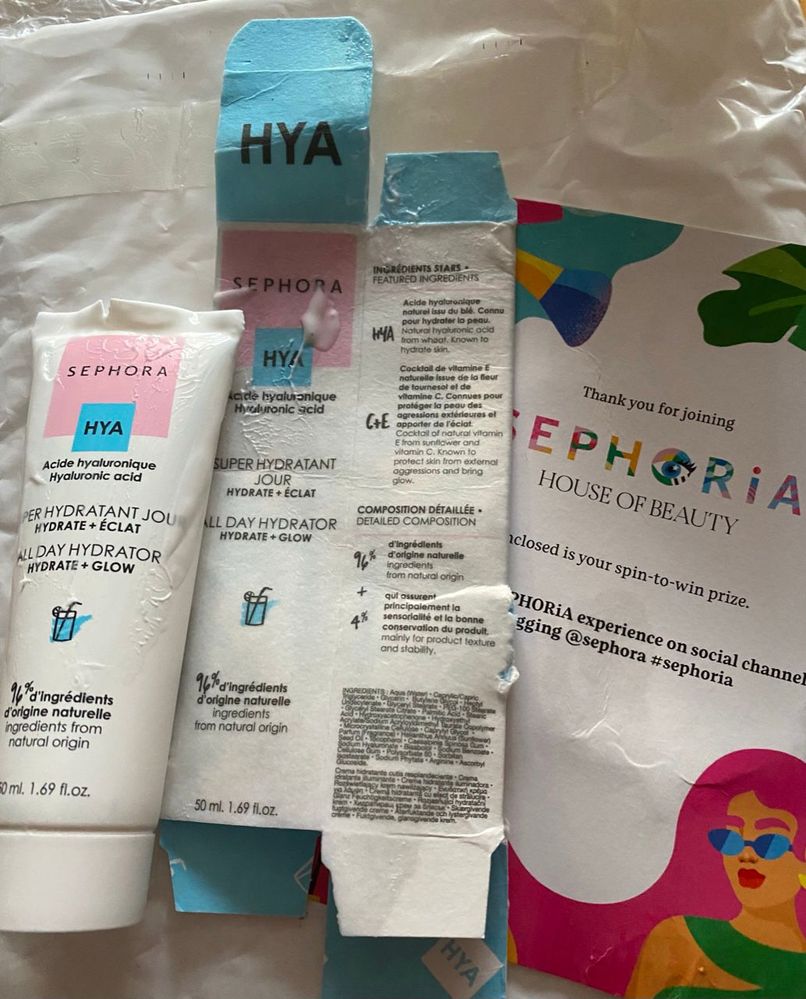 @faeriegirl Sorry yours arrived busted.  I hope you get the EB perfume that you won originally.

@faeriegirl @quspork Mine came in a bubble wrap but luckily wasn't busted.  I hope all this gets squared awy.

Ooof, that really stinks, @faeriegirl. I'm sorry yours was busted. The box mine came in was pretty banged up but at least it was all in one piece. I did see someone comment on reddit that they had originally received the opposite item but today received the item they were supposed to get originally, so maybe they're actually sending out the corrected items.

@quspork I won a prize for my Mom and I. I won JVN and Sephora collection. Today I got the prizes and got JVN and Ellis Brooklyn.  Did you try to contact Sephoria and see if they could send you the correct item? 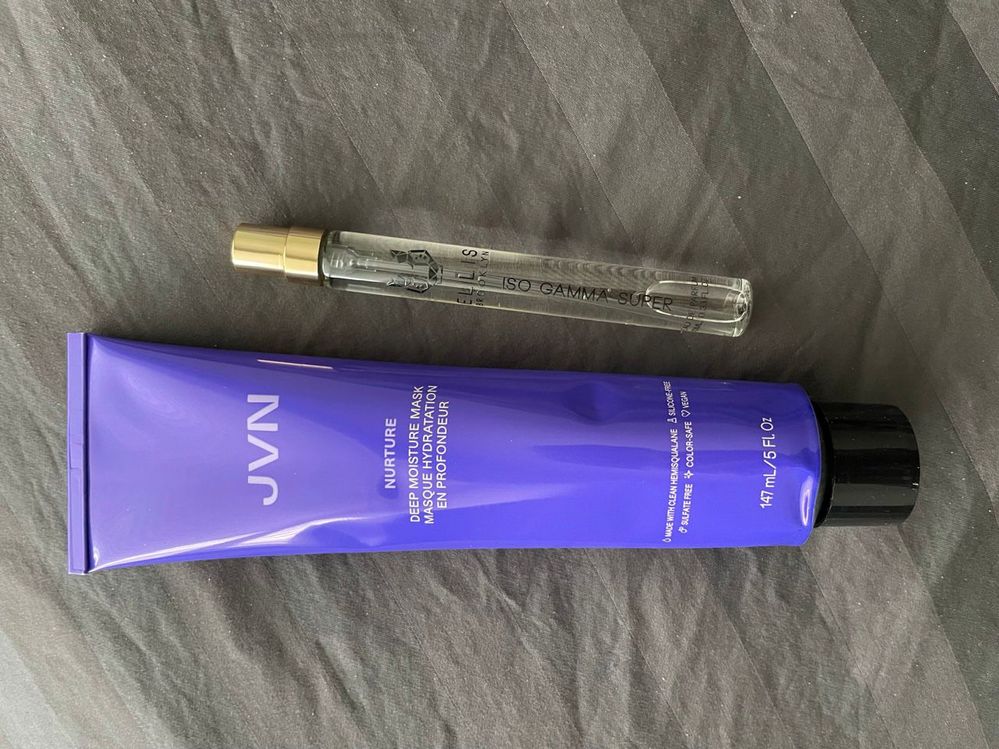 Thanks for responding back about what you and your mom received, @SportyGirly125. (That JVN looks like a great prize btw!!) In looking through some posts on reddit, it looks like they did switch the SC and EB gifts for pretty much everyone. I didn't plan to contact the Sephoria peeps, but I did just get a second FedEx notice for something arriving tomorrow. Someone on reddit said they just today received the item they were supposed to get originally with the second shipment, so maybe they're already correcting it? I guess we'll see tomorrow!