Start a Conversation
Add a Photo
Turn on suggestions
Auto-suggest helps you quickly narrow down your search results by suggesting possible matches as you type.
Showing results for
Search instead for
Did you mean:
Post in Trending at Sephora
Posted 12-06-2018 | Updated 12-07-2018

Share your love for everything coral and your awesome beauty finds! 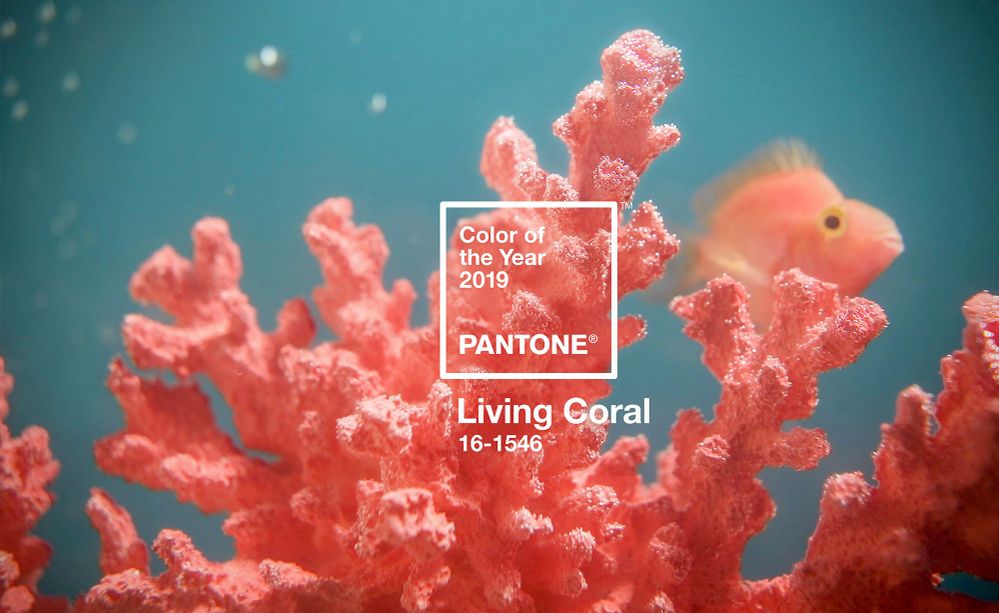 As December draws its darkest hours ever longer, inching moment by moment toward the shortest day of the year — in the northern hemisphere, at least — the Pantone Color Institute is striking a defiant tone. The global experts in hue have crowned "living coral" as their annual color of the year for 2019.

You can also call it by its official Pantone code, 16-1546 — though admittedly that doesn't have quite the same ring to it. It would also miss the point, in a way, since the institute selected the color for its "vibrant, yet mellow" life-affirming qualities — both our physical lives and those we lead online.

"Representing the fusion of modern life, PANTONE Living Coral is a nurturing color that appears in our natural surroundings and at the same time, displays a lively presence within social media," the institute explained in a release Wednesday.

Since naming cerulean blue the color of 2000, the Pantone Color Institute has been passing the crown to a new shade each year, basing its choice on trends observed in a wide variety of areas — including "entertainment industry and films in production, traveling art collections and new artists, fashion, all areas of design, popular travel destinations ..."

Living coral is receiving the baton from a cousin on the color wheel, ultra violet — which, as NPR's Camila Domonoske pointed out last year, is not to be confused with invisible ultraviolet (note the lack of a space!) light. That deep purple earned the laurels for its "originality, ingenuity, and visionary thinking that points us towards the future."

As for living coral, the future may present a more complicated prospect.

In this respect, a dark irony lurks in the fact that Pantone announced its honors for living coral on the same day climate scientists revealed that global carbon emissions are climbing, despite many countries' ambitious pledges to rein them in.

Pantone says it selected living coral partly as a way to remind people of "the desired, familiar, and energizing aspects of color found in nature."

"In its glorious, yet unfortunately more elusive, display beneath the sea, this vivifying and effervescent color mesmerizes the eye and mind," the institute says. "Lying at the center of our naturally vivid and chromatic ecosystem, PANTONE Living Coral is evocative of how coral reefs provide shelter to a diverse kaleidoscope of color."

And that kaleidoscope is to be found not just in the natural world but on our devices, making the color a perfect bridge for the modern world's complex dimensions, according to Pantone Executive Director Leatrice Eiseman.

"Color is an equalizing lens through which we experience our natural and digital realities, and this is particularly true for Living Coral," she said in a statement Wednesday. "With consumers craving human interaction and social connection, the humanizing and heartening qualities displayed by the convivial PANTONE Living Coral hit a responsive chord."

Living Coral is so pretty! I can't wait to see how its incorporated within beauty. Butter London polishes are so stunning!

I can't wait to see what will come out too! @HelenBT

Yesss something I can get behind! Although I was a big fan of last years Ultraviolet (made for some pretty beautiful nail colors). Now I feel less guilty about finally picking up the HUDA BEAUTY Obsessions Eyeshadow Palette Coralrecently 😉

@cianni  I almost bought it when it was on sale but talked myself out of it. 😄

Nope, not my kinda hue. Totally clashes with my 'do!

@veronika23 I'd love to have a beautiful piece of coral jewelry.  I am always inspired by this one:

@greeneyedgirl107 What a beautiful piece. So timeless. Thanks for sharing.

This is such a pretty color! I miss the Pantone x Sephora Collection collabs. This would have been a good one! Even just a lipstick.

@Mcakes @veronika23 Yes! Those collabs were (mostly) great! I would love the coral as a shadow set, blush, and polish. And as brushes too. DEFINITELY not a nail ring... because nobody needed that.

Definitely with you on that... especially the shadow set! @NotCrocker

I miss those collabs too @Mcakes! The first few ones were good! Although I still remember that nail ring that just wouldn't leave the site. 😄 😄 😄

I wish I had purchased these brushes... still regret it. 😞 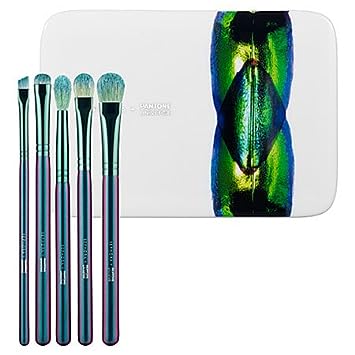 Oh yay! I am so excited for all the coral pretties, makeup and otherwise. Love this color! 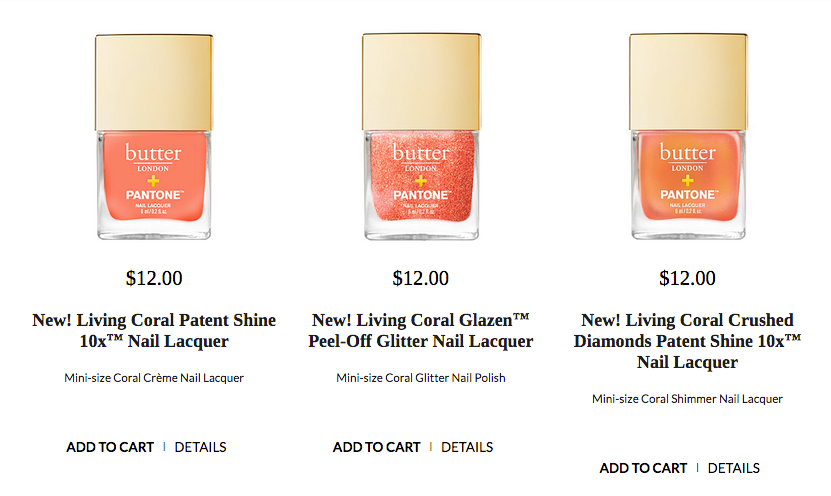 @veronika23 LOVE this shade, especially on the nails. 🙂

Ooh what a pretty color!

I love this color! I love the warmth, beauty & elegance of it.
4
Reply

I AM SO HERE FOR THIS COLOR!!

24 Replies
Conversation Stats
Photos5
Are you sure you want to uncurate this?
Cancel OK
testing