Start a Conversation
Add a Photo
Turn on suggestions
Auto-suggest helps you quickly narrow down your search results by suggesting possible matches as you type.
Showing results for
Search instead for
Did you mean:
Post in Haul Stars
Posted 12-02-2021 | Updated 12-16-2021 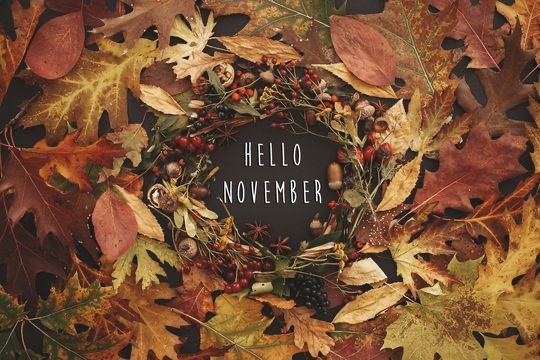 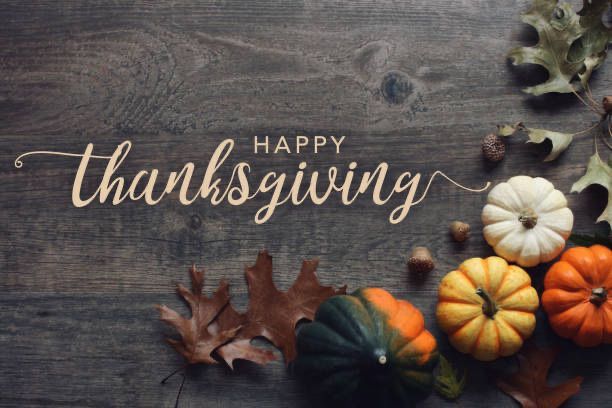 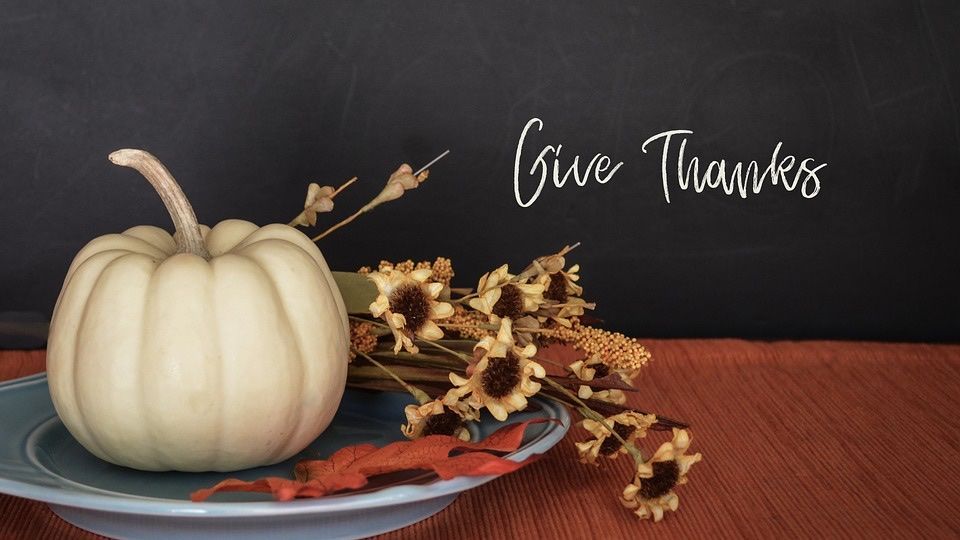 Thanksgiving is slowly approaching and it’s time to start Christmas shopping if you haven’t done so. Good thing the Sephora sale is happening soon.

The higher the tier, the bigger the savings and the more time you have to shop:

Please share your hauls for this month and Happy Birthday to all the November babies.

@lmaster   It's a pretty heavy swatch as it is a very soft powder, but yes, it does pop!  I just didn't want to give you the wrong idea if you were interested. 😊

@Ispend2much6 That highlighter is so cute and stunning.

So cute @Ispend2much6 ! I got a few of this little collection too. I like the French Kiss too and lips. Bummer about the highlighter though. 😕 I didn’t get that one.

@Sunnysmom  I think the highlighter would be a great shade for you.  It's a little dark for me.  Or something.

Maybe @Ispend2much6 tho I dunno about it if so much gold. And umm I think we both know I probably have enough highlighters?! 😳🤦🏻‍♀️😂

Yet I still love to buy them all! (You’d really love the newest Chantecaille by the by! Early holiday gift maybe?!☺️)

@Sunnysmom  I'm sure I would.  I bought my Christmas gift a couple of months ago. 😂

I love the Rudolph packaging @Ispend2much6!

@faeriegirl. Tis the season. I don't like the highlighter and I'm wondering if I can depot and replace it

The packaging is so cute, @Ispend2much6!

@curlychiquita. Glad I'm not alone in thinking that.😊

I need to round up my Sephora holiday event orders; might end up posting those in next month’s thread, at this rate. Meanwhile…

Nordstrom: I think this was during a bonus points event. 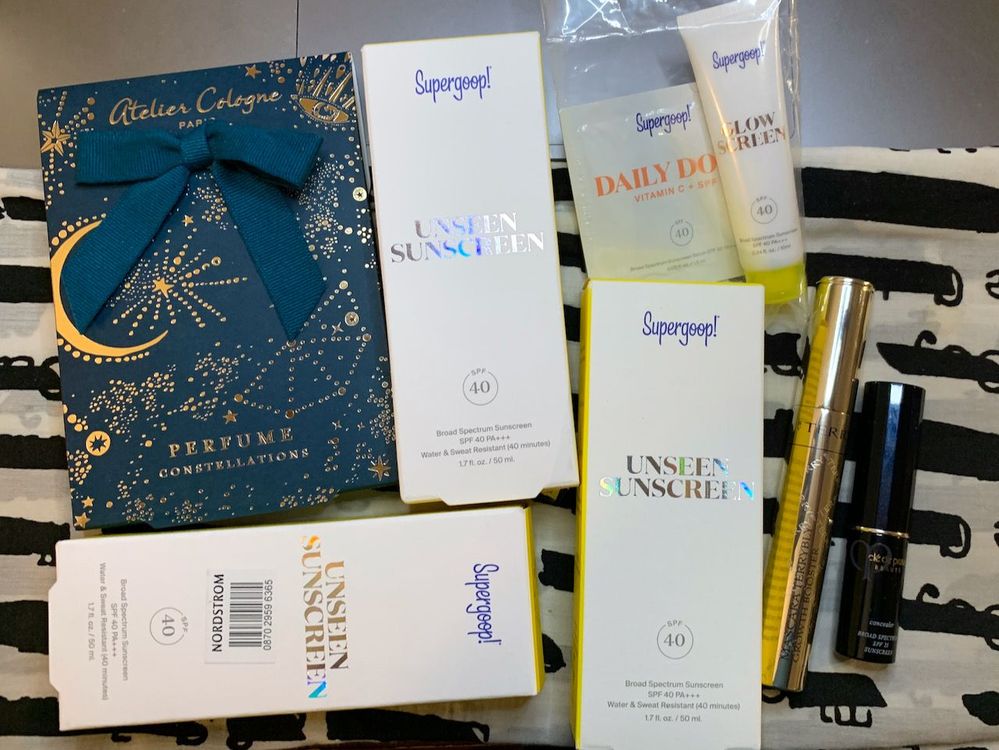 Really wish Nordy carried a larger size of Unseen Sunscreen.
Details:
Spoiler
Supergoop Unseen Sunscreen - Restock time.
GWP: Supergoop Daily Dose and Glow Screen DS - I’ve never used either product. Very curious about Glow Screen, so I’ll test that one first.
By Terry Terrybly Mascara, shade Terrybleu - I have the purple shade and finally bought the blue shade. Since the purple one doesn’t hurt my eyes, I assume this one won’t either.
Cle de Peau Concealer shade Toffee - This was a Nordy Notes purchase. It’ll be my first time trying this concealer (finally, after all the hype), and hopefully this shade will work under my eyes. I should do some concealer brand/shade comparison swatches for the Deeper Shades group sometime.
Atelier Cologne Perfume Constellations - A set of 7 sample fragrances. Some I’m familiar with, others I’m not.

Fragrances in the Atelier Cologne sample set.
And a couple of older orders I don’t think I posted; these arrived in late October.
Jouer, during one of their sales: 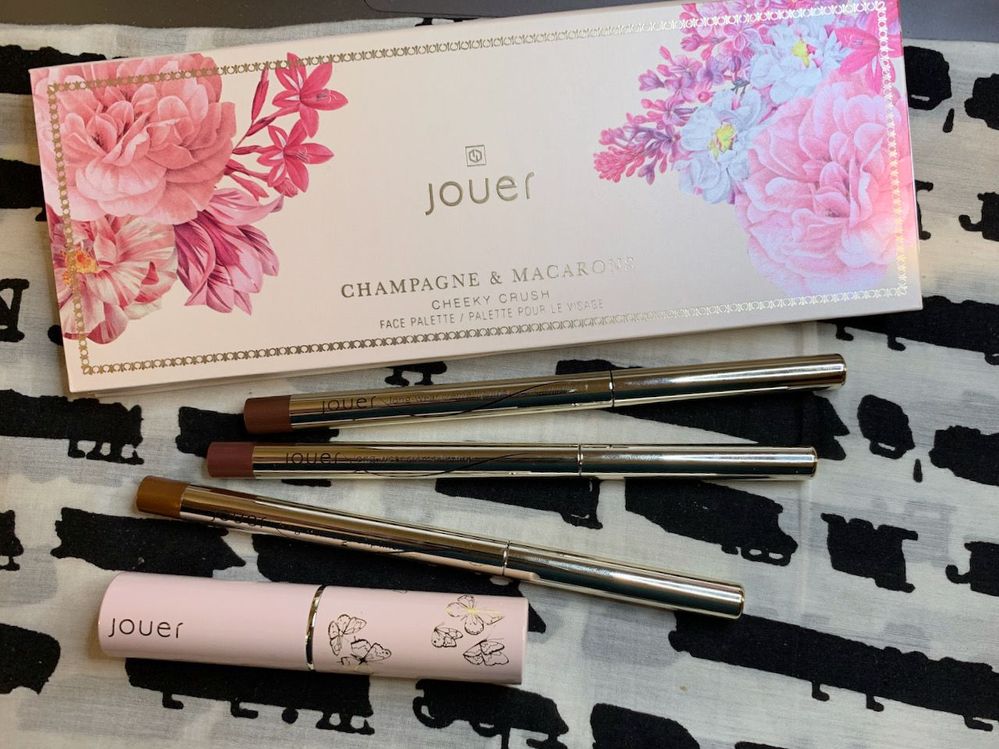 Details:
Spoiler
Champagne & Macarons Cheeky Crush Face Palette - This was (probably still is) in Jouer’s “Kiss ‘em goodbye sale” section. I figured it’s a good inexpensive way to try 2 more of their blush shades and the Skinny Dip highlighter. Might try the bronzer as an eye shadow. 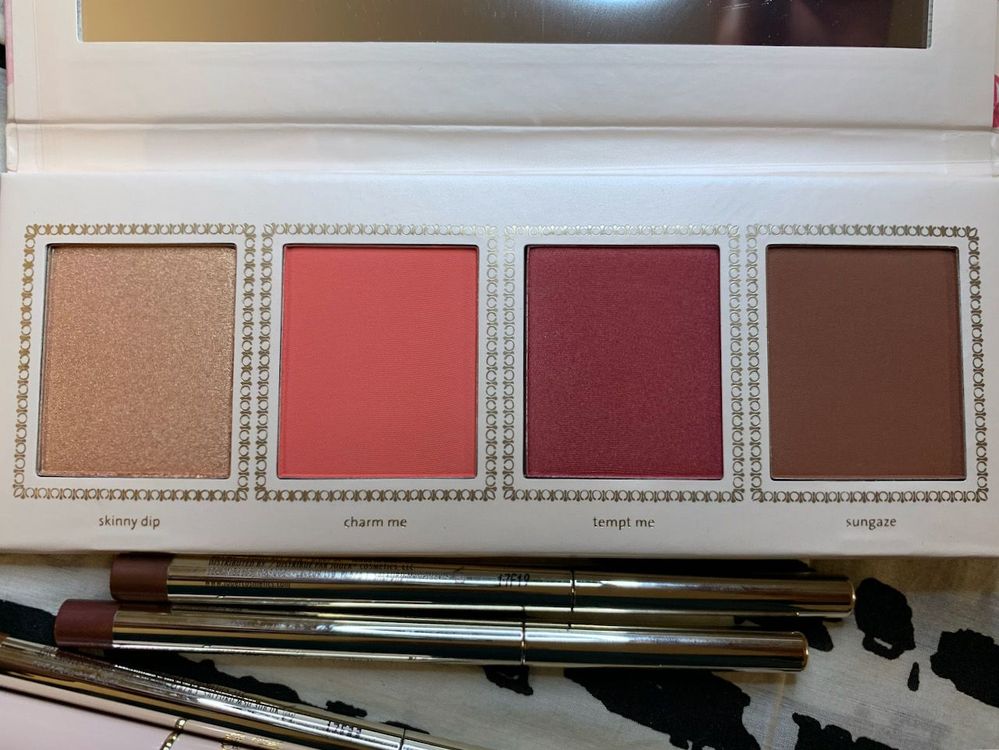 Inside the Jouer cheek palette.
Essential Lip Enhancer Shine Balm, shade Mariposa - I so didn’t need this but it was on sale and geez I say that about too many lip products. 🤦‍♀️ On me, Mariposa is a sheer but definitely noticeable cool deep cherry shade, pretty much as described by Jouer. Feels lightweight and very comfy. Has a bit of a smaste but it’s not obnoxious.
Long-Wear Creme Lip Liner, shades Rosewood, Rose Shimmer, and Bronze Shimmer - These are automatic (twist-up) pencils. I was especially excited about the 2 shimmer shades, until both of them broke deep inside their casing. I can still use them, but I have to hold them up enough to keep the product from falling out of its case. Kind of a pain. They’re very creamy and pretty, though.
Lisa Eldridge: 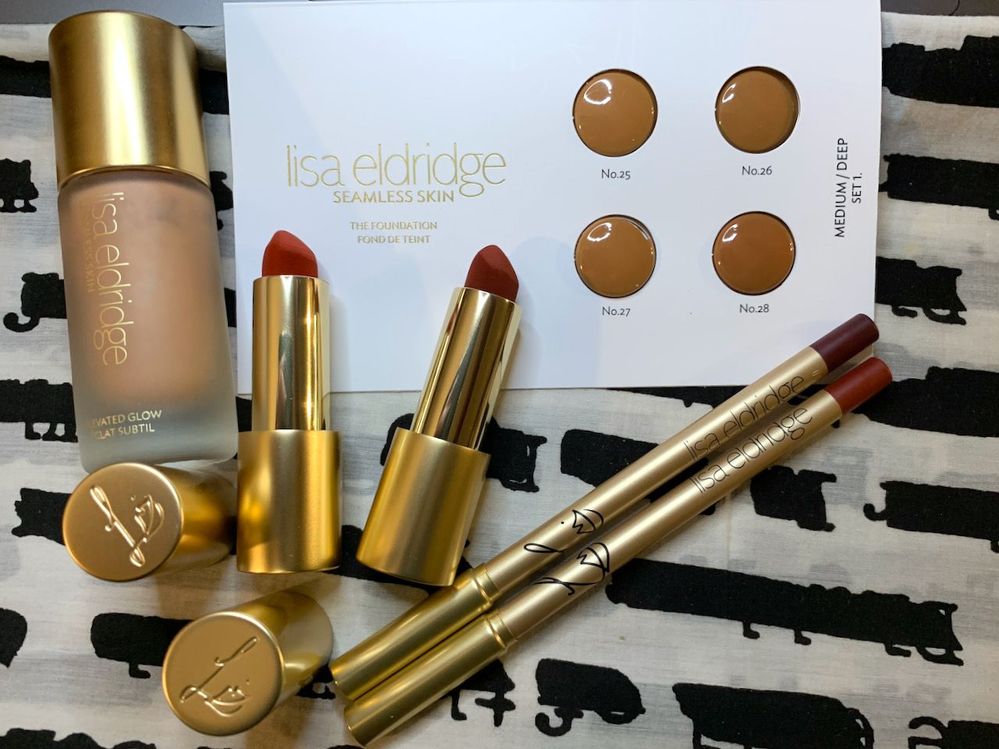 Details:
Spoiler
Lipstick shades Velvet Dragon and Velvet Cinnabar - I missed Velvet Dragon when it was first released, so of course I bought it during the restock. Sadly, I wasn’t fast enough on the draw to get the Dragon gloss. Anyway, these 2 lipsticks feel drier than the Velvets I already had. Not unbearably dry, just not as creamy as the earlier release(s). Still totally wearable though, and I’m thrilled to finally have Velvet Dragon.
Enhance & Define Lip Pencil, shades Midnight and Cinnabar - I mean, why not also buy the lip liner that pairs with the Velvet Cinnabar lipstick? That’s just common sense, right? 😄 Somehow Midnight snuck into my cart, and I’m happy to have it.
Elevated Glow Highlighter shade Solar Light - Took me a long time to choose a shade. It’s more shimmery than I expected, yet somehow it looks like a fairly natural glow on my face. Not as natural as an RMS highlighter, of course, but still. Glad I chose Solar Light, as it works well with my skin tone(s).
GWP: Seamless Foundation sample card, medium deep set one - Haven’t played with this at all yet. I will at some point. I’m just not enthusiastic about foundation in general, so this sample card's nowhere near the top of my Try It list.
Swatches of Lisa Eldridge and Jouer items:
Spoiler

Fab haul, @WinglessOne!  All of the Supergoop is amazing 🙂

Thank you @CookieGirl1 ! You really can't ever have too much sunscreen!

Conversation Stats
Photos252
Are you sure you want to uncurate this?
Cancel OK
testing