Start a Conversation
Add a Photo
Turn on suggestions
Auto-suggest helps you quickly narrow down your search results by suggesting possible matches as you type.
Showing results for
Search instead for
Did you mean:
Post in Beauty Confidential
Posted 01-26-2022 | Updated 7 hours ago

It's that time again! Previews of new products set to launch in 2022 are starting to come out.  Please share your finds in this thread!

@SportyGirly125 Unless I'm thinking of some other Kopari product (but I was fairly certain), like I said I haven't had a chance to use this yet so it's quite possible I may be thinking of a different Kopari item. 🙂

@QueenMarceline  @SportyGirly125  Kopari Organic Coconut Melt 5 oz/ 150 mL is just a jar of 100% coconut oil. Like other oils, coconut oil can be used as a makeup remover. I know a couple folks who use Kopari Melt as step one of a double cleanse. But it's been used as a body or hair moisturizer by pretty much everyone else I know who's used it. Most of those folks now save a considerable amount of money by buying a jar of unrefined coconut oil at their local Target. 🤷‍♀️

@WinglessOne Thank you for the clarification! That makes sense where the slight confusion came from, it seems like some use this as a makeup remover and others as a body/hair moisturizer like you mentioned. Also, thanks for giving info on what the product actually is... I'm not a fan of plain coconut oil as a skin care product so I think this one is going to be a pass for me. Not sure why, but I envisioned this to be kind of similar to the Farmacy Green Clean Makeup Removing Cleansing Balm or on par with Banila cleansing balms especially with how my friend uses it, but that does not seem to be the case.

@WinglessOne Interesting.  I heard not to use it because it could clog your pores.

@SportyGirly125  Lots of folks call out coconut oil as being high on the comedogenic scale. I did it too, until I wondered about the scale’s accuracy and exactly how results are determined. Of the scientific studies done to create that scale, most were performed in the '70s and ‘80s. Two studies were done in the ‘00s. Many old studies used rabbit skin (inner ear) instead of human skin. Some of the many problems with the comedogenic scale:

Spoiler
Some studies determined that things that clog rabbit skin won’t clog human skin. Makes sense when you realize rabbit skin is more sensitive than human skin, and comedones form much faster in rabbits than humans (2-3 weeks vs. 1-6 months). Human skin and rabbit skin don’t behave the same way.
The human skin test involves applying an ingredient to a human’s back and then occluding that skin with a bandage. That’s not a real-life scenario—well wait, I guess one could argue that anti-cootie masks might act as a layer of occlusion on the middle of our faces. But that's still less occlusive than a bandage stuck directly over skin. Plus, a face mask doesn’t cover all areas where folks tend to get facial acne.
The skin on your back doesn’t behave the same way as your facial skin. Yes, you can get back acne, but any medical doctor or board certified dermatologist can tell you how different your face and back are. None of these comedogenic tests are done on facial skin.
Human tests have a small sample size of 10 or less subjects. That’s smaller than even some cosmetic brands’ sample sizes for skincare testing. 😂
To qualify for testing, a human test subject must have naturally large pores. So… how useful is this scale for folks with mostly smaller pores? This is one of the main reasons I started ignoring the scale altogether. My only large pores are on and around my nose, and that's not where I normally get most of my facial acne. That could be because I'm diligent about degunking those oily-zone pores with BHA—but these tests don't take exfoliation into consideration. (See last paragraph in this spoiler.)
Even if an ingredient is deemed comedogenic, it can become non-comedogenic depending on what it’s mixed or diluted with in a product's formulation. In comedogenicity tests, ingredients are applied to skin at a minimum of 10% strength, which is much higher than you’d find in most skincare products that aren’t obviously 90-100% that ingredient (like petroleum jelly).
One of the first studies cited petrolatum as highly comedogenic. I assume that's the study some people reference when they claim petrolatum clogs pores. But it actually doesn’t, as determined by a later study. Funny: our skin’s natural sebum is comedogenic, yet we absolutely need it.
Other variables that can affect comedone formation (climate, full skincare routines including regular exfoliation, stress levels, physical activity level, age, the specific chemistry of different people's skin, etc.) aren't considered during the human tests. Those variables are also partly why the rabbit ear tests are suspect. To my knowledge, no bunnies do an AM and PM skincare routine on their ears (beyond the super adorable “prayer hands” ear cleaning they do throughout the day), and I doubt any scientists applied a routine of skincare products to test bunnies’ ears during those tests.
There are so many variables and issues with the comedogenic scale, I don't rely on it. Doesn’t help that the FDA doesn’t regulate the term “non-comedogenic,” so any brand can slap that label on any product regardless of what’s in it. Some people use the scale as a very high-level "hmm, could this ingredient possibly be causing my acne flares" resource, which is probably fine as long as they don't take the scale as gospel and start ditching all products that contain that ingredient without doing further reading and research.
When used as a makeup remover, I doubt coconut oil’s nearly as comedogenic as the scale claims. In that scenario, coconut oil has brief contact with your skin before you rinse it off. A lot of hair products contain coconut oil, including many leave-in products, so anyone trying to avoid this ingredient should keep that in mind unless their hair never touches their face and they keep those products off their scalps. Though again, whether or not the coconut oil in those products is comedogenic depends on various things, including product formulation variables like how diluted the ingredient is and what it’s combined with.
11
Reply
3 Replies

Thanks for this!   I have been wondering about coconut oil and other oils.

Thanks @pocketvenus ! I had to dig up my various notes to pull all that info together. 😄 Gonna keep all that in one reference doc from now on.

Thinking about this topic again: avocado oil and evening primrose oil score a 3 out of 5 on the comedogenic scale, if I recall correctly. (3 = "moderately comedogenic"; 5 = "severely comedogenic. Coconut oil and cocoa butter score a 4.) One of the star ingredients in Kiehl's Since 1851 Mini Creamy Eye Treatment with Avocado is avocado oil. That eye cream is a cult favorite, but I wonder how folks would react if certain groups and influencers began badmouthing it the same way as things that contain coconut oil.

Not that I think avocado and evening primrose oils are bad; my skin has no problem with them. I don't use that Kiehl's eye cream but do use e.l.f. Nourishing Facial Oil which contains avocado oil. And evening primrose oil is one of my skin's best friends and good fatty acid sources: it's in my daily retinaldehyde cream. Some people may be skin-sensitive to either of those oils, but knowing how frequently I get acne on certain parts of my face, I can say evening primrose oil hasn't increased my comedone production. Rosehip oil scores a 1 or 2 (don't recall which) on the comedogenic scale, yet I know someone who can't use it on her skin without experiencing an acne flare, so... yeah, that scale's not a good enough reason to avoid certain ingredients. Anyone using that scale to narrow down culprits should also look for info elsewhere before making a decision.

@SportyGirly125   I've found that to be true.  I pretty much know immediately by the bumps that appear on my face if a product has coconut oil in it. 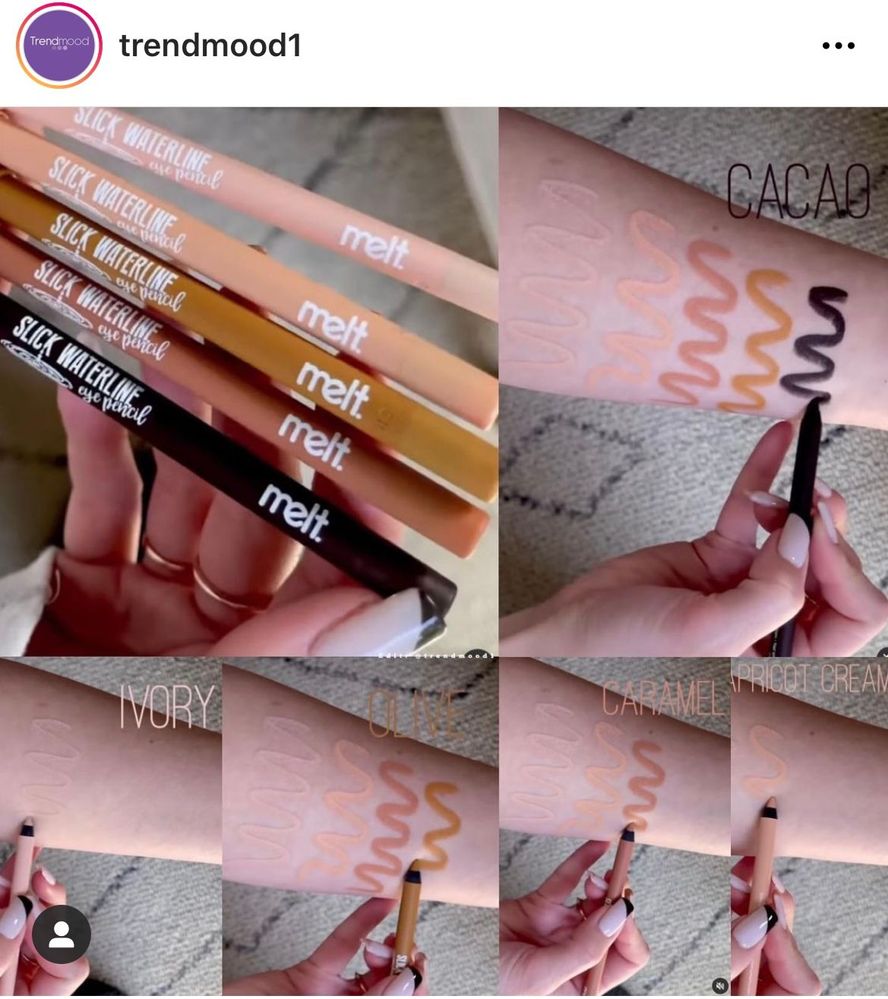 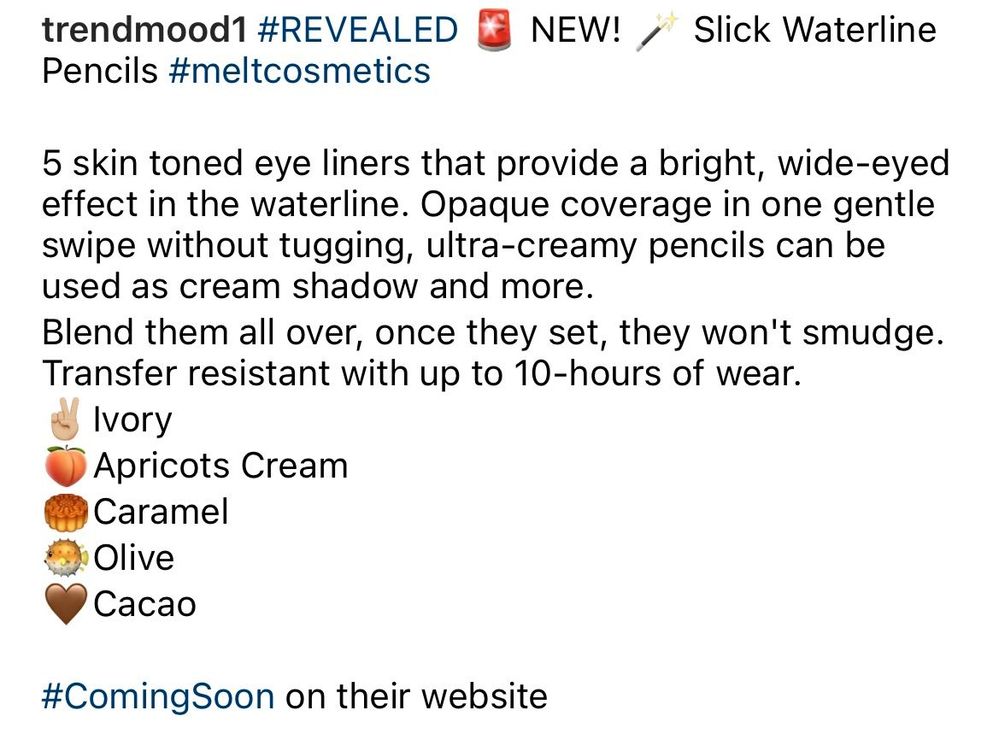 @SportyGirly125 Sounds promising! I have yet to find a smudge proof line for me! I always get racoon eyes! 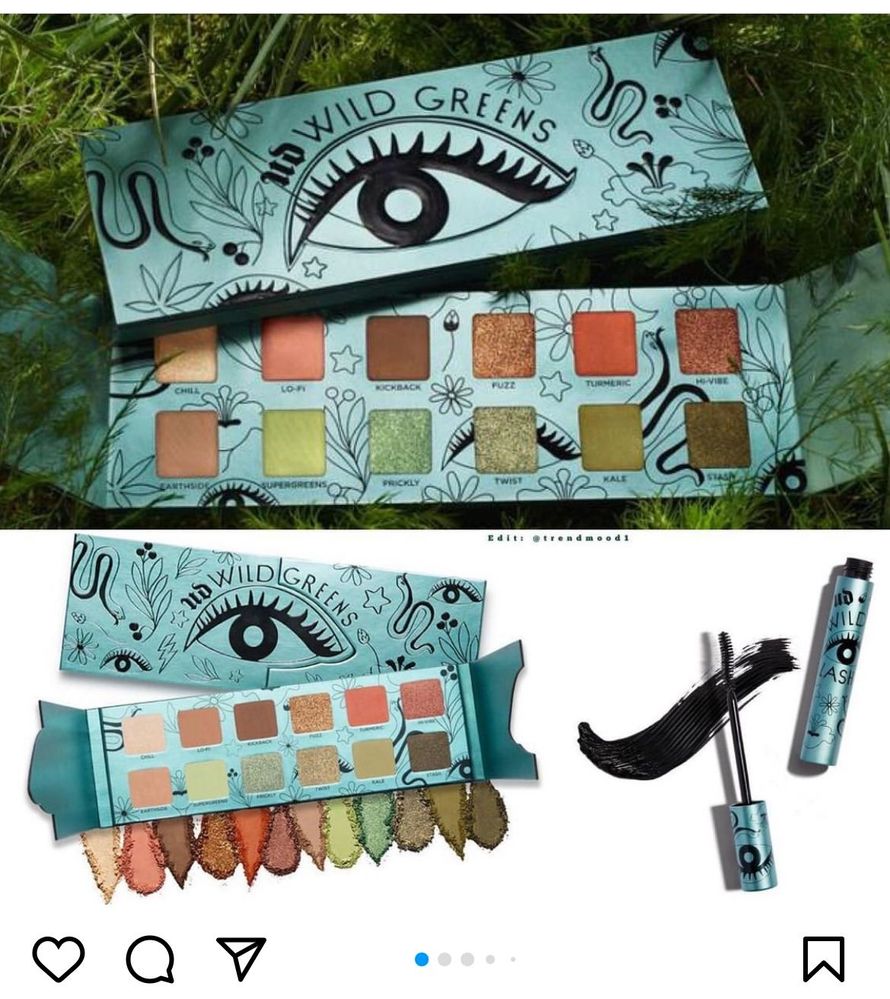 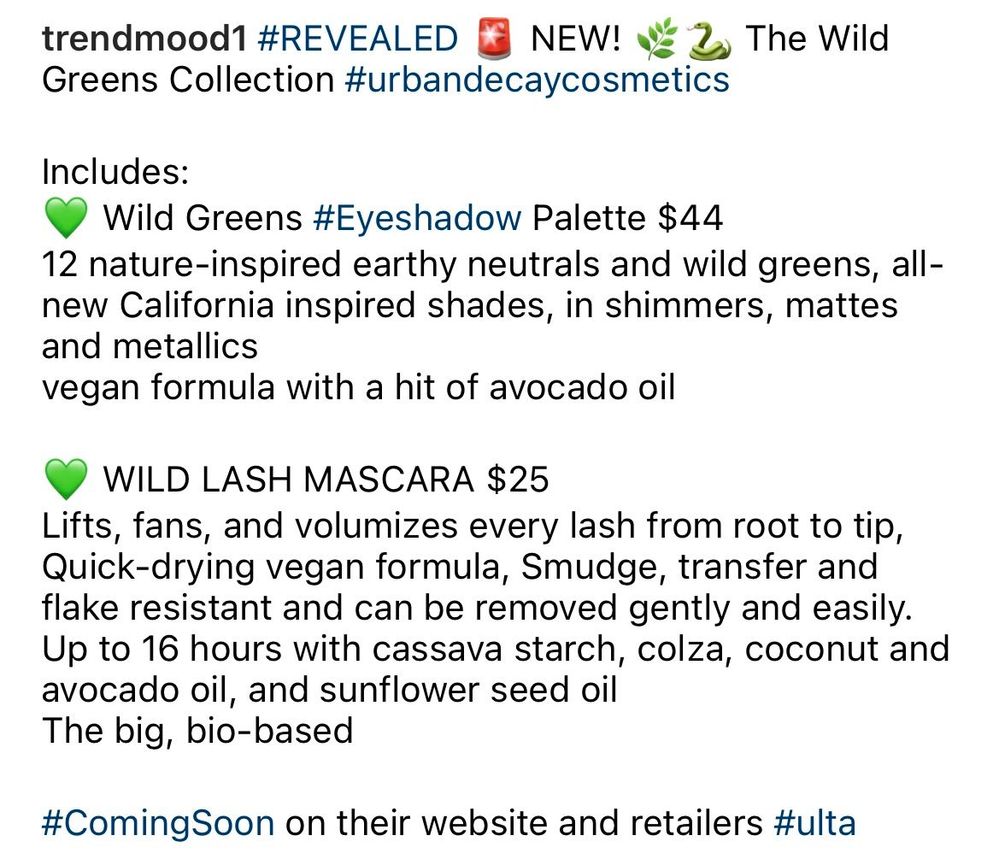 That palette looks like it'd be really difficult to manage physically.  Back when I used to leave the house, before covid, I would do my make up in the car.  As such, I appreciate things that are compact and easy to open.  I definitely don't need an origami palette.  I'm just looking at this thinking about how much space it would take on a counter top or likewise to use.  It's also an interesting choice to skip the mirror on the packaging.

@SportyGirly125  this looks pretty. I wish I better at creating looks with green shades.

@AMK721 Same, this is a gorgeous palette but not sure if it's for me. As someone with green/hazel eyes I rarely (if ever) do green eyeshadow and when I do I usually end up regretting it. Sigh. Hopefully, we get some cool looks out of this from the BIC in the makeup looks thread 🙂

@QueenMarceline  I agree - I have blue/green eyes and struggle with branching out of my comfort colors. Plus I'm creeping up in age so my eyes are not as smooth as they used to be 25 + years ago meaning some shades just don't look good on me anymore. 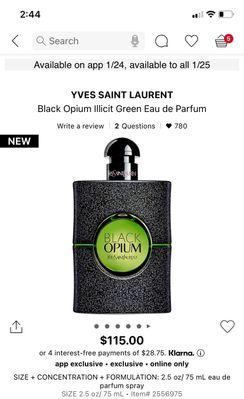 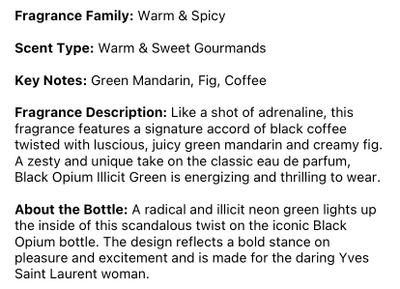 I had to grab the mini size to try @QueenMarceline 😁

@lmaster Can you please give me the full scoop once you get your hands on it? I have a bit of a YSL collection going in my perfume storage lol. I invite you to write your review on The Perfume Challenge 🙂

1 Reply
Conversation Stats
Photos414
Are you sure you want to uncurate this?
Cancel OK
testing