Start a Conversation
Add a Photo
Turn on suggestions
Auto-suggest helps you quickly narrow down your search results by suggesting possible matches as you type.
Showing results for
Search instead for
Did you mean:
Post in Makeup Is Life
Posted 12-05-2014 | Updated 01-11-2015
sephoraadmin2

We swatched the Too Faced Semi-Sweet Chocolate Bar Palette to see how the colors looked on different skin tones. What do you think?

Do you have a swatch of this palette? Post a pic in the thread below!

I own both of these palettes and love them both for different reasons. To me, the matte shades in the Semi-Sweet have a bit of a softer, more powdery finish than the original. The one exception in the Semi-Sweet palette is Blueberry Swirl, which does have a bit of a more gritty surface texture than the other shades, but it feels less gritty than, say, Cherry cordial.

A few of the shades are incredibly similar. For example, I have done a side-by-side swatch comparison between Peanut Butter and Salted Caramel and I cannot, for the life of me, see any difference besides Peanut Butter being ever so slightly softer in texture. Semi-Sweet and Truffled are very similar, as are Milk Chocolate and Mousse (or was it Puddin'?). There are about five shades in each palette that are really, really similar to each other. The most notable difference is, of course, is Semi-Sweet is much warmer in tone than the original Chocolate Bar. As far as the blendability goes, I'd saying being more on the powdery side these are really a little too blendable. I have found that if I'm not careful I'll blend the color saturation right off my lids.

My take-away is this, if you had to choose one or the other, pick whichever one has the stand-out shades you like best (unless you're hedging your bets on Blueberry Swirl or Candied Violet, because those aren't the greatest shades in the bunch). You can't go wrong with either palette and there are enough similarities between the two that you won't feel your collection is imcomplete without owning both. The toss-up is the original palette has a better highlighting shade (Champagne Truffle) and the Semi-Sweet has a super pigmented black, which the original is lacking. On second thought, just have both LOL

IDK- Just from pics of swatches, I think I like my Chocolate Bar better than I would like this one.  I love the purple color in Choco Bar, and this one seems very matte, which I tend to sway towards more sheen, just not full glitter.

I just received mine in the mail. I was afraid because the reviews were very mixed, but so far just from swatching, it was a very good first impression. My absolute favorite color would have to be bon bon, gorgeous rose gold color. I know everyone hates the pink sugar color, but I'll use it as glitter.

The pigmentation is great and the colors are really pretty. I have the original and I think I'll enjoy this palette just as much as the first one. 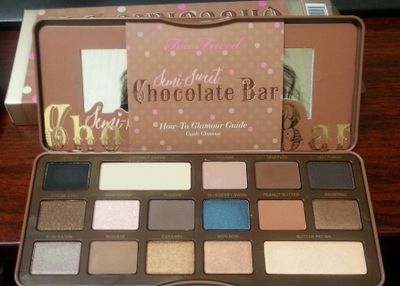 I am in love with the new palette! I was a huge fan of the first one but this one works so well with my skin tone and the shadows are like butta!! Hope they make another one soon! I'm addicted!

I thought I would love this palette , just as much as the original.....Nope ! I'm really unhappy with the pigmentation and it doesn't blend out nice,either. This could've been so great.

I feel like you're not the first person I've run across with this exact sentiment.

I've been tempted by the first one for a LONG time, but never pulled the trigger on account of not being convinced it leans cool enough for my personal preference. This second one might as well be on fire for how warm it is.

Nice to have an easy pass every once in a while after being tempted by seemingly everything!

Etscore, have you actually tried some of the colors from the first palette on your eyes? The reason I ask is that I look much better in cooler tones but found that the colors in the first palette were flattering nonetheless. I'm not sure why that is, and it was a great surprise to me. Perhaps I have enough coolness in my skin that some of the warmth of the Chocolate Bar balances everything out. Not sure. I just know that when I've tried cooler palettes like Innerstellar or Chrysalis or the latest UD nude palette, I looked dead. Perhaps you may find out the same. Or not.

I'm so excited. I got mine today. Here is the comparison between the new one and the first 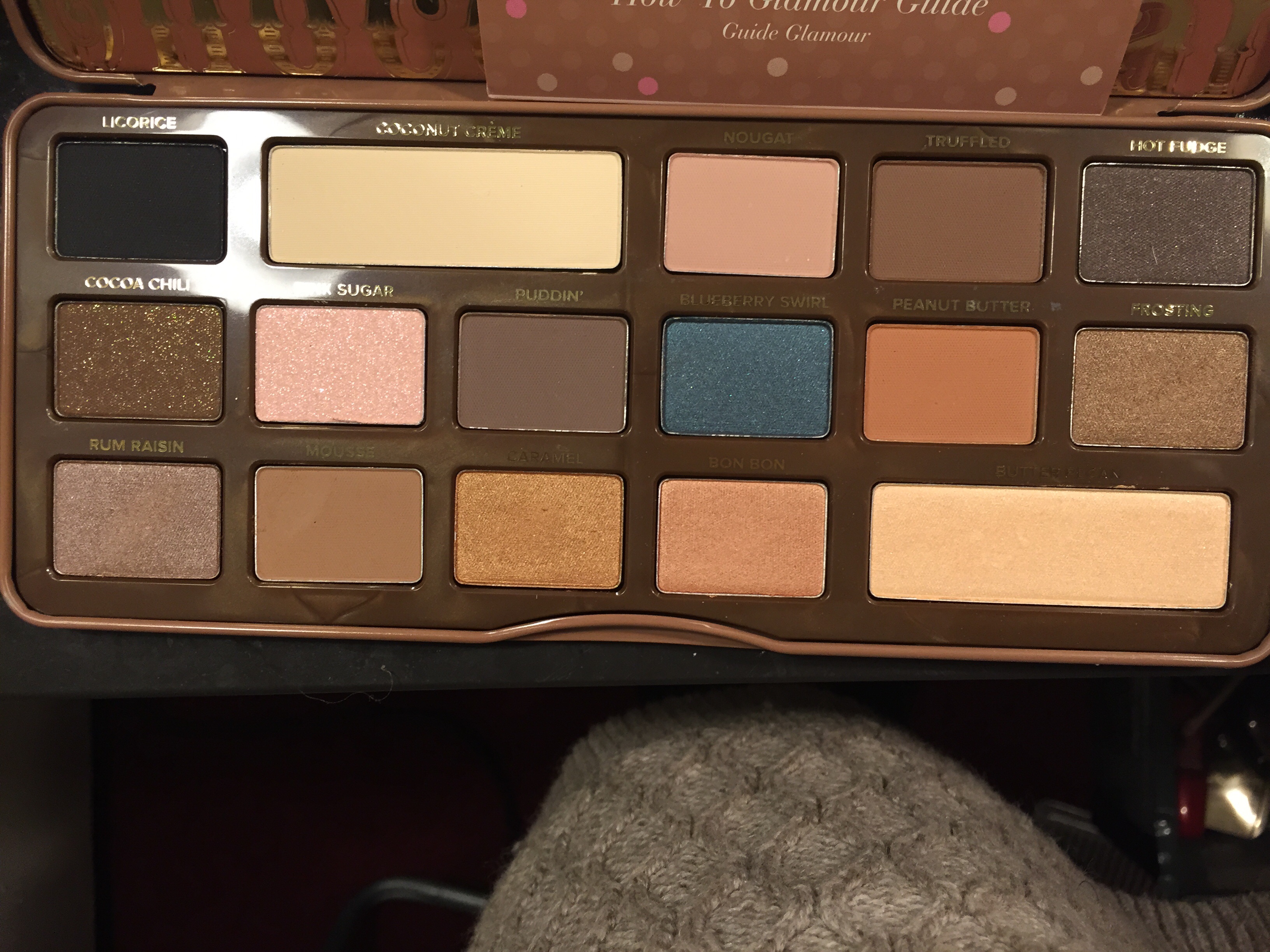 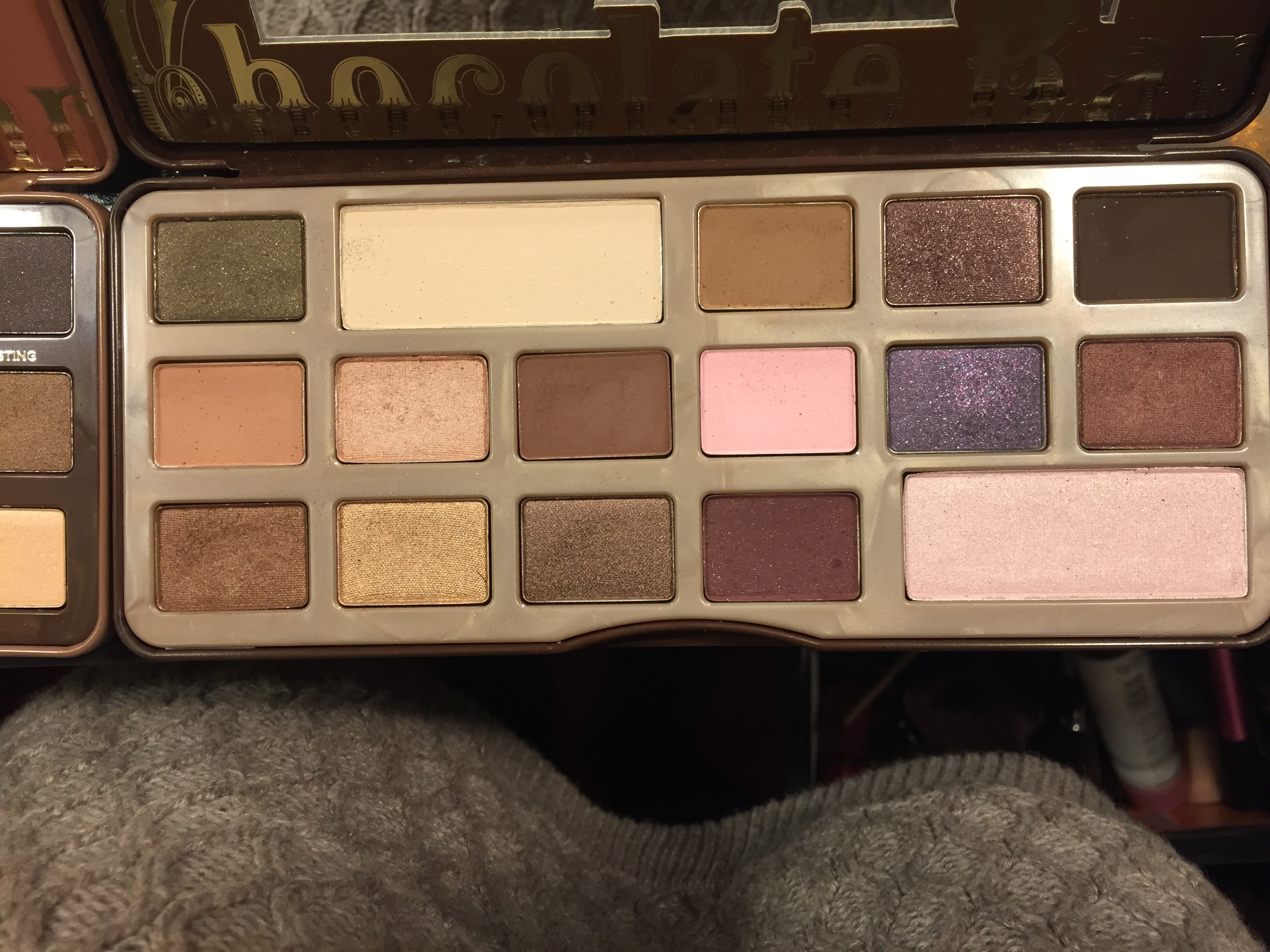 I'm wondering if the Coconut Creme is similar to the White Chocolate shade of the original or is it lighter/more yellow?

Coconut Cream has a bit more of a yellow undertone, but it's a little more pigmented as well. For me it doesn't work as well as a highlighting shade, which is why I find myself reaching for Champagne Truffle.

Just curious, so far out of both the palettes, which one do you like best?

I'm not sure yet. I actually haven't played around with the new one yet. However l can tell I'm going to love the matte shades in the new one and will probably use these palettes together.

I don't have the original since it is so close to Lorac Pro - has anyone received this yet?

I am dying to hear about it.

Mine will arrive tom. Probably late 7ish because of #stormdamon

Although I love my original Chocolate Bar Palette, I am not going to purchase the semi-sweet palette. I feel like this one is very similar to the original, but the original has a few staple colors that I prefer. I wanted to love it, but I'm going to have to pass.

Can someone who reviews the surveys for reviews please stop allowing people to post reviews before they've even purchased it. I saw so many reviews based on them wanting to purchase it, but the grade they give for the product is not an accurate grade; how could it be if they haven't even used, swatched, or seen the product in real life?

When you notice reviews like that, Jamilah10, message a mod and they can remove them.

I'm actually a little bit excited about this palette, as the colors seem much more suited to my skin color, as well as the skin color of other POC.

Mine has a tracking number, and it's in my town!  I hope I get it tomorrow!

It looks like mine will be delivered on Thursday, just in time for the weekend!

I know I'm excited to have it for the weekend!  My tracking updated and it will be here today!