Start a Conversation
Add a Photo
Turn on suggestions
Auto-suggest helps you quickly narrow down your search results by suggesting possible matches as you type.
Showing results for
Search instead for
Did you mean:
Post in Haul Stars
Posted 10-12-2014 | Updated 10-09-2016
notcreative

Las Vegas Edition 10-11-14- (I am aware there is a current Trend Show thread.  I almost posted this there until I noticed it was in the VIB section.  At least one person asking me questions about the event will not be able to see it there, so I am going to post this in a general board).

My event finally took place yesterday. The one in May was not the trend show, so I passed.

I arrived about 15 minutes before the show started.  The doors opened 30 minutes prior, so a lot of people were already inside.  I paid over the phone with Desiree, my Beauty consultant.  My $20 gift card (you pay $20 to reserve your spot but they give it back to you in the form of a gift card) was just inside the door near valet.  After getting my gift card, I got a tote bag (not pictured but it is pretty cheap and basic) with the base samples pictured below.  The event was on the third floor.  There was an assortment of fruit, water, coffee and granola bars.  I grabbed a granola bar (which was fresh and chewy) and a bottle of water.  I filled out my information card (which they used to raffle items off and likely make sure we're on the mailing list) and turned it in.

I got a decent seat at the fashion show, because I attended solo. I thought about inviting someone but remembered focusing solely on my sister at the Rouge event and decided just to go alone. I cannot even make stuff like this up, so you know it is true. The lovely Smashbox makeup artist who spent so much time beautifying my sister at the Rouge event applied makeup for YSL at the trend show. She actually did someone to the left of me initially and moved to the right of me when she finished her. Thus, I had a chance to chat with her. She said she remembered my sister, because her sister has the same name.

The show was a lot of fun. I loved the lady from Laura Mercier. She was beyond funny. The male models were yummy eye candy. All of the female models were beautiful and very, very tall. No short models in Vegas. I loved the Kiss and Blush on the YSL model, which is ultimately why I decided to stop by that counter. A rep for one of the skincare lines gave out the item he was presenting to someone in the front row. That was pretty cool. They also had a raffle with a ton of prizes (of course I did not win any). One lady won while she was in the restroom (just like that lady at the Emmys years ago). The presenter would not let her granddaughters pick it up for her but rather held onto it until she returned and made her walk the runway in reverse to get it. I found that quite humorous, and the lady who won was so sweet.

During the show, they announced there would be free samples at La Mer. I've always wanted to try that brand. I hate buying things without trying them first (because I do not return things). Knowing there is no such thing as free and they likely left out that a purchase was required, I asked straight up if a purchase was required to get a sample. Sure enough, it was. I told her I wanted to try the item before I bought it. She said she would give me a sample if I had a consultation. I usually do not like to have consultations at events unless I know I will buy something. They're usually so busy, and I do not want to waste their time. Since I told her I wanted to sample the item before buying it, I figured she knew I was not buying anything that day when she offered. Thus, I did not feel guilty. There was no wait for the consultation either. She applied two different creams on my face and asked me which I preferred. I told her. She then went over my skin concerns and made recommendations. After the consultation, she gave me the sample as promised.

Next, I walked past Dior. They had two chairs of which both were occupied with additional people standing around. So, I kept on walking straight to YSL. They had 4-5 chairs of which one was open. I asked if they were available for a makeover, and they were. I got Joshua. He removed everything from my face (which only consisted of the newly laid La Mer cream (so I am glad I got a sample to wear it a little longer next time) and a tinted moisturizer. He applied a cream before matching me to a Fusion Ink foundation. It looked and felt great (so I ended up buying it). In direct sunlight after I left, I noticed it looked orange. I may exchange it for another color.  In his defense, it either oxidized on me or it is one of those foundations that looks different with indoor versus outdoor lighting.  Feel free to chime in if you're familiar with this foundation.

He used some concealer in spots I did not even know I needed it. Then, he applied Touche Eclat. I remember him using a lot of bronzer and a blush (which was later overwritten), but I cannot recall a setting powder. Whether he used setting powder or not, the foundation lasted all day. He then applied a purple liner and brow pencil. He used the holiday palette on my eyes, which looked so awesome that I had to buy that as well.

At that point he turned me over to National Makeup Artist, Armando Ramos. I asked Armando to pick a lip a lip color for me to buy. He chose number 11 of the Kiss and Blush, which was so stunning. I wanted to buy it on the spot, but they were out. I was going to order it online after the event (to get the 3 online samples). I also prefer to order it myself because the items do not show up in my online account (order history) when the SAs place the orders.  The SA insisted, so I let her order it for me. After Armando applied the color to my lips, he overwrote the cheek color Joshua picked out. Although I liked the one Joshua picked out, Armando's was nicer to me. Then, Armando applied some Babydoll mascara.  Both Joshua and Armando were absolutely fabulous.  I wish I could take them home with me, so my makeup would always look nice.  We all know I will never get it to look like this.

My husband and sons arrived as my makeup was being applied.  They headed up to the Nordstrom Cafe for some brunch.  When it was time to pay, I sent him down to take care of it (he almost always pays for my items anyway) while I joined the boys in the restaurant. 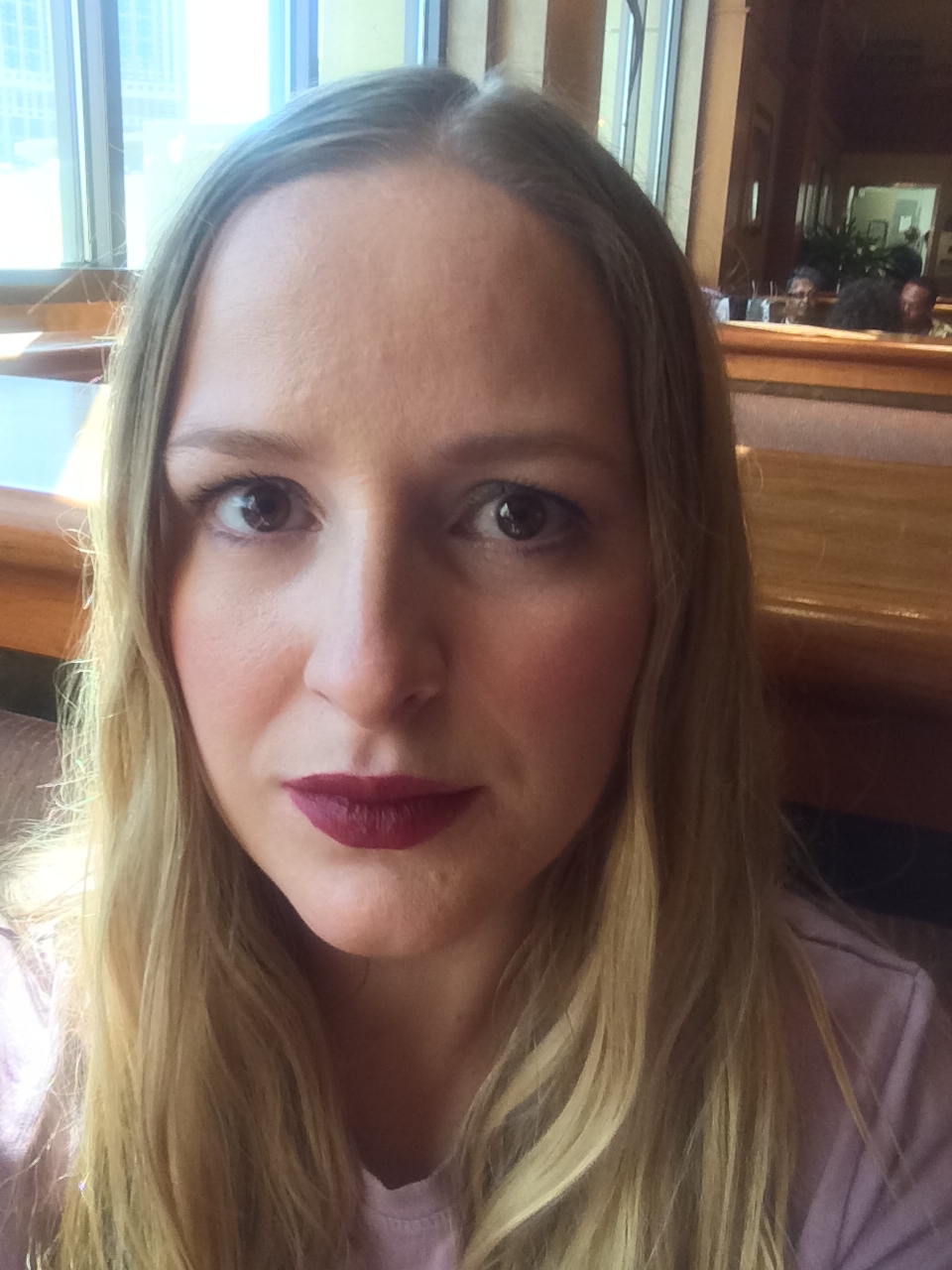 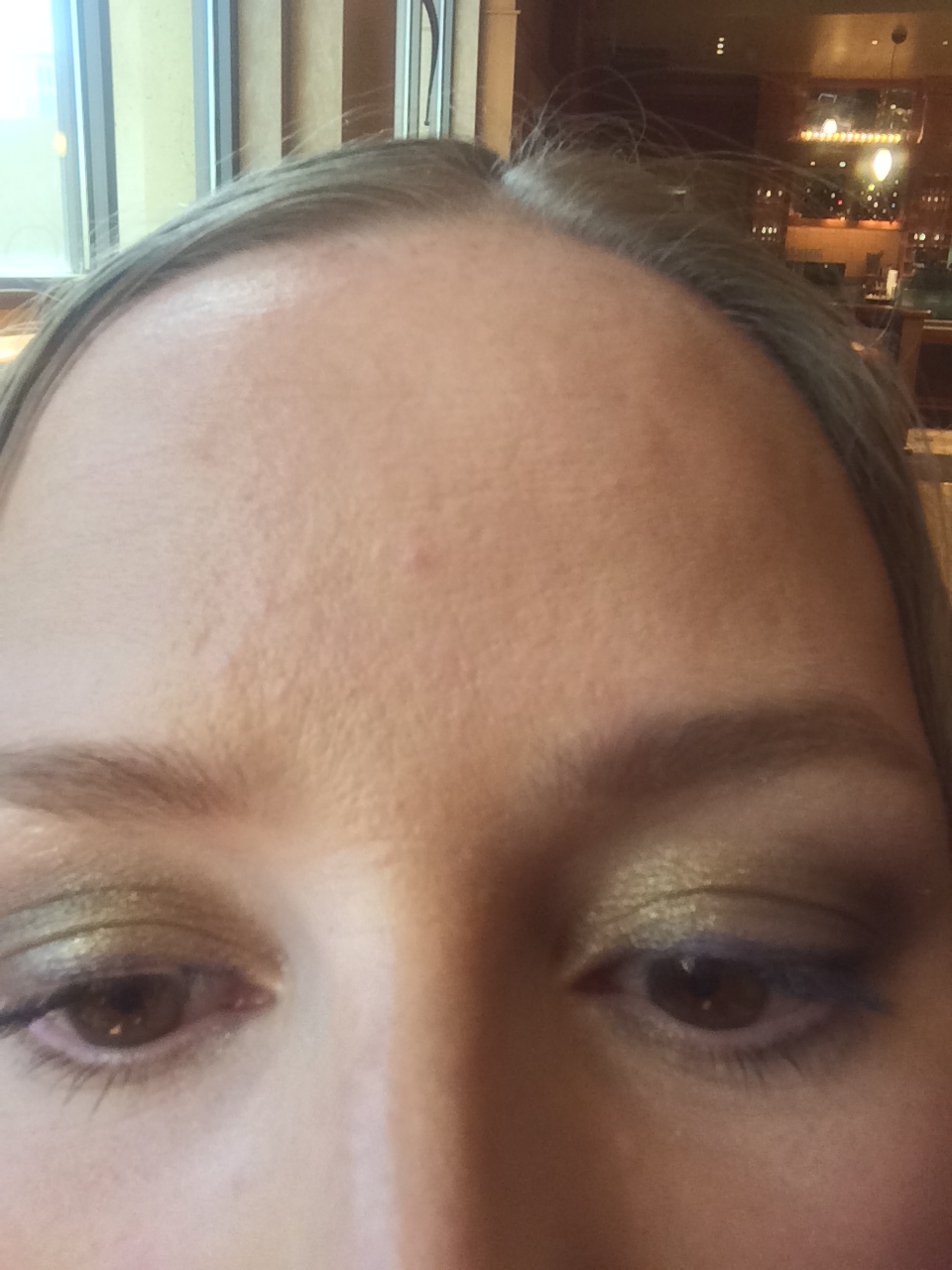 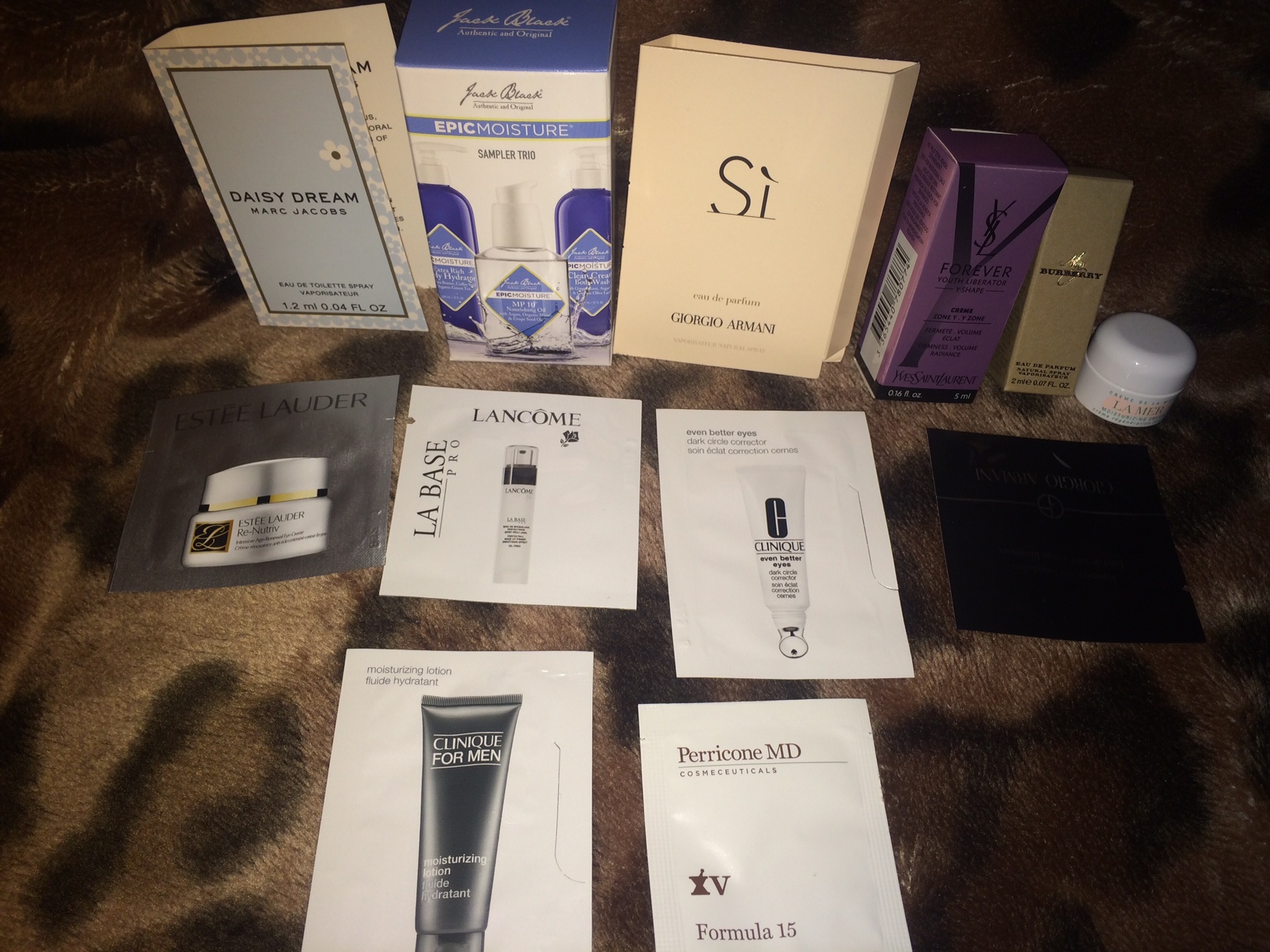 The YSL items I purchased and GWPs 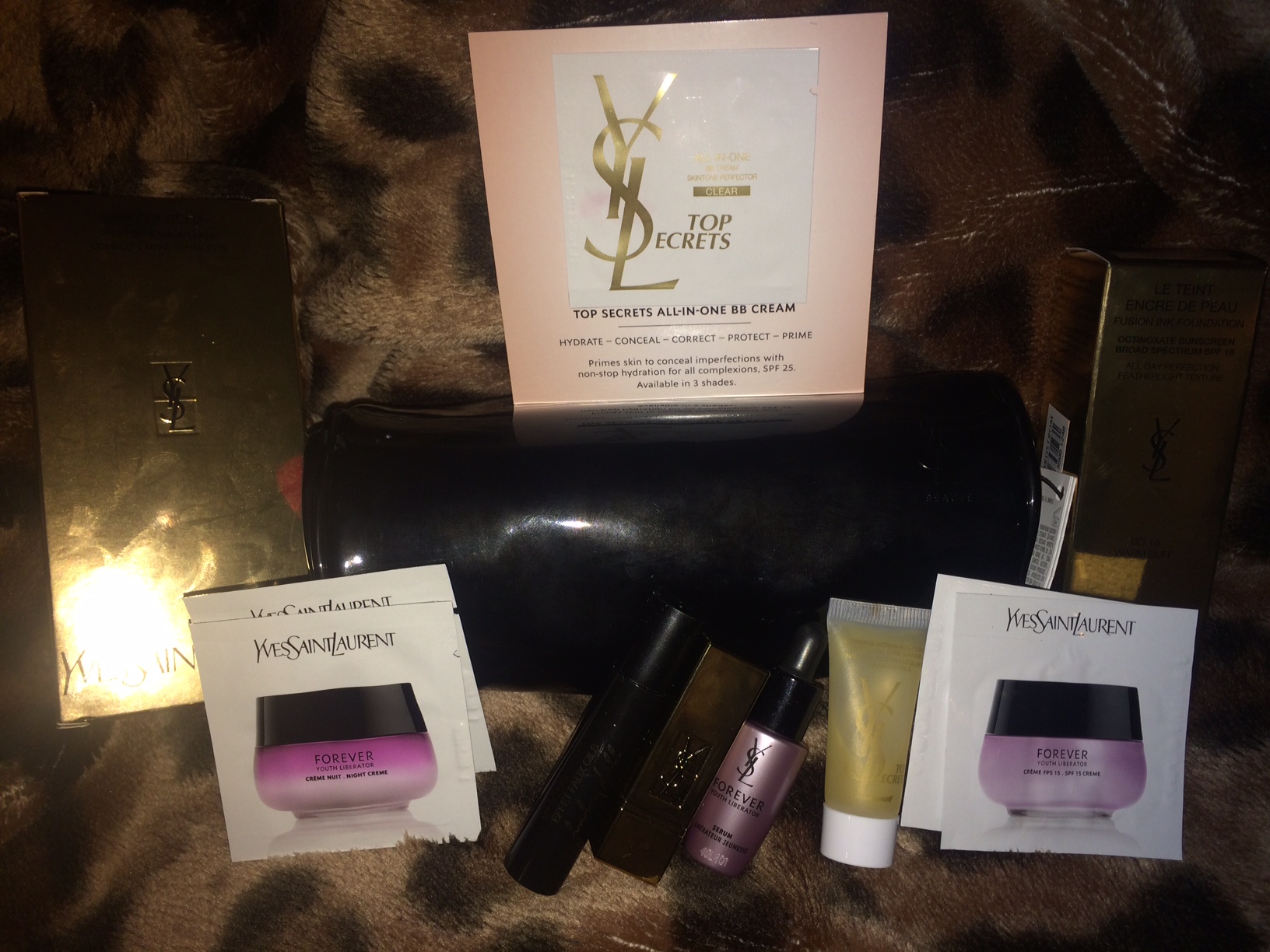 The items I purchased unboxed 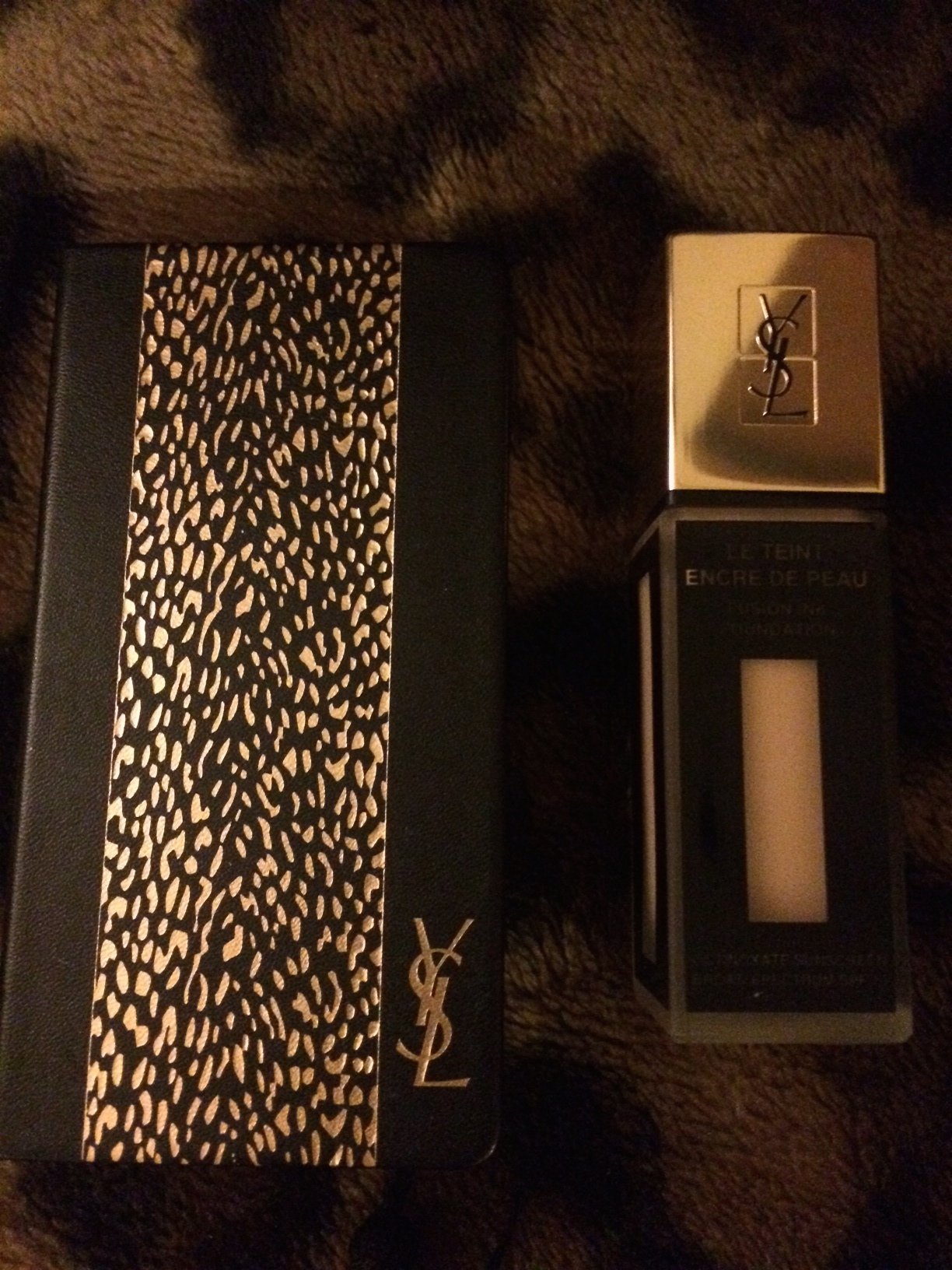 The inside of the beautiful holiday palette 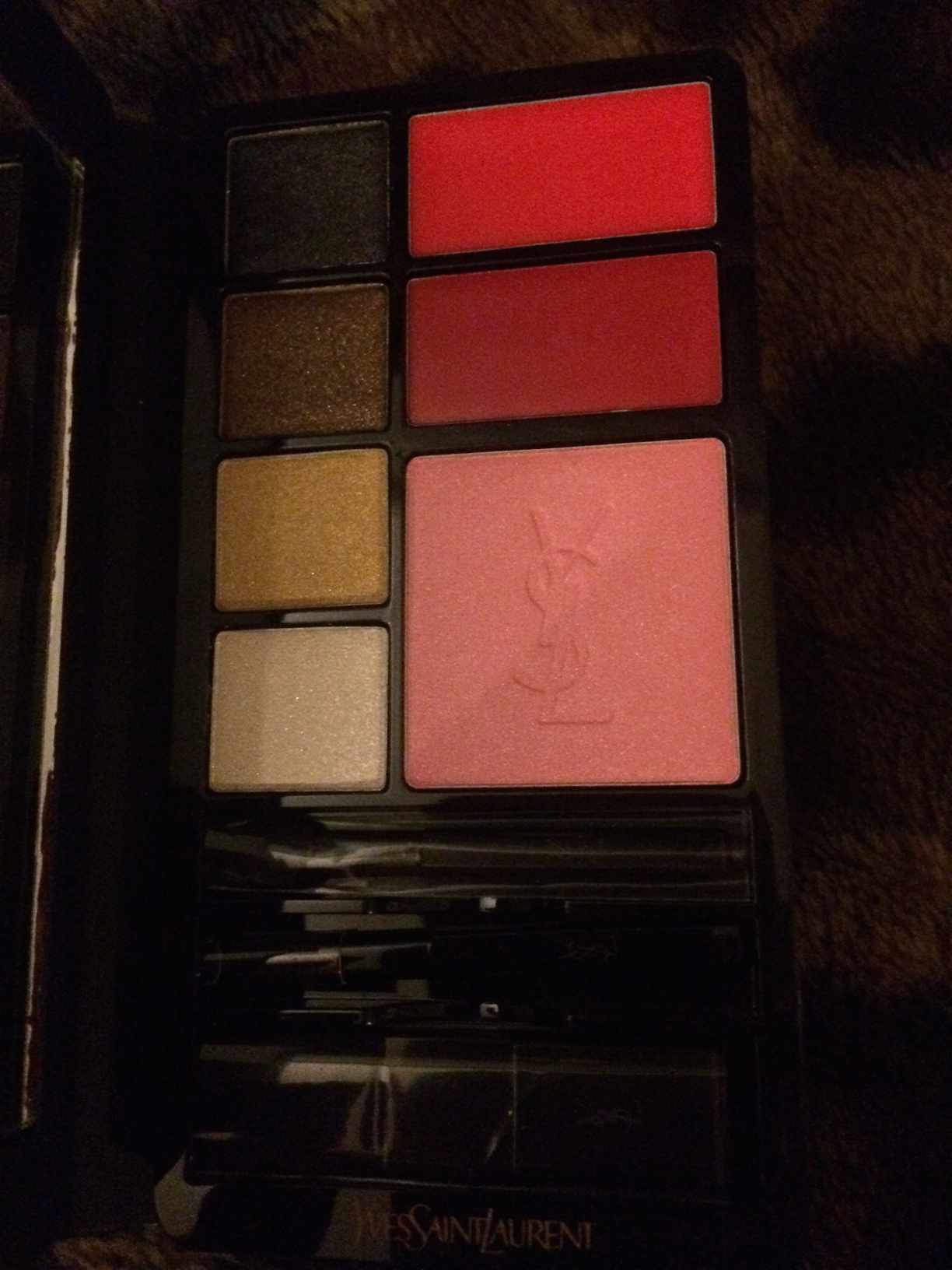 I had a lot of fun and cannot wait to go next year.  Fingers crossed that I win something, because I am sure winning always makes the event more fun.  If you have a chance to go, you should.  You get your money back in the gift card, plus samples, snacks, a chance to win prizes, plenty of GWPs and the really fun fashion show.  Go!

My store was really nice. But I didn't have time to attend bc I was too busy shopping for 👗 .

Anybody else go to the show at Westfield SF today?

Thanks.  I just hope I can use it without trying to preserve it for being so beautiful.

Do show what it looks like one unboxed; my work is too heavy to get out right now, so haven't seen this product yet 🙂

That lighting is either off or that is not the same color.  This is what mine looks like. 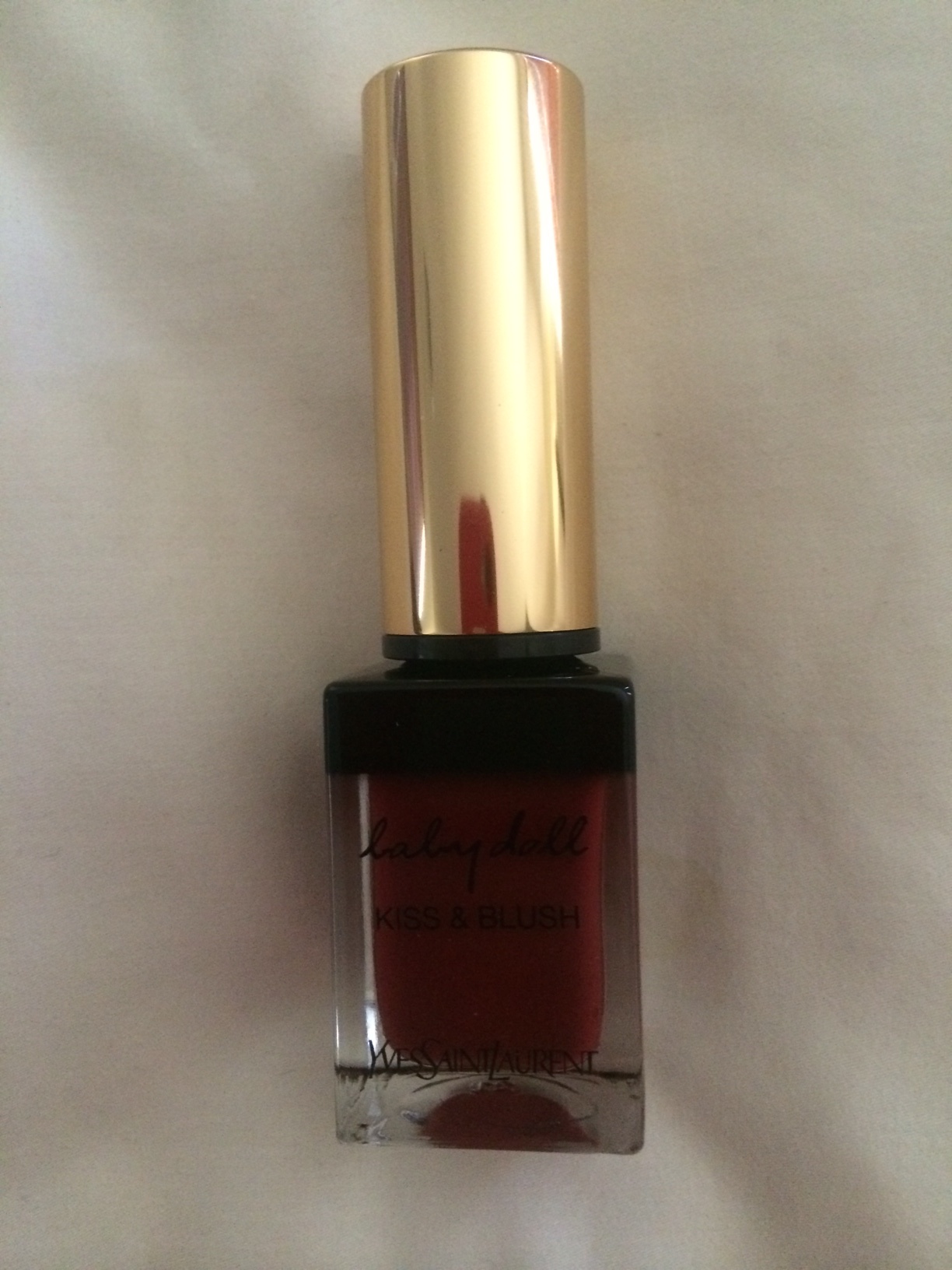 That lighting looks off.  It's such a beautiful plumy (?) purple. It's stunning on you!

1) thank you for this, I've been thinking about it but too lazy to look it up.

Ben Wyatt!  You know the way to my heart.

Adam Scott can do no wrong.

My ex is a dead ringer. I get very confused when I feel the feels for Ben.

I don't know how to feel about this.  Is it possible to feel bad and jealous?

His reaction to the Iron Throne is how I look when I see something super amazing in stores: 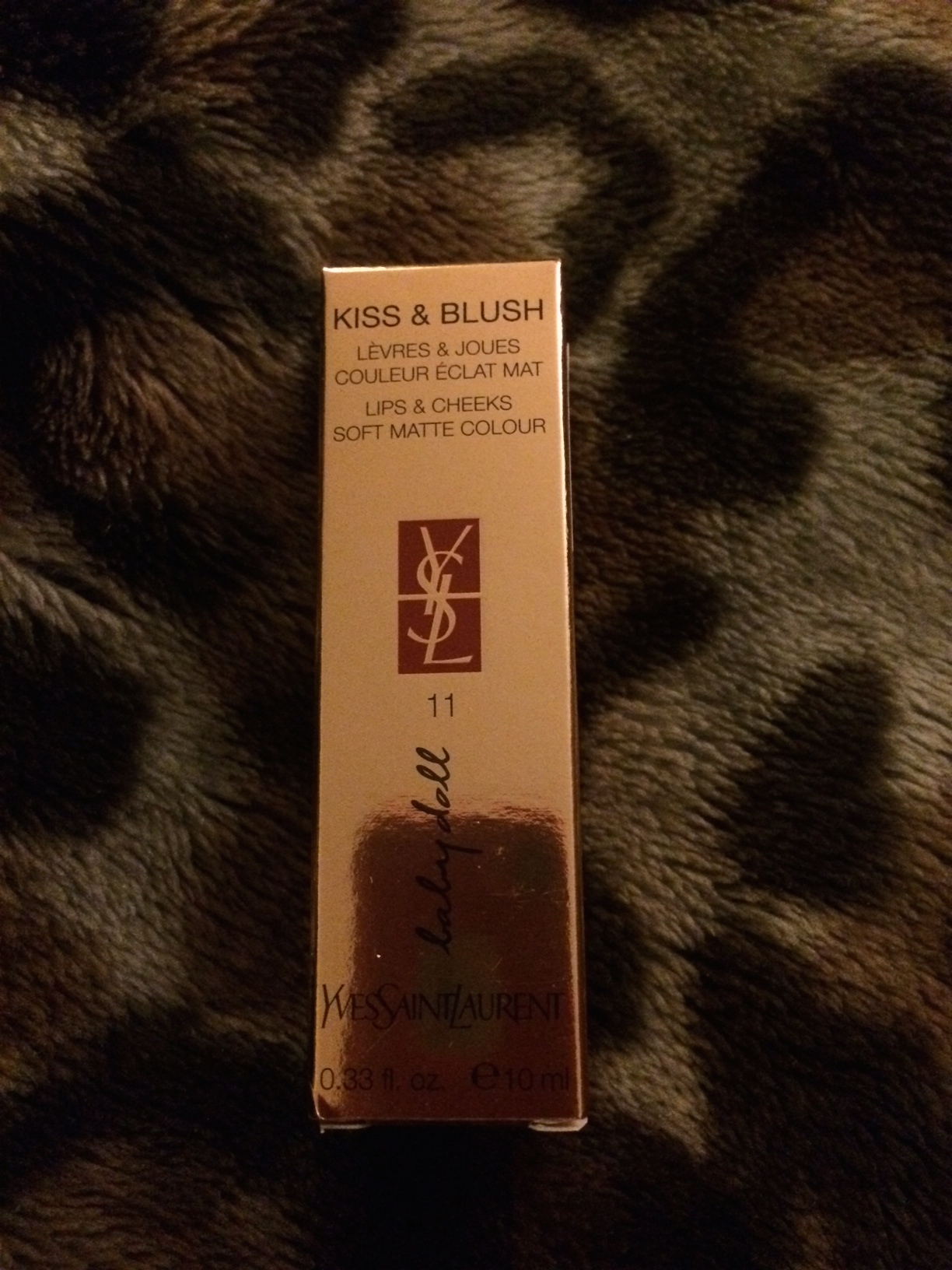 My lovely Kiss and Blush arrived today.  I have to say opening a box with no samples is always a little bittersweet, but I love the lonely content.

Posted above by mistake! Please unpack - which color did you get? 🙂

Color 11, which is a beautiful purple.

RSVPed for Saturday earlier today. They're doing 2 for 1 tickets right now (as if spending $20 to get a $20 gift card is some kind of burden). The woman I spoke with said it's going to be way better than the May event. I hope she's right! The free swag was a little lame at the last event and she specifically mentioned the free stuff being awesome.

If you win a raffle, it will be particularly awesome.  There was not a prize given I would not want.  Good luck and have fun.

Totally. Some old Japanese woman who didn't even realize her name was being called won the Burberry raffle. So jealous. I was secretly plotting how I could steal it.

1
Reply
61 Replies
Conversation Stats
Photos14
Are you sure you want to uncurate this?
Cancel OK
testing