Start a Conversation
Add a Photo
Turn on suggestions
Auto-suggest helps you quickly narrow down your search results by suggesting possible matches as you type.
Showing results for
Search instead for
Did you mean:
Post in Everything Eyes
Posted 01-24-2014 | Updated 03-25-2014
thesupergirl

I think I found a new urban decay palette!!!!!

Of course it's not confirmed, urban decay is denying it of course but the image I'm about to show was found on Reddit, and I found it on the blog zadidoll. 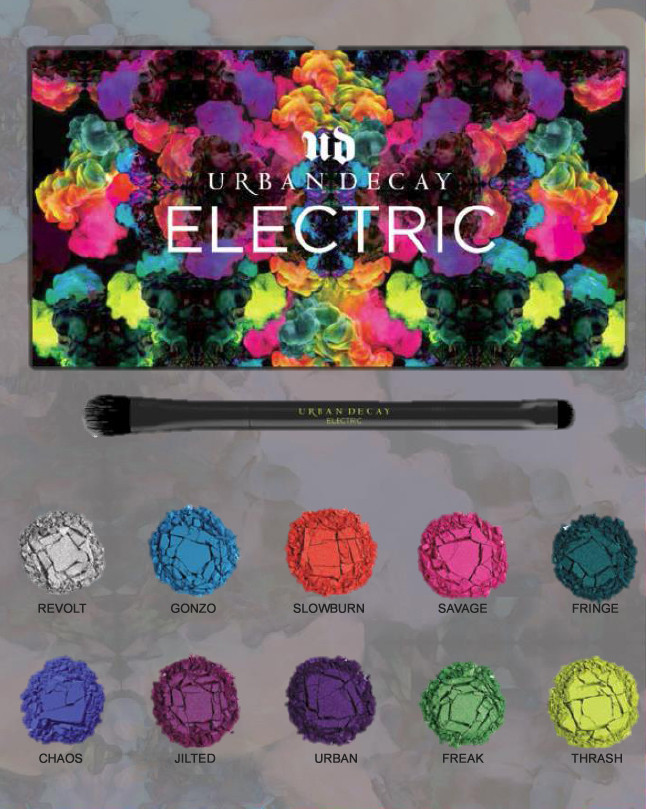 It's up NOW on Sephora's site!  Happy Shopping!

i have been saving my sephora gift card for this just looked and i can't use it online!

You can order it now on Sephora,

UPS has it on their truck for me today! I am going to have fun playing with this palette. 🙂

Here's some of the other shades...

Beautiful.  This is more subtle than I thought it would be.  I am guessing the color is buildable.  What primer are you using here?

Benefit stay don't stray for this look.  The one I posted above with the pink and purples is over the UD Sin primer.  I don't like the texture that one adds under the shadows as much though; it looks bumpy to me.  The Benefit one is flatter.

Beautiful!! Thoughts on starting a separate thread for makeup inspiration/looks using this palette?? I'm still fairly new to using color so I'd love to see other looks and get inspiration from other amazing BT'ers!

Here are the swatches.  The first 10 are the electric palette.  The next two are Sugarpill pressed shadows in Bulletproof (black) and Mochi (turquoise).  The last three are Makeup Geek in Peacock (dark blue), Sea Mist (bluish green), and Twilight (grayish pink).

Revolt seems the least vibrant (at least on my pale skin; probably looks better on medium-dark toned skin)  In person, all the other electric shades seem noticeably more vivid than the other two brands.  I don't know if you can tell....  On a side note, I did find that Savage had more fallout.

The above picture was taken over nude primer with flash.  The next two pictures were taken inside without flash and outside in the natural light.

Lastly, here is a show-off between Fringe from the Electric Palette, Sugarpill Mochi, and Makeup Geek Sea Mist, respectively.  This was taken over nude primer with flash, without flash, and in the natural light.  Once again I don't know how well it comes across, but Fringe is definitely the most vibrant.  It also has a really velvety texture, as did most of the Electrics.

I hope these pics are helpful!  I've never done photos of swatches before.

I love eight of the colors.  Thanks for swatching.  I am adding this palette to my list of musts for sure.

Once anyone gets it, can they swatch it and see if it's better/worse than other brands (Sleek, Sugarpill, MakeupGeek)? I'm really, really attracted by the colors, but going by my disappointing experiences with the Naked palettes, I'm on the fence.

I actually like it a lot more than my sugarpill shadows (I have the burning heart palette.)

The colors are very bright, soft but not too powedery/dry, and I really don't need a base to get the vibrancy of the colors to show (which I sometimes have to do with sugarpill's shadows.)

So, it's definitely better than sugarpill, at least to me 🙂

I own some Sugarpill and Makeup Geek. I'll let you know how Electric compares. I don't own any naked palettes, so I know nothing about the quality of those.

I have sleek palettes! but wont order the electric til maybe next week! but whenever i do ill compare the differences, 🙂

is it goin to be selled by sephora????

they just got it in today 🙂

I'm a little irked I ordered so soon from UD, because I could've gotten more points here if i'd waited, but oh well!

I heard Sephora would probably get this around the end of the month.