Start a Conversation
Add a Photo
Turn on suggestions
Auto-suggest helps you quickly narrow down your search results by suggesting possible matches as you type.
Showing results for
Search instead for
Did you mean:
Post in Trending at Sephora
Posted 06-24-2022 | Updated Tuesday

Beautypedia has stated for the longest time that the site was being re-vamped.  It looks like they've gotten rid of reviews, and have replaced it with an ingredient checker and ingredient dictionary.  I'm devastated.  I was hoping for a plethora of new brands or at least new products to be reviewed.  And I'm saddened that it looks like we can't access the old reviews anymore.  Even if a formula changed, I still found it very helpful.

What happened to the original Beautypedia review site?

The original Beautypedia review site has been replaced by the new Beauty Ingredient Checker, which gives you the ability to analyze and personally review any skin care product you want.

@greeneyedgirl107  Well, at least Beautypedia's not pretending to be separate from Paula's Choice anymore. 🤣 The clear bias in several of their reviews was astounding. Some reviews were objective and I understand why many folks found the site to be a helpful resource. But it seems enough other people complained about the bias and inconsistency that PC decided to drop product reviews altogether and make Beautypedia an ingredient rating tool. I mean, I'm sure other reasons played a factor that only employees know (example: maybe Unilever didn't want to be responsible for reviewing other brands' products and the potential resulting backlash). But I'm kinda sad that you and others have lost what was a helpful resource for you.

I guess PC/Unilever wants Beautypedia to give users a simplified view of best, good, bad, etc. ingredients for any product. They've simply hooked this tool into the existing PC ingredient dictionary to provide more details. I'm sure many people will like the simple pie chart presentation and this type of ingredient rating. Since I'm an ingredient-driven nerd, I prefer INCIdecoder's presentations via ingredient types/categories and chart with a few ratings. (INCIdecoder hasn't rated all ingredients in their database.) I assume PC's Beautypedia team has more experience in cosmetic chemistry and/or dermatologist or esthetician practice than INCIdecoder's team—though I wish PC would be more specific/detailed about that—but I like that both sites still cite studies to back their explanations and ratings.

To test Beautypedia, I entered the INCI list of The Ordinary's Alpha Arbutin + HA serum. Apparently the tool doesn't recognize "alpha arbutin" (with or without a hyphen) as an ingredient: it gave me info on alpha bisabolol instead, which is definitely not the same ingredient. 🤦‍♀️ I had to change my input to just "arbutin" to get Beautypedia to find it in the ingredient database. If this tool's gonna be this fussy about inputs, it's gonna frustrate people. I'll let PC know they should widen the acceptable keywords for each ingredient. Also, I see this new tool now advertises (eh, suggests 😂) PC products related to ingredients. Not necessarily a bad thing since it's at PC's site. Just amusing, when I remember Beautypedia's "reviews" of PC products were all 5 stars and most read exactly like brief marketing blurbs.

For those of you who have loved the Glow Recipe Watermelon + AHA Glow Sleeping Mask 2.7 oz/ 80 mL , it looks like it's being discontinued: 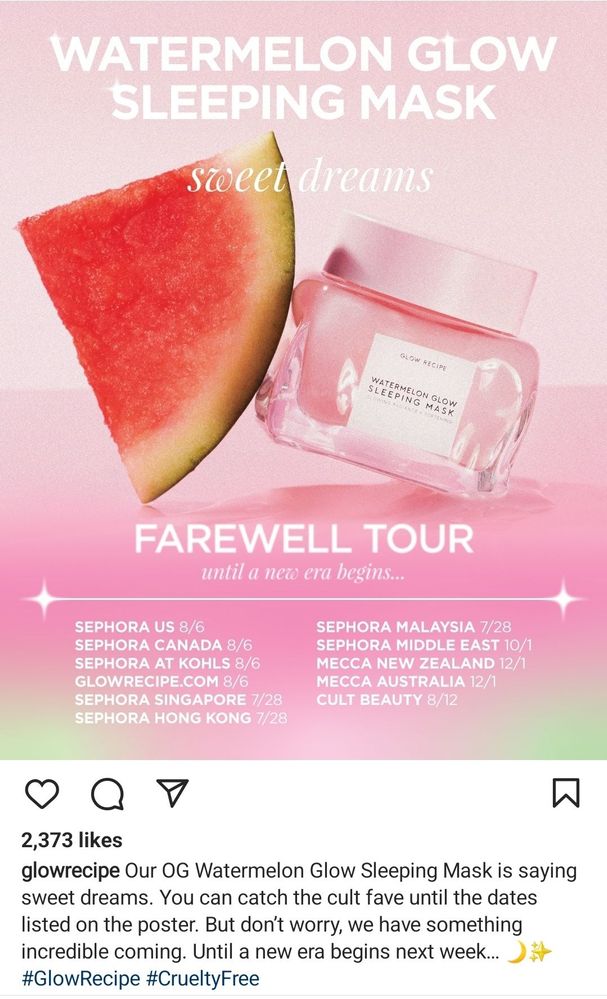 @CookieGirl1 I'm so proud of them for announcing a discontinuation.  Wasn't their watermelon mask a pivotal product for them?  I'm thinking it was the one that came in a sample that was shaped like a slice of watermelon - one I kept missing out on, so I'm so familiar with the product.

@greeneyedgirl107 @Yes agree I wish more brands would be this open when they sunset a product !!

@Kim888 other than UD's Naked palette, I don't ever recall a brand giving people a heads-up that it was being discontinued.

@greeneyedgirl107 and I'm interested to see the "replacement" as well.

@CookieGirl1 Yeah, IDK if I've ever seen a replacement be better!

@CookieGirl1 - Kudos to the company for letting customers know in advance! 💖💖💖

@Titian06 I know, right?  Better than just ripping it off the shelf and then saying, "Surprise!  We replaced it!"

Crosspost: Looks like Glossier is coming to Sephora next year unless another brand has super similar product names ! 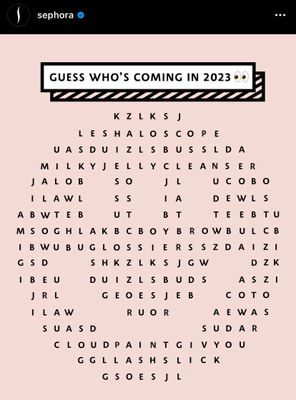 At Bath & Body Works and White Barn stores in the US, we offer our customers a 100% satisfaction guarantee. If you’re not completely satisfied, you may return products purchased from us that are in new, gently used or defective condition (due to materials or craftsmanship) to any of our Bath & Body Works or White Barn stores in the US for a refund, merchandise credit or exchange, subject to this policy.

AT SELECT US STORES, YOU WILL BE LIMITED TO $250 IN NON-RECEIPTED RETURNS OR EXCHANGES WITHIN A 90-DAY PERIOD.  These limits do not apply to the return or exchange of defective merchandise.  At select US stores, Bath & Body Works and White Barn will use an electronic system to record, monitor, analyze, and limit returns and exchanges. At select US stores, a government-issued identification (“ID”) is required in order to track returns and exchanges and Bath & Body Works and White Barn will electronically scan or manually collect information from this ID.

A written copy of this policy is available by request. Bath & Body Works and White Barn reserve the right to modify or withdraw this policy and the 100% satisfaction guarantee at any time with or without notice.

We just want you to love it! Return anything, anytime for any reason. 100% Guaranteed.

If at any time you're not completely satisfied with the quality of our products, you may return them to any of our Bath & Body Works or White Barn Stores in the US for a full refund, subject to the terms of our Return Policy.

Revlon has filed for bankruptcy - from Hypebae

Cosmetics conglomerate Revlon has filed for Chapter 11 bankruptcy protection due to its debt load and the changing e-commerce vertical.

The company expects to receive $575 million USD in debtor-in-possession financing from its existing lender base, which will help support its day-to-day operations. “Today’s filing will allow Revlon to offer our consumers the iconic products we have delivered for decades, while providing a clearer path for our future growth,” Debra Perelman, Revlon’s President and Chief Executive Officer, said to Business Wire. “Consumer demand for our products remains strong — people love our brands, and we continue to have a healthy market position. But our challenging capital structure has limited our ability to navigate macro-economic issues in order to meet this demand.”

Revlon has faced fierce competition in recent years from indie beauty brands that are better positioned to meet the needs and wants of the Gen Z makeup demands. See more on Revlon’s filing and case background as this story develops. 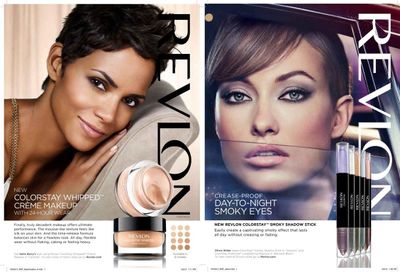 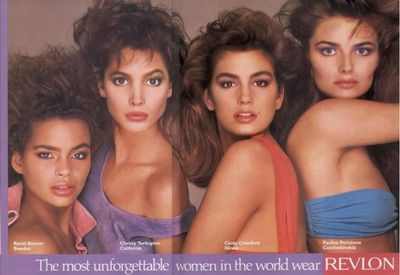 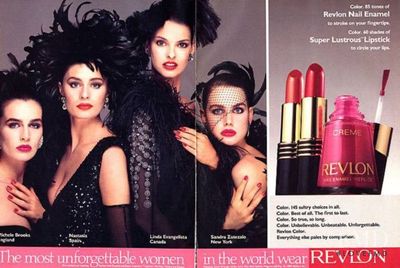 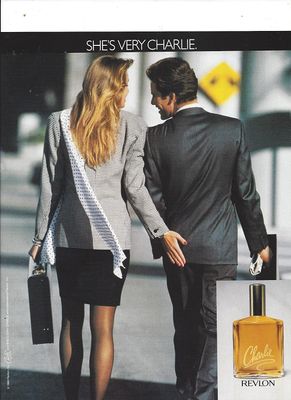 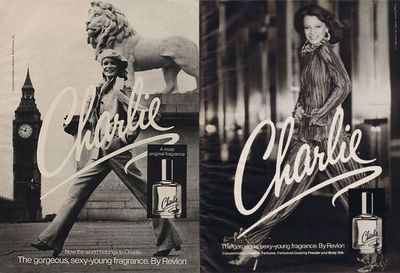 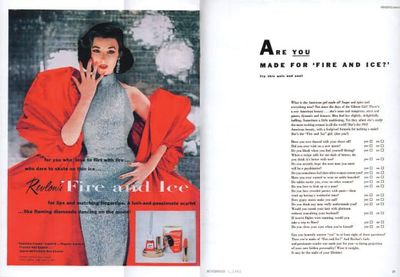 @pocketvenus This reminded me of when Revlon dropped Cindy Crawford.  Here's an old NY Post article from 2000:

Revlon has reportedly traded in Cindy Crawford for a younger supermodel.

Revlon, whose value has dropped from billions to millions since the ’80s, says the 34-year-old Crawford’s look is out of fashion, according to a report yesterday on the Fox News Channel’s Web site, Foxnews.com.

A Revlon spokesman said: “Everyone has to move forward. It’s a new era. We’re moving with the times, and we need a new face to reflect that. It will be someone revolutionary.”

Crawford started with the company as a sweet, young 23-year-old.

In her two decades on the catwalks, she’s married and divorced Richard Gere, then married night-life entrepreneur Rande Gerber and become a mom – but her looks haven’t changed.

Ironically, Revlon is currently using Crawford to promote its hair-care products – which hearken back to the big and bouncy “Charlie’s Angels” hairstyles of the ’70s.

Her $3 million-a-year deal has been her biggest contract for more than a decade, plastering her face all over the world.

But her celebrity may have been her downfall. Revlon research showed she became almost invisible to consumers because she was such a familiar face.

With its new trademark face, Revlon will seek out a younger, hipper following.

Meanwhile, sources say Crawford’s going the way of other disgruntled models and launching her own cosmetics brand to rival the firm that got rid of her.

She already has many personal businesses, including lucrative exercise videos.

Revlon says she may well continue working for the cosmetics giant “in a smaller capacity,” but she’s not yet old enough for its age-defying range – Melanie Griffith’s still got that job.

Crawford isn’t the only 30-something bombshell who’s getting let go for a 20-something.

Estée Lauder is also expected to ax Liz Hurley, 34, as its “face,” replacing her with 28-year-old Gwyneth Paltrow.
6
Reply
2 Replies

@greeneyedgirl107 Thanks for sharing, I didn't know her career with Revlon was so major! What a horrible way to talk about someone's face though, comparing someone's features to a dated trend 😮 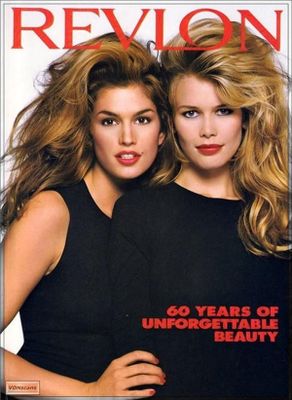 @pocketvenus And the term "outdated" is so odd to use about Cindy Crawford of all people, b/c she's such a beauty.  All the girls were so beautiful then, but she was always my fave.  I marvel even more at her beauty when I look back now than I did then.

I saw an interview with her in the past few years (I think it was part of the Kevyn Aucoin documentary) and it was interesting how she described how people viewed the super models' looks of her day.  She said Christy Turlington was the classic beauty, Linda Evangelista was the chameleon and that she, Cindy Crawford, was "unfairly" labeled as the "girl next door."  I guess maybe she thought that notion limited her career in some way(s).  I can't remember if she described other models like Claudia Schiffer or Christie Brinkley.

3 Replies
Conversation Stats
Photos95
Are you sure you want to uncurate this?
Cancel OK
testing