Start a Conversation
Add a Photo
Turn on suggestions
Auto-suggest helps you quickly narrow down your search results by suggesting possible matches as you type.
Showing results for
Search instead for
Did you mean:
Post in Nailed It
Posted 2 weeks ago | Updated yesterday

It's been a while since I've been inspired to do something fun and artsy, and the bug, errrr, bee, stung me hard last night 🐝 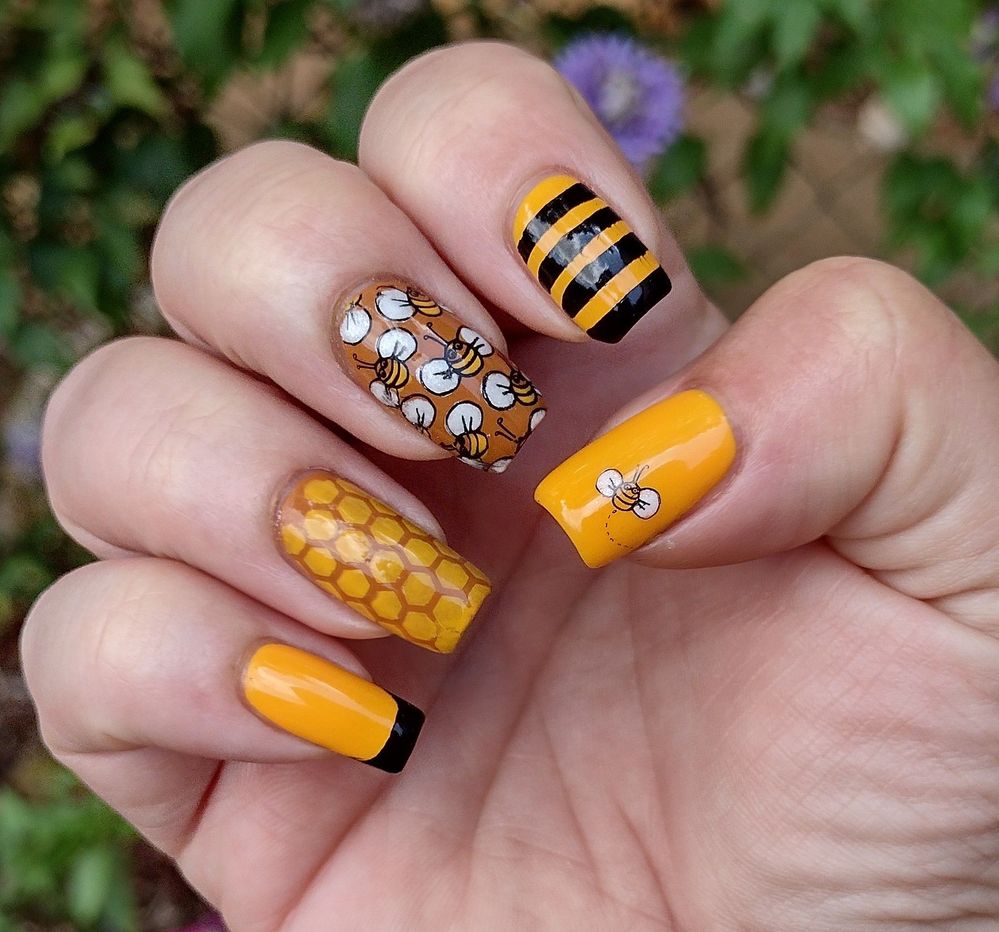 The only new polish here is the bright yellow, What's Up Nails Bee Or Not To Be, a sunny mustard shade with just a hint of orange...not quite mac & cheese chic, but oh so close. This one took me three coats as nearly all yellows do. It thickened up on me quickly (which is probably at least partly due to how slow I am when painting), but adding a little thinner cleared that up easily. It's my first and only cream from the brand, and considering it's a yellow, the performance was pretty normal, so I'd try more from them if they put out more shades I'm interested in.

I flubbed the honeycomb vinyl a little on my ring finger, it didn't stick well on the curve of my tip and lifted a bit, so the hexes got a little jumbled up...am debating adding a french tip to cover it up, but ran out of time last night to actually do it, and it's pretty rare for me to touch up a mani after the fact 😅 Other than that, I'm super thrilled with how this came out. 💛🖤

@RGbrown  These are adorable!! I love them

Thanks so much everyone! This one definitely gets added to my favorite manis ever list! 💛🖤🐝

@RGbrown Honey, this mani is BEEutiful!

Wow!  Super cute, @RGbrown !  I love all aspects of this mani! 💛🖤🐝 I didn't even notice the issue with your ring finger until you pointed it out.  Even then, it's not that noticeable. 🙂

Oh my goodness, this mani is as cute as it can bee @RGbrown! 🐝😍 You've outdone yourself and that's a high bar. Love, love, looooove everything about this look. EVERY. THING. 💛🖤🐝💛🖤🐝💛🖤🐝

If you're like me and have been waiting for a sale to try the brand, here's your chance! 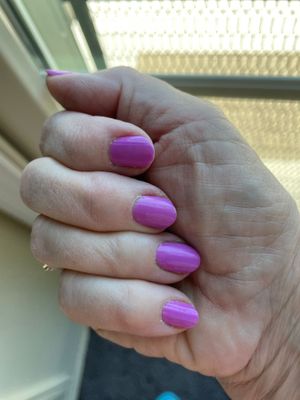 @Cissy63  Such a pretty colour! I’ve been weary for a colour like this!

Thank you @ather. I have enjoyed this color 💜

1 Reply
Conversation Stats
Photos1,947
Are you sure you want to uncurate this?
Cancel OK
testing