Start a Conversation
Add a Photo
Turn on suggestions
Auto-suggest helps you quickly narrow down your search results by suggesting possible matches as you type.
Showing results for
Search instead for
Did you mean:
Post in Nailed It
Posted a month ago | Updated 4 hours ago 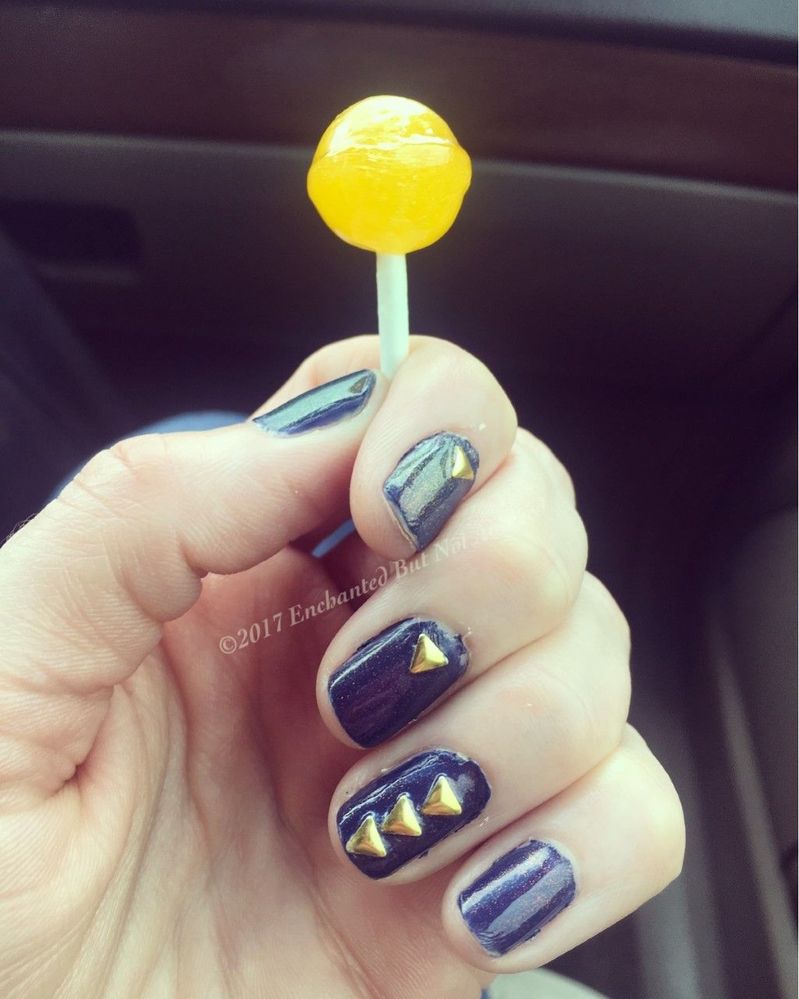 I don't know that I've actually posted a nails pic before, but here goes.  My nails haven't been in that great of shape due to excessive hand washing.

This is Glisten & Glow's "Pink In the City."  I wanted to do something bright for summer. 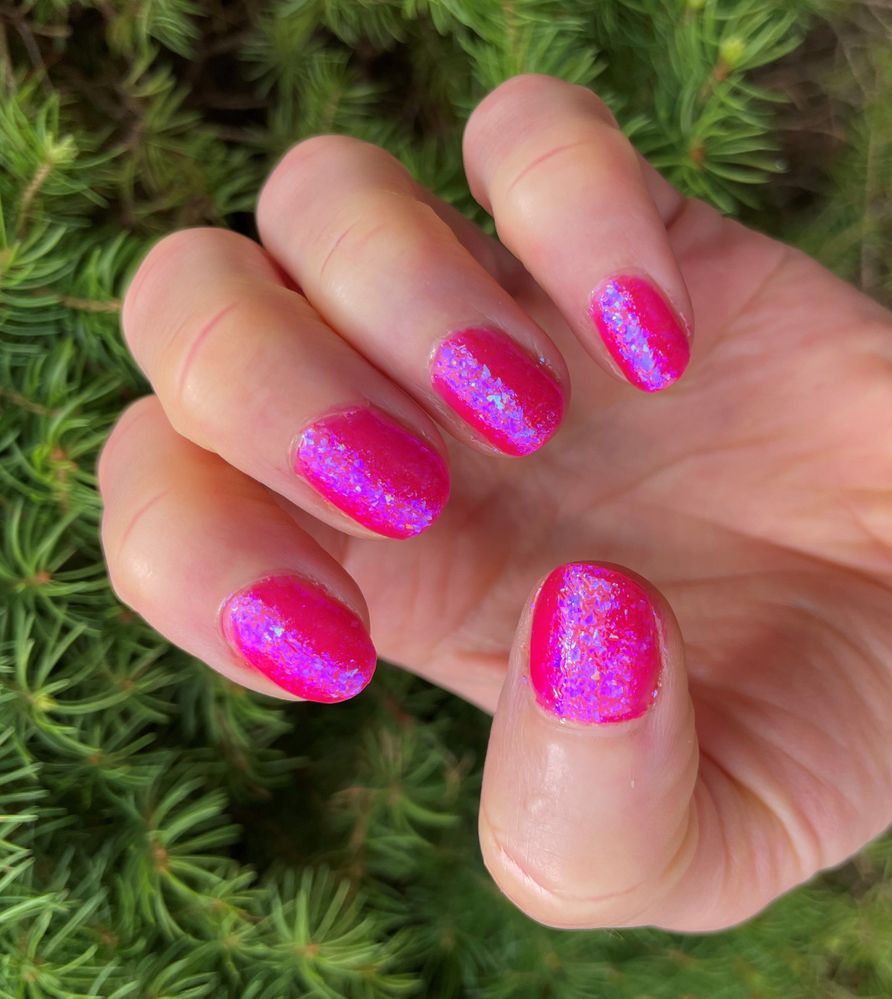 This is An amazing mani!!! Love the color!

@PrettyPaint  These are perfect for summertime

Yes @PrettyPaint! Summer is here and you are all set for it with this bright and sparkly pink! 😍  Yay for posting to the thread too! First post but not the last, right? 🤞😁

Thanks so much @itsfi. I feel like I'm really bad a taking nail photos, but I shall try. I painted my nails today, but totally messed them up. I thought they were dry, but the tips got messed up several hours afterwards...no idea why.

@RGbrown  Thank you so very much. I always manage to find some fun ones from Polish Pickup.

PPU is always a dangerous but stunning adventure 💖

It's way past time for me to do a rainbow! 🌈 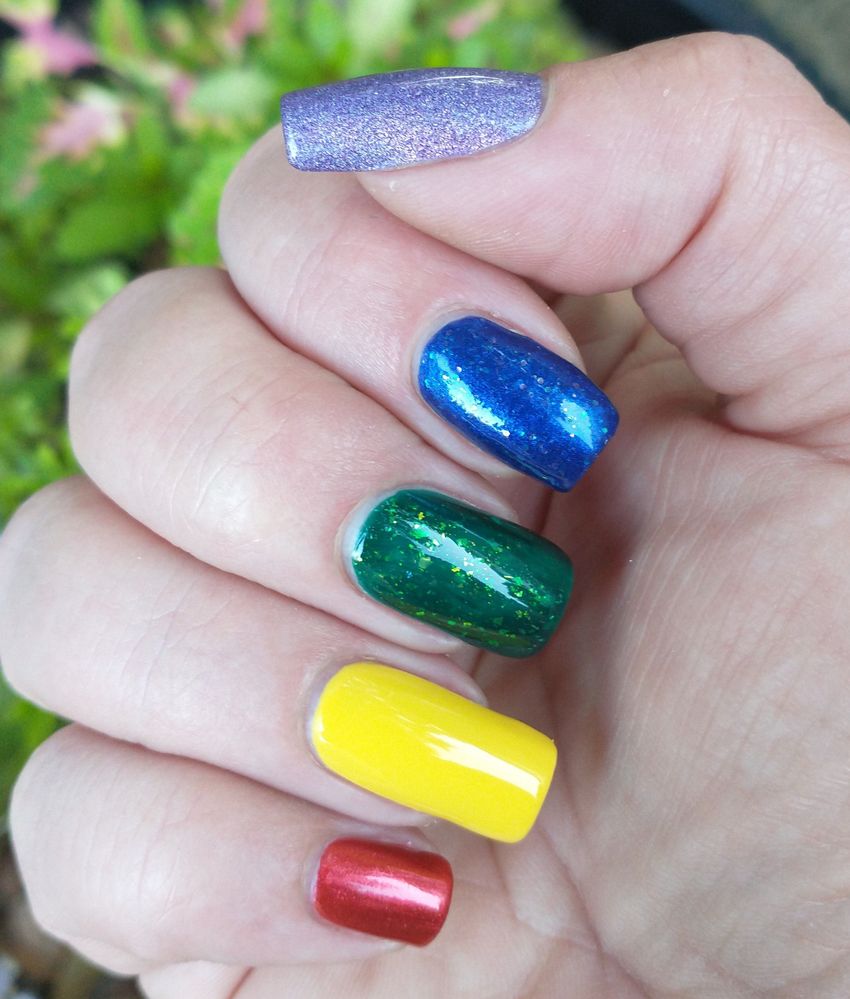 From pinky to thumb:

A bright red that looks like a true red, but also has the barest hint of a rusty/orange tone to it. Easy two coats.

S. Korean polish I found on clearance at Nordstrom Rack for $3ish. Always being open to testing a new brand, I opted for their yellow, hoping our SE Asian friends had maybe made a breakthrough in formulating them better than we can, but alas, it was just as streaky as any other I've tried. I found the formula a bit watery as well, and had to be extra careful not to flood my cuticles or sidewalls. For $3? Worth it to test it, even if I didn't find it spectacular. Three coats.

A stunning emerald crelly loaded with gold flakies. Pics do not do this one justice at all. Two coats.

A gorgeous royal blue shade with a smattering of red, blue, and silver glitter, but the base is perhaps too opaque... most of the sparkle is obscured. It's pretty, but a bit lackluster, IMHO. Two coats.

Morgan Taylor Not Your Average Damsel

While I adore indies for their use of unique pigments, flakies, etc to make truly one of a kind polishes, MT is still my favorite brand for the more basic/typical mainstream stuff. Their brushes are superb and the formula is just perfect, and this one is no exception! 💜

Such a fun rainbow mani @RGbrown! 🌈  Oh that green! 💚 I've been searching for a couple of crellies to try out. Love that you got such a great finish with just two coats. Going to add that one to the list of contenders!

Ahhhhh, the green was either HHC or PPU, sorry!! 🙃 It is stunning though!