Start a Conversation
Add a Photo
Turn on suggestions
Auto-suggest helps you quickly narrow down your search results by suggesting possible matches as you type.
Showing results for
Search instead for
Did you mean:
Post in Fragrance Fans
Posted 07-21-2021 | Updated 07-22-2021

I guess I need a partner in crime. 😉 I am trying to find a perfect summer scent, and I am sure I am not alone on that quest. I see people asking about summer scents all the time. I've been going through a lot of samples lately, old and new. Why not make it fun and ask you, guys, to join me! Maybe we can help each other. It is definitely way more fun to play when in good company. So! Bust out that endless stash of samples! Let's find that perfect summer scent! Let's try a new scent every day, or whenever we feel like it, and compare our notes. Come! Play! 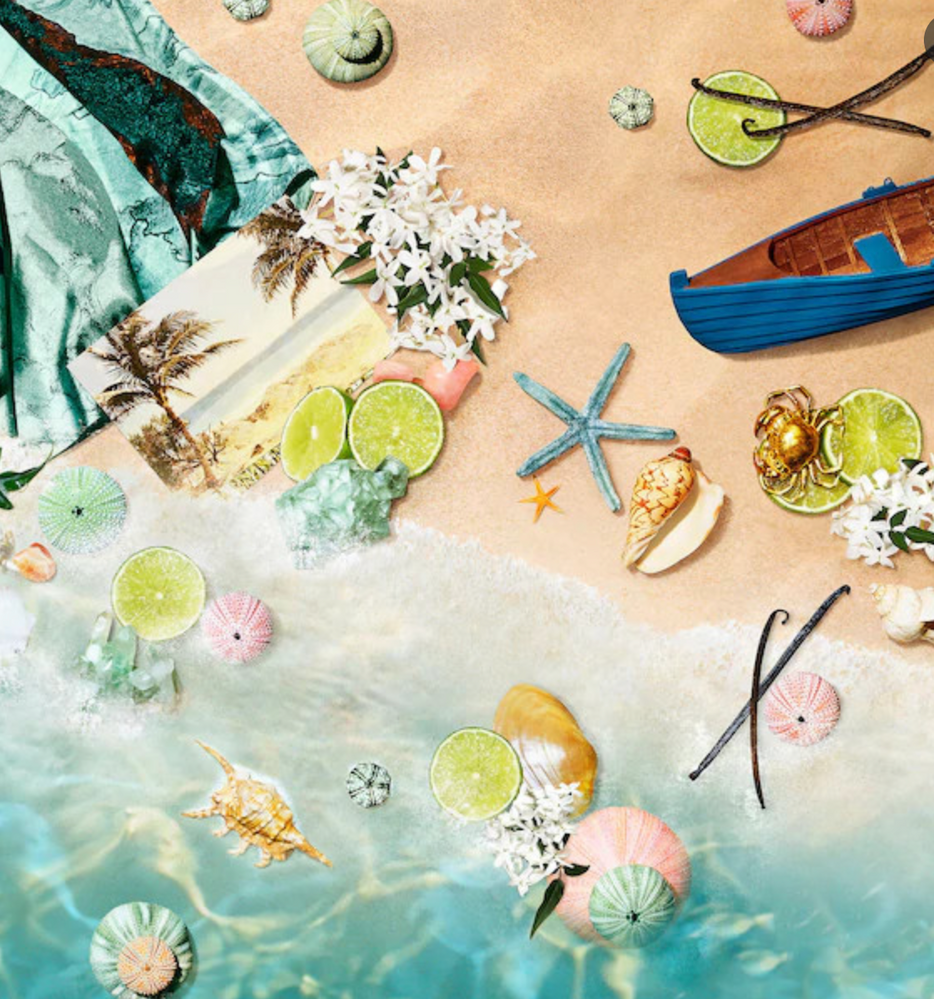 Is indiescents a legit web site? Any experience with them?

@RavenR I've placed a couple orders from them and all was good. It was a few years ago though and I'm not sure if the pandemic has affected their operations. Oddly, they charged USD but they shipped from Canada.

Thanks, @pocketvenus ! Good to know they are legit. I though they were in the US... I guess not?

Do they have sales or some codes sometimes?

@RavenR Yes ,I believe they are headquartered in Alberta. I'm afraid they do not have frequent sales.

The site that I've seen discount most frequently is Surrender to Chance though they've cut back a bit. For awhile it felt like there was like a sales every other week.

But Surrender to Chance only sells samples, right? A quick search showed only Indie Scents is offering this fragrance I am interested in getting. Full size. That's why I ask. But in the meantime I found out that Lucky Scent could order it for me ( with their regular order from the brand. They don't carry that particular fragrance any more because it is not popular/it doesn't sell, but they do carry others from the brand. ), so that would be more convenient I think. Given Indie Scent is in Canada and all. But they ( Lucky Scent ) don't ever have sales. Oh, well. Can't have it all I guess.

@RavenR You're right. They have partial and full bottles as well as samples and decants but these are pretty random. And yes, Luckyscent has really cut back on sales. I would definitely do research before ordering perfume over the border. Because of the alcohol content, it gets complicated.

@RavenR I got a newsletter from Scentrique that had a list of beachy scents. There are a couple you might want to test? Some have coconut though.

SWIM/SX — A MUSKY SALT — Aquatic & Sensual... It kept his code name that sums it up so well. SWIM/SX (for SPORT SEXY) evokes a sensual after-sun that tells us about a man or a woman after a sea bath... Its salty and desirable skin. Okoume wood and musks warm the floral-freshsolar accord of ylang-ylang, Pacific algae and rosewood, while a hint of Indian hemp soils the composition of a slight animalic dimension.

A LAB ON FIRE - Eau d'Ipanema will transport you to the sunny Rio with its gorgeous beaches, salty breeze the the smell of tropical fruits.

AGONIST - Soft, creamy, addictive. This vanilla’s explosion takes you to the beach! You won’t get enough of it. It will taste like a delicious candy on your skin. With Vanilla Infusion, Persian Almond, White Fig and base notes of Madagascar Vanilla and Siam Benzoin.

PIERRE GUILLAUME - A MARINE POEM COMPOSED WAVE AFTER WAVE… Entre ciel et mer (“Between sky and sea”) tells a story of etesian winds, azure skies and flying over seascapes at top speed… Icy, soaring and powerful, the first whiff feels as though it had been sculpted out of the Meltem – the north wind that blows over the Aegean Sea, with notes of crumpled, water-splashed leaves and the fruity-aromatic nuances of a lavender, pear and white thyme accord.

Thanks, @pocketvenus ! Hopefully I can try these somewhere, somehow...

L'Artisan Parfumeur Couleur Vanille.
Ooo, I am kind of liking this! Marine/aquatic vanilla, slightly sweet, mostly salty, airy and sunny! 100% pleasant and relaxing. I am not the biggest fan of strong, and those usual, vanilla scents. Especially not super sweet and gourmand. Or your typical beachy/suntan lotion vanilla. This is not it! What a pleasant surprise! Soft vanilla, with just a touch of sweetness, dash of powder, and a lot of water and salt. You can feel its aquatic/marine aspect so clearly as if you were right there by the ocean. A nice, warm day out at or by the sea. You can smell the ocean air and all the salt in it. You can smell the sea salt mixing with the scent of your warm skin as you lay there soaking up the sun after a pleasant swim in the ocean. Vanilla is dominant, by not cloying. It’s there, surrounding you, as if hanging from green vines all around. There’s a slightly green, herbal hint to it. It’s just so super relaxing, and pleasant. This is not your usual beachy vanilla. And I like it. But I am guessing it is not gonna be interesting for those who like the usual vanilla. This is vanilla that grows from the sea water, sweet and salty, a bit sandy, fragrant and smooth. It gently envelops you with its green vines as if it wants to pull you back to the sea with it... I could wear this vanilla.
3
Reply
1 Reply

@RavenR - This scent sounds wonderful!  I would live to give it a test drive!  😍

Wow! When you first spray it, this beeeeautiful peony envelops you like a cushiony cloud, and floods your senses! Mmmmm! That was so nice! I am sure there is just a touch of creamy tuberose in there. Or maybe that's just an illusion. Anyway. That beauty is short lived. ( It lingered in the air for a while, though. ) Fresh ginger quickly shows up, and it is nice and refreshing, zingy and uplifting. I like it. But, again... short lived. It quiets down quickly. Barely there cedar stops by to bring the peony back again, shy and soft this time. And soon they become one with that fresh ginger, and they smell divine! Finally, that candied ginger shows up, too, and sweetens up the concoction a bit. Definitely not too much. The scent is just slightly sweet. It stays fresh and clean, soft and smooth, slightly creamy, but not much gingery at all... The notes are perfectly blended and in harmony with each other. The scent is quiet. It sits close to skin. But it stays around for a pretty decent amount of time.
Fresh, spicy, sparkly, clean, slightly creamy, very pleasant. Easy to wear. I am liking this. Just wish it were more of a ginger scent.
But, ugh... those hideous bottles!
3
Reply
4 Replies

@RavenR  I was looking at this the other day. I have Twilly and the first flanker didn't thrill me so I was glad to see this one come out. Hopefully they will have one available to test in store. Your description made me think of Yellow Dream for some reason. I am sure they don't smell similar. I really like Yellow Dream (where is that travel size??????) so I'll be sure to test this if it's available.

@RavenR - Your description is awesome!  💖  I agree about the bottles!  😝

I don't know what's the point of those bottles? I am not being sarcastic. I am asking. Really. Never looked it up to see if there's a story that goes with those. Maybe they make sense. But even if they do, I don't care. They are still... ugh...

@RavenR Love your review!!! And my understanding is that this was Hermes' attempt to appeal to "young people" ha ha. I have never seen someone Gen Y/Z wear a twilly scarf 😛

TF Soleil Blanc. Rich and creamy suntan lotion. It opens with strong, very loud white flowers, but that quickly quiets down and softens. Becomes warmer. There's some ylang ylang, coconut, vanilla and amber. It's super creamy and soft, fragrant, stubborn, demands attention. Bit heavy and cloying ( but not in a sweet way ). It's a pretty scent, happy scent, safe scent, a crowd pleaser. But nothing special about it. It smells like many other beach scents out there. Super underwhelming.

TF Eau de Soleil Blanc. Lighter, fresher, airier, sparkier version. A lot of citrus and white flowers... strong tuberose... slightly creamy base ( not as heavily creamy as the EDP ), touch of spice, dash of powder, bit of salt... It's sunny, cheerful, sparkly, but also smooth. It does smells like the EDP in a way. You can definitely say they are cousins. But it's also different enough to get both if you like them.It's pretty, pleasant, safe. Easy to wear. Easier than the EDP. That one is just so rich and creamy it ends up being super heavy and cloying. I like this one better. And this one performs better on me, too. ( They don't last. Super short lived. )
Both of these smell safe, generally pleasing, and inoffensive. Crowd pleasers. Which is cool. I see why they're popular. There's just nothing special about them. To me, they smell like so many other beachy ( suntan lotion ) scents out there. Surprisingly meh. TF, dude, blink twice if you've been kidnapped!
4
Reply

Zoologist Chameleon. Very much tropical flowers, sun, greenery and wet woods. Little earthy. Just like the rain forest with its lush greenery, and fantastic tropical flowers. Super damp and humid. Sticky, really. But gorgeous. There’s some tropical fruitiness to it too. It is really like the rain forest near a beach. You can smell all what I mentioned above with some whiffs of salty, sea air and sand from the beach. Even your warmed up skin pleasantly salty. Warm, sunny, tropical, a bit creamy. Super pleasant. It reminds me so much of some past sunny, tropical adventures, and calls for new ones. Unusual offering from Zoologist ( because it is so "normal" compared to their usual beautiful weirdos ). I kind of like it. It's sunny and cheerful. Happy.

@RavenR - This one sounds nice!

@RavenR Summer Scents I would say most of Atelier's citrus scents(nice for a day in the sun), Sol De Janeiro's 71 or 62 (lightweight), Shalimar Souffle flankers (warm sunshine in a bottle). If you like super beachy try Replica's Beach Walk. Oh haha. Did not see the ocean not beachy remark till I posted. Not sure I can help since I am not wild about salty scents however the salty does make me  think of Viktor & Rolfs Salty Flower.

@Margalee Yeah. I'm primarily looking for some kind of realistic ( or even a good "fantasy" ) sea/salt/marine stuff scent. Not your typical, usual beachy and summery scents. But I am going through all my samples ( or trying to ), and I am not dismissing other possibilities. You never know. So many nice scents out there. I just have the hardest time with spring/summer scents and finding something that I'd really like. Love! As I lean more toward richer fall/winter kind of fragrances. I don't like most of the usual summer notes. And concoctions.

Thanks for your suggestions!