Start a Conversation
Add a Photo
Turn on suggestions
Auto-suggest helps you quickly narrow down your search results by suggesting possible matches as you type.
Showing results for
Search instead for
Did you mean:
Post in Fragrance Fans
Posted 4 weeks ago | Updated Sunday 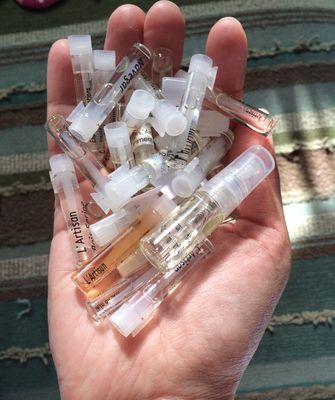 @pocketvenus How to choose 😘 I like the description of everything 🥰

@blackkitty2014 To me, that's the perfect excuse to try smelling the whole line 🙂

@pocketvenus  At first glance (while scrolling the Community home page), I thought these were Tom Ford fragrances. 😂 I like the old bottles, too. But the customization options at Guerlain's site do make these new bottles look appealing.

@WinglessOne I didn't realize they were customizable! Thanks for the head's up, I love the bee lid! 🐝 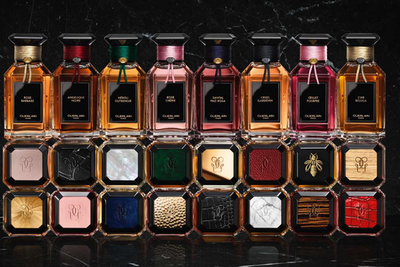 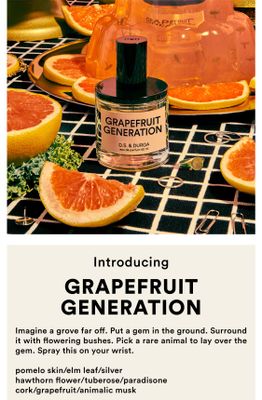 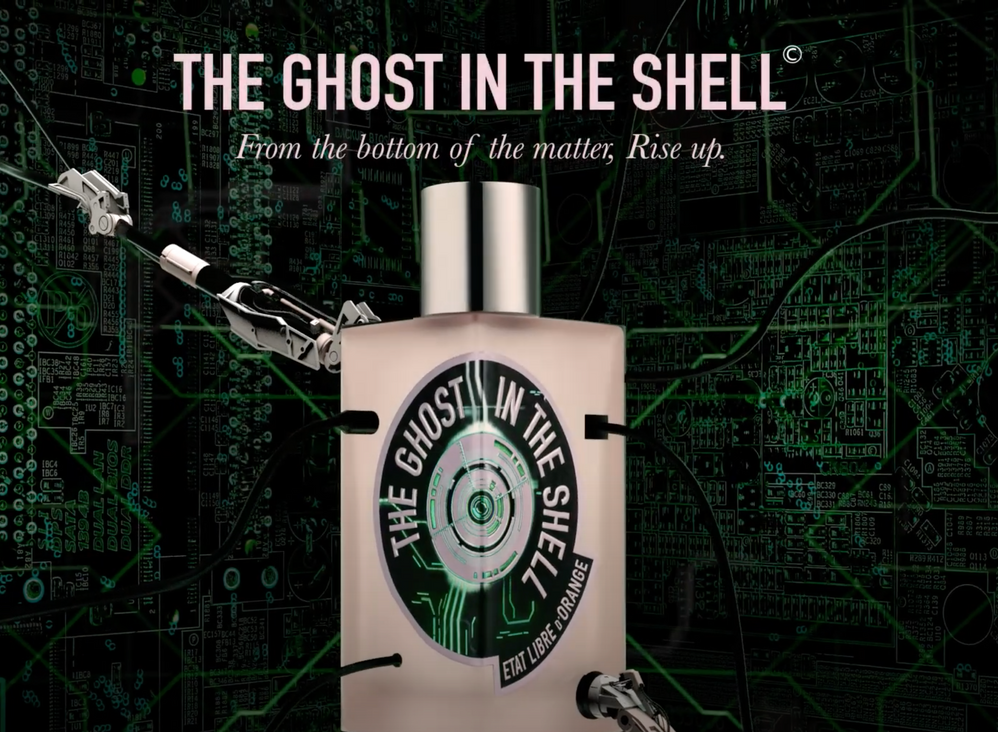 "A fragrance from the future; where nature and technology meet and complement each other. A fusion of liquid-scented Aqual™ and Yuzu bring to life a citrusy metallic freshness. While the velvety skin and juicy fruitiness of peach and pear form a metaphor for human flesh and intertwine with a human heart of Jasmine. A hybrid, superhuman body, between natural and synthetic, whose vital force is born from the power of amber woods and the chrome minerals of moss."

@RavenR Oh wow... as a GitS fan, I must at least get a sample of this one. Hopefully the vanilla base will be just that: a quiet base note that doesn't overshadow the others. I'll be sad if this fragrance dries down to nothing but powdery vanilla. Adding to my Try It list now!

@RavenR Interesting! Etat has been emphasizing the artificial aspect of perfumery lately with this and She was an Anomaly. And there's been a lot of commentary on Malle's newest, Synthetic Jungle. I wonder if this is a reaction to the proliferation of "clean" or "all natural" fragrance brands lately.

Vanilla lovers! I bought a bottle of Dior VANILLA DIORAMA this weekend. OMG run to sniff. Love it.

The citrus opening dries down fast and it is a slightly spicy warm vanilla left.

Sounds lovely thanks for the recommendation 😀

Last one today! Puredistance is releasing its 12th scent, No. 12 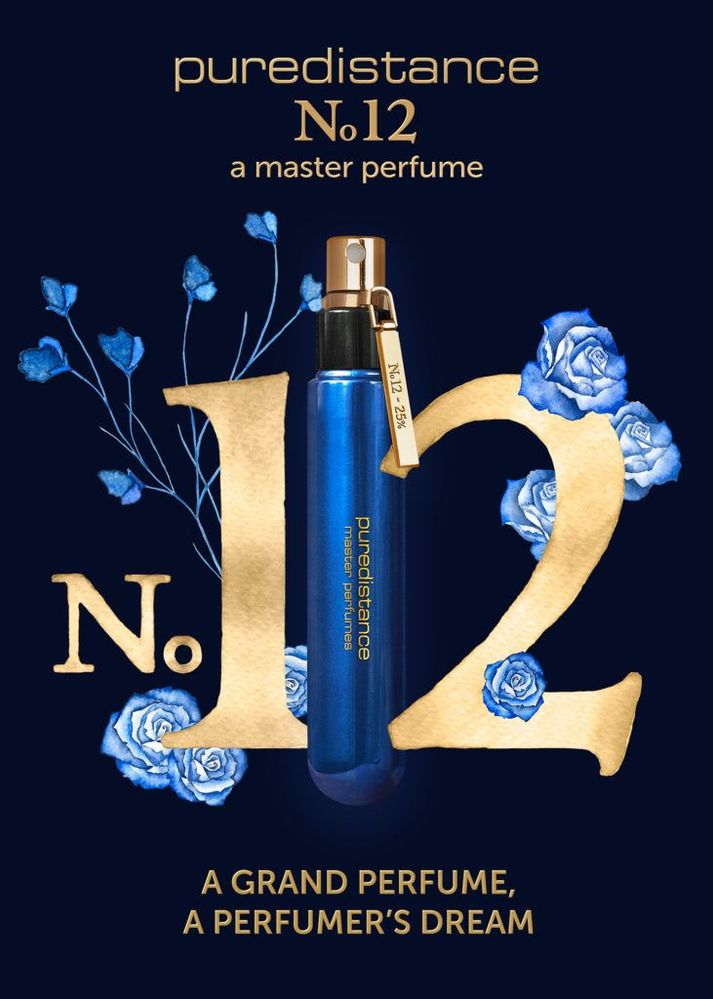 The scent was originally called Gold Taffeta and is described as a rich chypre.

Maverick Bruno Fazzolari is coming out with an LE scent, Pantoum. I kind of don't like how the bottle actually reads "Limited Edition" but will always be down for testing a Fazzolari. 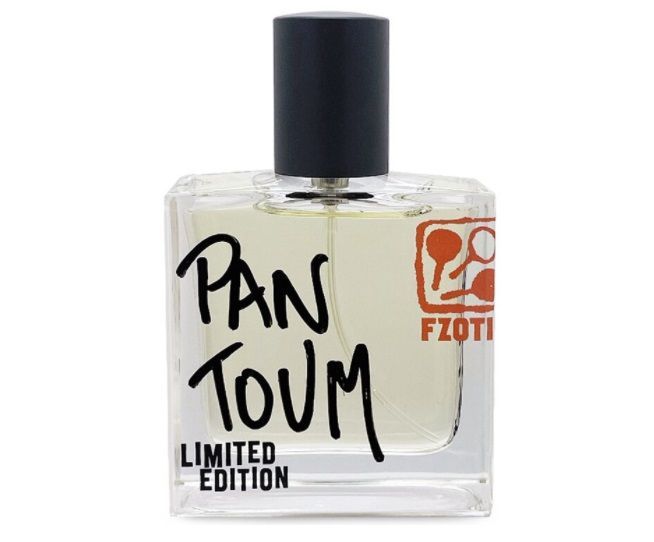 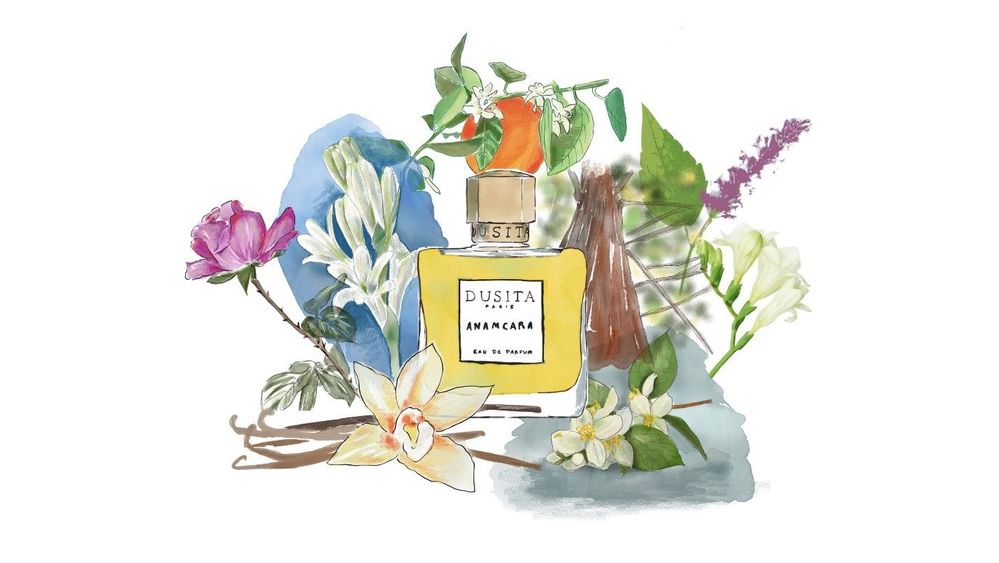 I really love Dusita, and Anamcara sounds like a very pretty floral composition.

The opening, an invigorating Blood Orange from Italy announces a profoundly comforting Orange Flower from Tunisia, accented by delicate flower nuances from our Freesia Accord.

At the heart of ANAMСARA, our exclusive Tea Accord, embellished by Peach/Apricot tones and Vanilla Absolute from Madagaskar, harmonically blends with the spectacular floralcy and inherent fruitiness of Rose de Mai from Grasse,
Tuberose Absolute from India and night-blooming Jasmine Sambac from India.

The base notes, the serene woodiness of earthy Patchouli from Indonesia, creamy Sandalwood from Australia, meditative Cedarwood Virginia, and grassy Vetiver from Haiti provides depth to the composition.

Amouage is really cranking out the new releases these days. 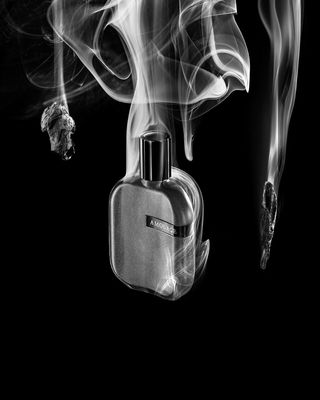 Silver Oud is described as Opening with Patchouli Molecular Distillation, Cypriol Oil, and Virginia Cedar Oil, confusion lies in the lack of an expected top note. Instead, a wide variety of woods come to the fore, announcing a deep evolution. At the heart of the creation, an exquisitely rich quality Oud Assam Oil dances in unison with a deep Vanilla (Madagascar) Absolute as a beautiful duo of contrasts. Meanwhile, Ambrarome, Birch Oil, Guaiac Wood Oil, and Castoreum leave dark sillage imprints on the skin, the smoky woods blending together in an endless finale.

I can't recall if I posted about a couple earlier releases as well, Material for Woman and Boundless for Men 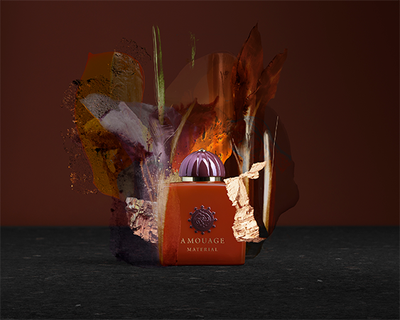 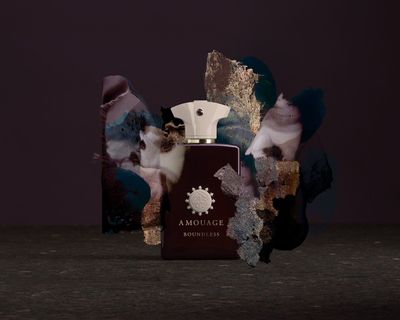 In Boundless, this rite of spring comes alive through tones of spices, clear and crisp, dancing in the shade of deep and somber trees. A stark contrast of warm Cinnamon Leaf and exalting Blood Orange bridged by a fruity Ginger gives way to a heart where Myrrh Resinoid and brittle Tobacco Leaves gleam, at turns honeyed and bitter, while here and there sparks camphoraceous Cardamom, its cold bite gripping onto zingy accents of Papyrus Oil before fading in the mellow haze of a rare and silky Madagascar Vanilla CO2 Extract. Shying behind an Oakmoss veil, Balsams diffuse their hushed and sticky warmth, the Frankincense and the Elemi and the smoky Guaiacwood, their waxiness emphasasing that of an even darker, fruitier, richer Bourbon Vanilla Absolute, shimmering like jungle's very jewel.

Material is not a mere study on Vanilla: it is Vanilla untamed and unleashed. The opening shines under the angelic halo of Frankincense and Elemi, together rising in billows of light, their citrusy zest turning the material Vanilla Absolute into a hallowed balm. They herald with a bright and golden hue the entrance of Benzoin melding into a cloud of Tonka Bean that covers like a shroud a tiaré-like Vanilla before its fall into a crackling pyre of dry woods. The ambery purr of Labdanum, the cocoa-rich dampness of Patchouli and the animalic might of Oud highlight the dark side of their Queen, yet light still prevails through the honeyed-apricot flesh of a plush Osmanthus bloom steeped in a pool of White Musks ending the finale and taking Vanilla to a heavenly realm.

These sound more like the traditional Christopher Chong Amouages. I'll try to sample these when I can. 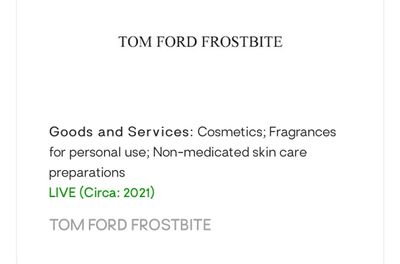 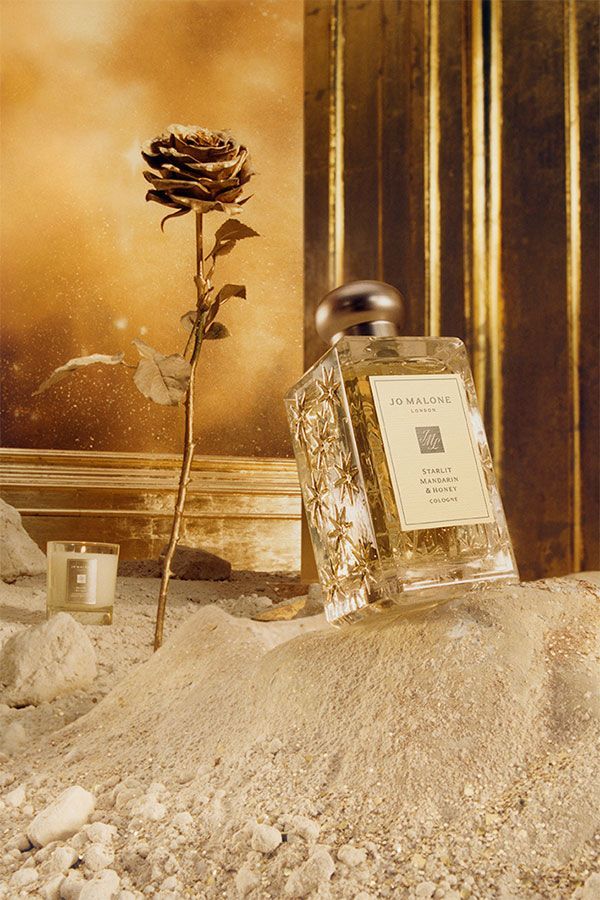 Jo Malone will launch Starlit Mandarin & Honey, a new limited edition fragrance for holiday 2021, next month. In addition, Orange Bitters and White Moss & Snowdrop will be reissued for the season.

In addition to its namesake notes, Starlit Mandarin & Honey will feature coumarin.

@pocketvenus, I had to look up coumarin but from what I found out, the addition of coumarin will give it that holiday tie in.

@LCResz, you may already have heard about this new scent.

- Milk:  We paired the nostalgia of a cold cup of Milk with rich, toasty elements. It’s your childhood Milk and cookies: all grown up.

- Paper (rerelease):  By request, we’ve dusted off Paper and added it back into our assortment. A woody, second skin scent spotlighting Iso E Super--a molecular note that plays off your natural scent-- for a soft Sandalwood trail that is truly unique.

Having been lactose intolerant since the day I was born (no joke), Milk does not sound appealing.  With Paper, I'm not sure what my "natural scent" is.  Isn't that why we take showers and use perfumes--to make sure we don't smell...uh..."natural."

I know they're popular but I just can't get into gourmand fragrances.  I grew up in the 80s & 90s when classrooms would smell like bakeries from so many girls wearing Vanilla Fields so notes of candy, baked goods or any kind of food and drinks are immediate turn offs.  My go to for years has been Mugler's Alien, a heavy solar floral with a warm woody base and strong, almost narcotic jasmine.  It's so intense that it stays on clothes for days and a few times can still be smelled after they're washed, probably because I use unscented laundry products.