Start a Conversation
Add a Photo
Turn on suggestions
Auto-suggest helps you quickly narrow down your search results by suggesting possible matches as you type.
Showing results for
Search instead for
Did you mean:
Post in Brand Loyal
Posted 02-25-2019 | Updated 2 hours ago

A thread dedicated to Wayne Goss brushes and cosmetics line. His goal is to produce a high quality cosmetics line that feels, looks, and performs amazing and made to his specifications. Products will roll out over time. 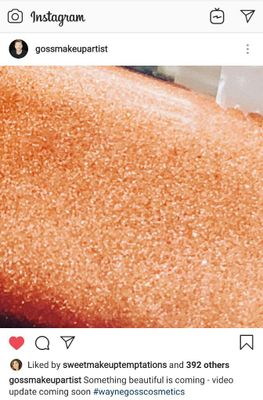 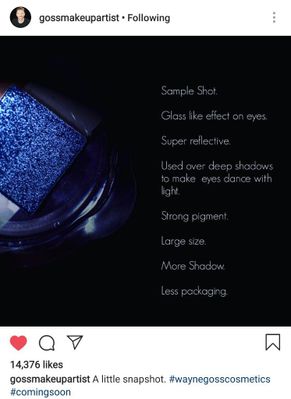 @xcicee stunning! thanks for the review on the brush and the size comparison !

@xcicee, I am ecstatic that you received your brush so quickly!! I can't wait to get mine tomorrow and re-read your description with it in my hand. I love the other brushes in your post, especially the Holiday 2017 brush, which is one of my absolute favourite brushes.There's nothing like it on the market! It's the one I reach for when using highly pigmented blushes (like Tom Ford Savage). Wayne's original 15 fan brush was my first fan and high end brush, and I used it for everything at the time. 🙂

Yess I hope you like yours!! The Holiday 2017 one was my first (and only other) WG Holiday brush! I really love it for highlighter but I rarely use it because my sunscreen is very greasy and I'm afraid to damage the bristles. It diffuses pigmented powders perfectly though. I regret missing out on the 2018 brush.

The 2019 Holiday Brush is loaded on Beautylish and retails for $62.

RE: Re: Wayne Goss Thread | Brushes and Cosmetics

Did anyone else see his YouTube video on how to use and see his “pull out eyeshadow with it” technique? Just wondering if anyone has suggestions on other brushes to do that technique with. I have a lot of face brushes already so I was going to pass on this but I really want to replicate that eyeshadow thing with something I own already.
3
Reply
3 Replies

@xcicee, I saw the video and, in fact, Wayne demonstrated this technique before when he rolled out his original eye set. The video on his YT channel is titled Wayne Goss The Eye Set - Coming This April and dated March 21, 2014. He was using a domed eye brush to demonstrate the technique. I'll send a DM with the link. He also used this technique when introducing last year's holiday brush, which was also a type of fan brush. That video is titled The Wayne Goss Holiday Brush 2018 dated Dec 12, 2018 (about 3/4 of the way through the video).

@TraceyEB Thank you Tracey!! I'll go check it out now. Really appreciate it!

@xcicee, I added one more video to my original reply. 🙂

Placed my order after some technical difficulties on Beautylish's website. Yay!!

@TraceyEB @blackkitty2014  btw I didn’t get the brush... I just told you guys to get them if you’re interested and I’m surprised it didn’t sell out!  I thought it’d be selling like hot cakes lol! Well it’s still on sale and I’m already thinking if I should get it while it’s still available 😂

@mezzotown88and @blackkitty2014, sometimes it takes the photos and reviewer videos before this type of brush sells out, and the price point isn't cheap. While I adore Wayne's original fan brush, I'm not enamoured with them in general. (I'm lazy and use the side or angle of whatever brush is in my hand for blush to apply highlighter). The one brush I wouldn't buy again is the big fan brush of Sonia G. It works really well, it's just oversized for my face. My WG holiday brush will be here on Monday and I can't wait.

@mezzotown88 Looks liked not many people like fan brushes.  I'm a sucker for fan brushes though.  I still have couple Sonia G's fan brushes on my wish list. 😉 I would hoping it will be arrive today but looks liked FedEx got delay until tomorrow.  Anywho, i can post once i receive it

@mezzotown88 @blackkitty2014 Saw on IG that trishalee_w was applying product using the new WG Holiday brush. It looks so luxurious!

Yup @mezzotown88 , @TraceyEB  i got mine too.  I wonder if the same developers work for Natasha Denona site.  Just kidding!

@blackkitty2014, glad you got one! I stayed away from ND's site when I read what what people were experiencing - yikes!

@blackkitty2014  I wonder the same about JS 🤷🏻‍♀️ They are both sold on beautylish so they might use the same developer or not...

@mezzotown88 I got it!! Merry Christmas to me!!

Emails from Beautylish indicate launch is next Thursday. Price TBA.

Introducing the 2019 Wayne Goss Holiday Brush. Video on his youtube channel as well as an early release signup link. It's a natural hair brush that can be used with any medium. It looks exquisite! 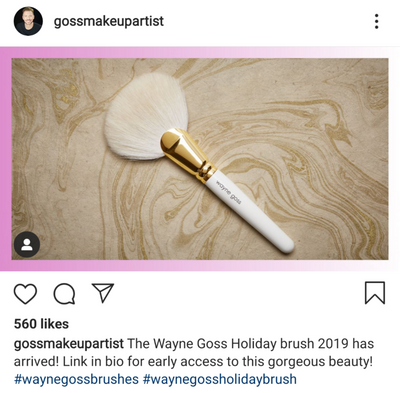