Start a Conversation
Add a Photo
Turn on suggestions
Auto-suggest helps you quickly narrow down your search results by suggesting possible matches as you type.
Showing results for
Search instead for
Did you mean:
Post in Brand Loyal
Posted 05-15-2015 | Updated Wednesday 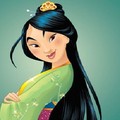 Please do!  I'm mixed on CT and it's pricey...but I like the packaging.  Amazing what we can want when we so don't need....

Appreciate your thoughts when it arrives!

I think I'm interested in the highlighter and the blush. But I will stay strong until I got more feed back from you lovely BTs 😉

I got my first CT haul in the mail the other day (FilmStar Bronze and Glow, Dolce Vita palette, Nude Kate and Hepburn Honey lippies, Iconic Nude lip pencil, and the pencil sharpener because I needed a new one). I was swooning over every single product. I really want a couple of products from the Norman Parkinson line but my bank account is somewhat relieved they're not available on the Canadian site just yet.

Glad you love Hepburn Honey! It's my favorite nude lippy. Reminds me of the photo of Sarah Hyland where she used it, the FB&G and Love Glow blush for a red carpet look (photo from Nopabeauty): 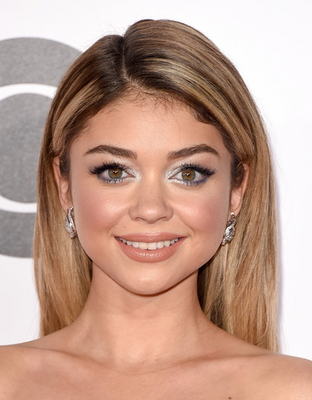 I love that Hepburn Honey feels 'unique' as far as my existing nude collection goes. I tend to go more for the typical 'Nude Kate' shades but Hepburn Honey has that touch of honey brown that still manages to look really flattering and modern on the lip - exactly like it does in Sarah Hyland's pic. I was on the fence about Nude Kate because without testing first, some lighter nudes can wash me out or look a little 'deadly' on my face, but that one was perfect and spot on as well. CT definitely understands how to do a good nude lip!

I really want Birkin Brown but they didn't have that one up on the Canadian site yet, so I'll have to keep checking back. I never would have given that shade a passing glance but when I saw it on Style Lobster's youtube video, it suddenly became a 'must have'.

So the rumor was true - CT has a new shade of Filmstar Bronze and Glow for deeper skin tones 🙂 No idea when it will be available. Wayne Goss shared this photo on his FB:

This is interesting. That bronze looks quite orangey. I tried the originals do the sculpt color did nothing on my skin. I'd at least swatch this.

ST, I saw this and was a bit interested too.  But I plan to pass:

- It seems to be a cream product versus the previous filmastar duo.

- I think this set would suit deep skin tones really well.  The highlighter on this seems to have more colour than I wuld like.  The "sculpt" shade looks good.  But I don't contour.  Although this looks to be a bronzer more than a contour product.  The previous filmstar duo suited light - medium skin tones.  I feel like I am stuck in the middle with a medium/deep tone.

I feel ya, GC. I'm just happy CT is expanding the color range to be more inclusive. It looks like this one is powder, as this is just a different shade of the original FB&G. A cream version is part of the Norman Parkinson Collection (FB&G Suntan and Sunlight). I quite like the original, though the packaging lacks the heft for the price.

I stand corrected!  I thought this was the Suntan/Sunlight thingy.  If it is in the powder form, at least I will make sure to check it out in the store.  I recently tried the original filmstar sculpt side to see if it would show up on me.  I couldn't tell....very faintly.

I find CT products to be very beige.  Two of the SAs that work this counter can't wear her foundation as it doesn't run dark enough.  So I am happy to see more shades coming in.

True about Charlotte's focus on beige (the same way that TF focuses on pink). Both the CT luminous and matte lippies are heavy on beige and brown. It makes sense as Charlotte is all about the amped up natural look.

This is gorgeous, that's for sure!

IKR! Makes me want to eat a bag of salted caramels. Yum!

Norman Parkinson collection is now available on the US site up to "a week before general release". Here's the email: 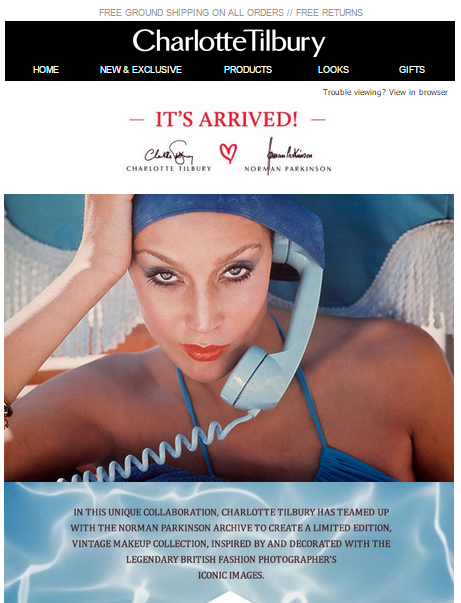 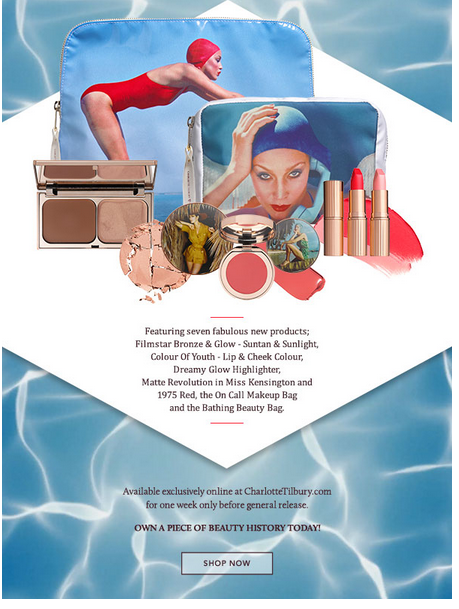 The swoon-worthy collection is available June 26 at CharlotteTilbury.com, July 9 at Bergdorf Goodman and July 23 at Nordstrom, Net-a-Porter and BeautyLish.

I read on FB that the Norman Parkinson collection is being released on her website June 26 exclusively.

Wondering if it will be released in stores as well but at a later date.

Has anyone heard anything else? Especially for Canadian stores in particular?

Did anyone in Toronto go to the CT launch tonight? Wish I lived in TO!

Uh oh. Thanks for telling us. I was figuring Nordstrom would get this. Gotta start stalking her site now. I really want that lip/cheek compact.