Start a Conversation
Add a Photo
Turn on suggestions
Auto-suggest helps you quickly narrow down your search results by suggesting possible matches as you type.
Showing results for
Search instead for
Did you mean:
Post in Brand Loyal
Posted 03-26-2015 | Updated 28m ago

Share some pics, news, what are your 'must haves' for Chanel releases coming up?

@Winthrop44 I’m not sure if anybody has discussed this yet, but the new version is not actually a tint, it’s been marketed as having five times the pigmentation of the original

@Mochapj Yep, I thought I heard 3x, but then again I heard it had bitter orange extract too. In any case supposedly the reason it comes with the smaller brush and is a lesser volume is that it can be used more like a concealer. I guess that's to encourage us to buy both the Water-Fresh Complexion Touch and Water-Fresh Tint! lol

Any feedback on the Water tint blushes? They are now up online at Shoppers and was considering it with the bonus redemption 🙂

@ChristalM all the feedback I've seen was from when these launched in Asia last year. I haven't seen many North American reviews since they've only just launched here and there this month.

I went looking for them yesterday at my local beauty boutique but they didn't have them in store yet even though they're online.  One thing I did note is that the North American release has 2 additional shades that Asia didn't receive (Deep Apricot and Deep Bronze)

All the feedback I saw when they launched last year in Asia was fairly positive. They were described as pretty subtle and the Intense Coral shade seemed to be the fan favourite of the 4 that launched (and also seemed the deepest shade offered at the time)

@Mochapj Thank you so much!

I can't seem to find much when I dig so I think I will just jump in and get one. I did notice we seemed to have more shades than I noticed in the original release.

This is the Light Pink Water fresh blush on me. I was scared it might be a little pale for me but I think it is perfect. Beautiful product. Nice and glowy! 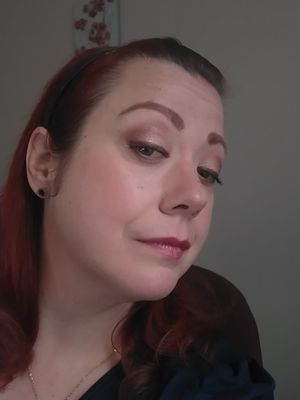 I just want to chime in and say, "Beautiful!"  Your photo should be used to sell this! 😊

@tsavorite Oh my gosh you are too kind! Thanks 🙂

This is so lovely 🥰  @ChristalM . I’m about to skip this nut now I’m reconsidering 🌹

@blackkitty2014 Oh you really should consider it. It is beautiful!

Thx you @ChristalM . I will get 1 or 2 shades. Debating which one though 🥰

@ChristalM, this shade looks beautiful on you!

@TraceyEB ah thanks so much!

Gorgeous shade for you @ChristalM !

@Mochapj thank you. These really are a lovely formula aren't they?

It's really pretty on you, @ChristalM!

@curlychiquita thank you so much!

@ChristalM That looks gorgeous on you!!!

@Winthrop44  ah thanks so much!

4,239 Replies
Conversation Stats
Photos1,031
Are you sure you want to uncurate this?
Cancel OK
testing