Start a Conversation
Add a Photo
Turn on suggestions
Auto-suggest helps you quickly narrow down your search results by suggesting possible matches as you type.
Showing results for
Search instead for
Did you mean:
Post in Besides Beauty
Posted 03-01-2017 | Updated 03-18-2021

I've been meaning to start this thread forever and thanks to @lmi82 for giving me the push! Please post any current or upcoming Disney collections here. There are so many which include beauty, fragrance and fashion. Whether it's Sephora, Danielle Nicole handbags, Jamberry nails or my favorite cheap stuff from the drugstore collections, add it here. There are so many Disney fans here on BT and our posts get scattered. Hope this enables our shopping habits all the more.  ✨Faith, Trust and Pixiedust! 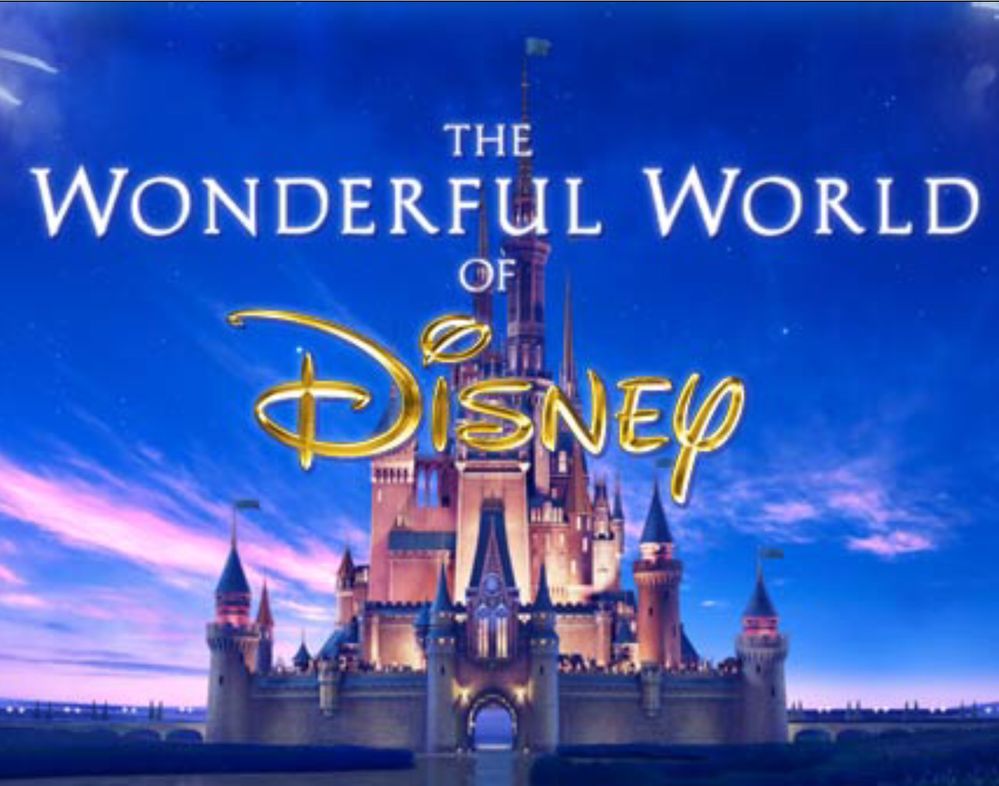 @veronika23 They are really something and would look gorgeous in a nice well made frame.

They sure would @darkiceis  Do you have the name of the artist?

@veronika23. Unfortunately no :(. They are pretty popular images so it shouldn’t be too hard to find the artist. If I find out I will let you know.

Thanks @darkiceis!  I'll do some googling on this 😄

@veronika23 The artist’s nAme is on the prints, Alice XZ . Mystery solved and it was in our faces. 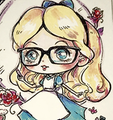 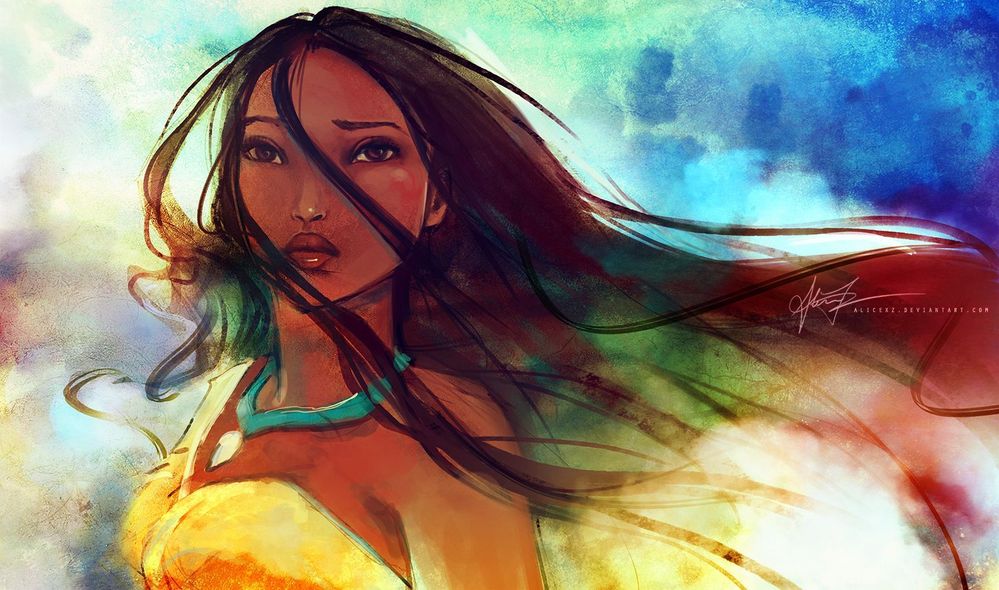 Funny story time. Years ago my husband and I were at the now named "Hollywood Studios" park in Kissimmee (part of Disney World), watching the Fantasmic fireworks end of day lights show. It was princess themed.

In the middle of the performance, Pocahontas comes out and starts singing "Colors of the Wind." Please also note that I am surrounded in the stands by not only my husband but many, many.. children.

Anyways.. as she is singing. I being the cynical, sarcastic, and just downright uptight soical studies/history teacher that I am began to criticize the whole performance saying Pocahontas was a FRAUD, that the story was not real, and (are you ready..) that John Rolfe was committing a crime being with her because she was only 14 when they became romantically involved. (Yep.. that's me. Ruining disney for kids on their vacation.)

My husband wanted to kill me btw and I was on "silent time" for the rest of the vacay. I hope you enjoyed that little bedtime story *wink wink*. LOL! 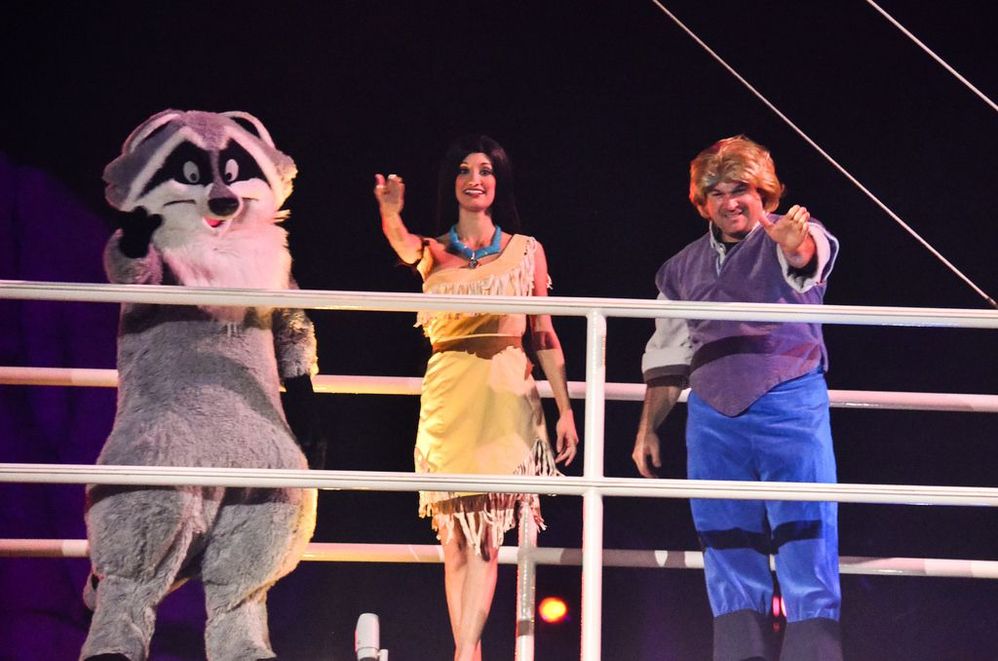 Meeko? Pocahontas and John Smith during Fantasmic (b/c we all know how John Smith ends up in the real story)

I want to meet Meeko.

Totally understand, @Samtian.. and please don't take my sorry in offense. I actually kind of like Meeko too.

@willa25 Oh no no no offense taken, I was just saying I was jealous cause I want to meet Meeko lol.

Sorry, I saw this and had to ask if you like Hamilton the broadway show (I recently saw it)? I ask because it’s a huge hit but it’s also historically inaccurate! 😂

@natalie12, in reference to your earlier question.. I realized I didn't answer it. (sorry, super long day. My brain is slowing down and and still going fast.. don't figure me out. lol!)

I don't really know much about the Hamilton show except that you can't get tickets or at least it is very hard to obtain tickets as opposed other broadway shows. I personally though have never researched the show nor use it in my curriculum. I do know that they offer student showings and an educator discount program but I've never pursued it.

Sorry to not provide a better answer. Welcome back by the way!!!

@natalie12, thanks for linking to me. Welcome to BIC. Great name.. seems to be very popular at the moment.

Hello! It’s an old name. I was on bt before they changed it. I’ve been through cycle of anger and frustration with the new site but I’m starting to get the hang of it. Still really hate it! *Send in Stitch!*

@willa25 Oh no you didn’t! I would have cried if I was next to you lol. Pocahontas is my favorite Disney movie and I love the story so much. Have you seen “The New World” with Colin Farrel? It’s long but it’s really good imo.

Actually I haven't seen that movie, @darkiceis. To be honest, I've never been a big fan of that actor so I kind of stay away from projects he is in.

Hahaha @willa25 now that’s my cup of tea! You’re hilarious! Being socially aware and having more knowledge of history has ruined so many, if not most, Disney movies for me.

@bakeamuffin, I always tell my students each year that part of my goal as being their teacher is to teach them the "version" of history that was swept under the rug.. the one they will never read about in the textbooks.

It has been part of my mantra since the beginning and is kind of (no, actually not kind of.. more like 100% big deal to me) that I was always teach the full truth, not the glamorized or edited versions that many of us learned not too long when we were in school.

Hope I made you smile.. seems like you got a kick out of the whole thing!

@willa25 😂😂😂 Now thats a Classic Debbie Downer and I 100% approve 😂😂 And your hubby was losing his mind, makes it even better 😂 I’m cracking up at this!