Start a Conversation
Add a Photo
Turn on suggestions
Auto-suggest helps you quickly narrow down your search results by suggesting possible matches as you type.
Showing results for
Search instead for
Did you mean:
Post in Besides Beauty
Posted 03-27-2020 | Updated 09-18-2022

@Ispend2much6 totally agree with you on the tax situation. It's so frustrating. While I'm envious that your area doesn't have quite as strict of a lockdown, it's not great to risk going out and getting pneumonia, either. Tough times, girl.

@CookieGirl1  All of our businesses except essential are closed, so really there's no place to go except outside, fast food drive-thru, grocery store, and medical places. Oh, and ABC stores.  Is that similar to your shelter in place?

I'm kind of waiting for the bomb to drop once we get more tests in, which are also taking ten days to come back.  I don't know if my kids should go back to work (one works at a car spa, the other at a fast food restaurant that is only doing drive-thru.)  Being immune compromised it's a little terrifying to have to make that decision. My husband, for now,, is able to work at home so having everyone home for two weeks was a relief.  My kids don't "have" to work, but it is good for their psyche.  So, so tough- you are right.

Our town and the available businesses sounds similar to yours, @Ispend2much6.  It sounds like your entire family is pretty up in the air about everything (which is very unnerving).  That's nice that your hubby can work from home, at least--small consolation.  Hope you all stay safe :).

@Ispend2much6   Yeah I too wonder if a lot of people had this one or two months ago. I had what I assume is influenza A. My daughter tested positive. Everyone took tamiflu. But I definitely felt like I was sick. Then several weeks later my daughter had another virus. Low grade temp. But mostly a horrible cough that went on for about 10 days. She only had a fever one day. She stayed home one day due to excessive cough, this was several days after last fever. I had sudden onset of sore throat and maybe low grade fever. I don’t always get High temps when sick. I have a primary immune deficiency so when I started feeling bad on March 7. I started antibiotics on March 8. I started coughing up lots of nasty stuff. I had lots of chest tightness and some shortness of breath. I assumed it was bronchitis and took antibiotics for like 7 days. I think lots of people probably have had this but fought it off. I hope they get a lab test soon to see if you have had it or have antibodies. I don’t have definite answers just speculation.  I’m just now feeling like the chest it almost back to normal. I run about 5 times a week so am in good shape. Sure makes you wonder.

@jen81 @Ispend2much6   interesting you say that because our whole family got sick right before Christmas and right through the new year.  It started off as a cold which progressed into fevers for everyone at alternating times which then turned into pneumonia for me but a lingering cough for everyone else.  We just thought we had rhinovirus or the flu.  I suppose only an antibody test would tell for sure.

@heartsmyface @jen81 @Ispend2much6 I wish that we knew for sure if you really did build up enough antibodies that you wouldn't get the virus again. I haven't been sick at all lately but it would almost seem worth it to get it just to ensure that I wouldn't get it again and not have to worry about being in this state of "quarantine" !

@CookieGirl1   It seems like the antibody test is close to being ready.  That would make the "next steps" of this quarantine a little more clear, I think.

@heartsmyface   It sure sounds like you all had it.  I think it was here in the states much earlier than January.  A family member of a direct contact of my husband (trying to be vague here, although no one knows me or my family, but my husband didn't want me spreading this,) was in contact several times with the same Chinese national who was over here for business in October/November.  This person developed the worst "flu" this person ever had. The Chinese national also became ill upon return to China.  There was no publicity of COVID at the time this person was ill.

Fast forward to the time it became known, on a news show this person was watching, and this person said that the COVID symptoms were exactly what she had.  This person's doctor agreed.  I was encouraged because this person is my age and recovered well.

Although this might be anecdotal, I had read where some epidemiologists calculated that the earliest it would have first occurred was October 31, the latest December 31.

How could it not have spread around December?  It was already widespread in China, and there is so much international travel between countries it seems likely.

@jen81   You guys are tough- I hope you stay healthy the rest of the year!  I've read a lot of instances where COVID patients only had a 99 something to 101 fever.  Sure sounds like you had it.

An anti-body test is supposed to be ready soon.  It would be really useful.  Stay safe!

Well, i must say if it weren’t for not being able to leave my house, I would have never started anxiety painting.  I’ve had a lovely pink sitting around waiting for me to feel ambitious for longer than I want to admit.  I plan to put gold trim on the doors  next. 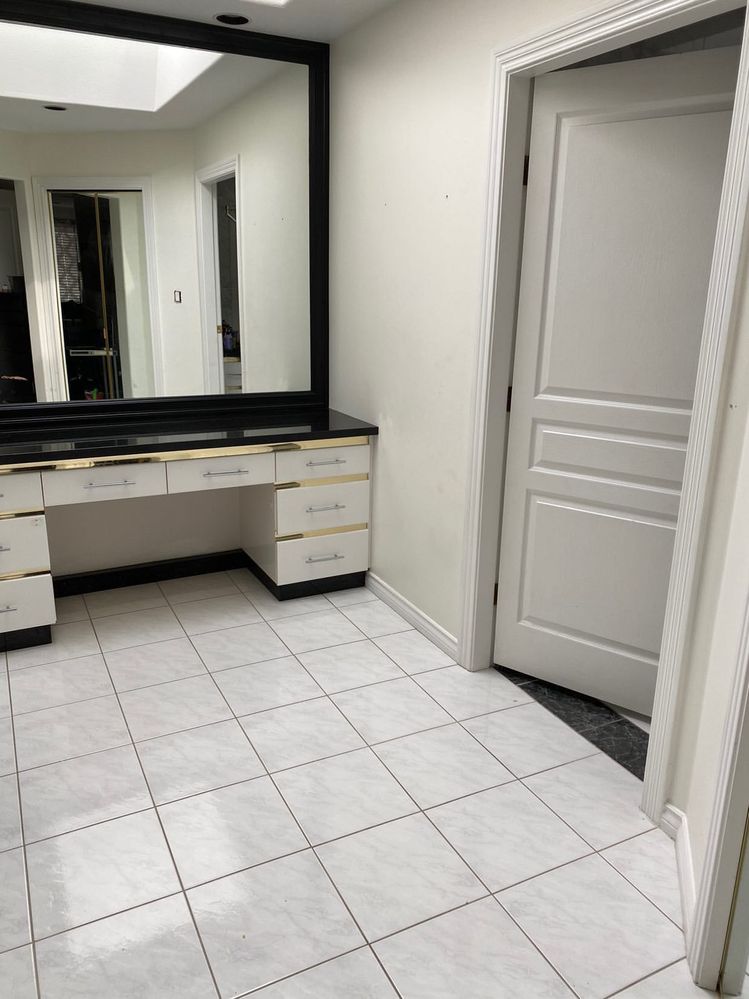 I emptied my beauty room. 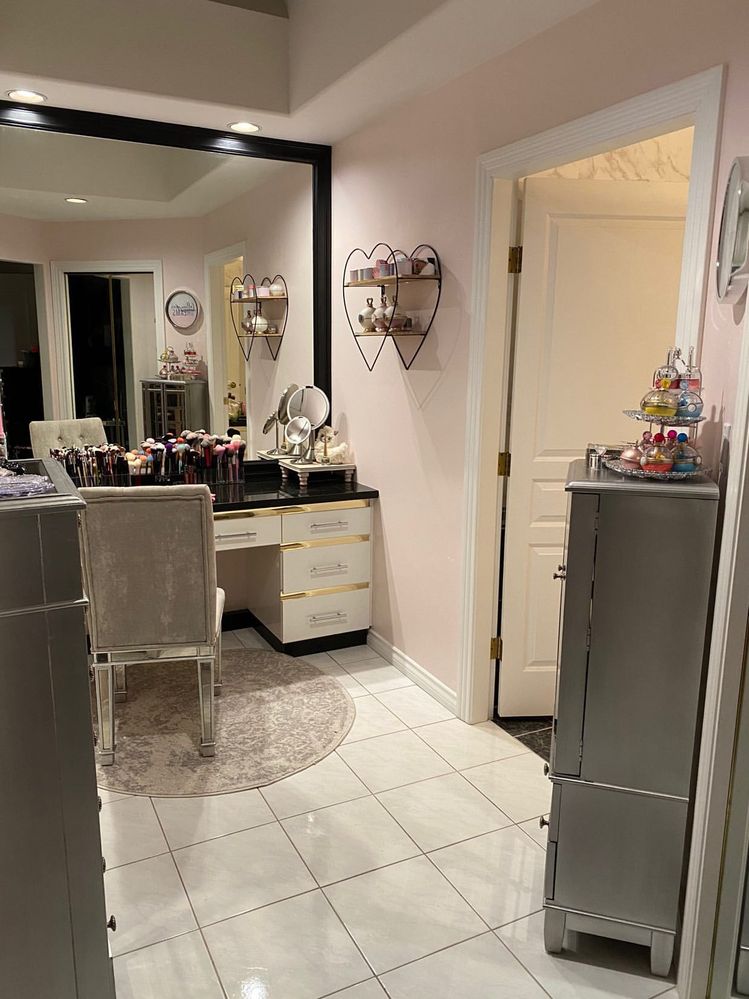 I love that shade of light pink paint on your walls!  What a great use of your time!

Wow, that looks so nice @heartsmyface Way to turn a negat...

Wow, that looks so nice @heartsmyface Way to turn a negative (staying at home) into a positive one!
4
Reply
1 Reply

Re: Wow, that looks so nice @heartsmyface Way to turn a negat...

@Luvstravel i’ve been coming up with excuses as to why I haven’t painted for years no.  Now that I can’t leave it, it’s time to make it as nice as I can.

@faeriegirl  Thank you!  💕💕💕  I was so afraid it would look tacky but I think once I add some brass and art it will be beautiful.

@heartsmyface so so pretty!!! I love that wire hearts shelf, are those Laduree petals!?

@MissPuff They are!  I had nail polishes up there before. 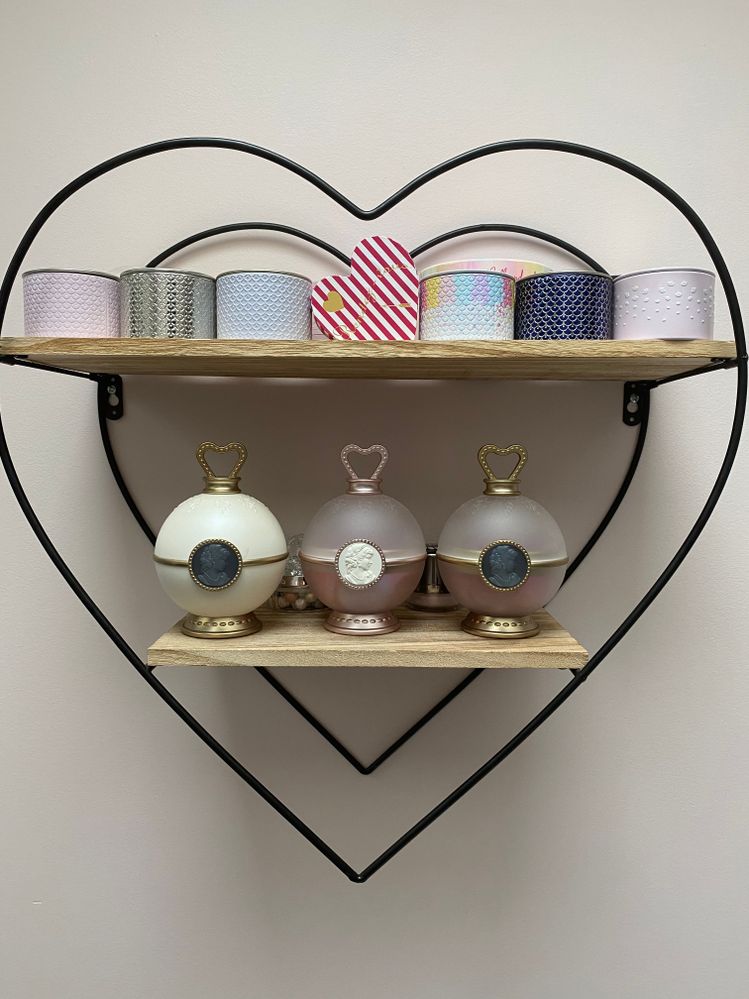 Conversation Stats
Photos155
Are you sure you want to uncurate this?
Cancel OK
testing