Start a Conversation
Add a Photo
Turn on suggestions
Auto-suggest helps you quickly narrow down your search results by suggesting possible matches as you type.
Showing results for
Search instead for
Did you mean:
Post in Besides Beauty
Posted 12-27-2017 | Updated 04-11-2022

Some of us here have expressed an interest in a book club, myself, @mermadelove, @LCResz, @ZombieMetroAnt, @Mcakes. If you'd be interested in joining, reply below. My initial thought was to mail the books around but if it means that some people can't participate, then I'm all for dropping that requirement. I'd love this to be a place where we nominate our favorite book and others can read it and comment. Something fun for the new year!  ETA: the booklist:

I'm about halfway through "little Fires' and I love it.  I told the hugsband that it was lovely to read a great book that wasn't sci fi, or fantasy, or science, or historical romance, or steam punk. LOLOLOL

I think it's really well written. It's keeping me up WAY past my bedtime!!!

@mermadelove - I'm glad to hear this!  I'm going to start reading tomorrow since I have the day off work.

@mermadelove I’m really enjoying it too! My husband is actually reading along with me, since we can “share” books on our Kindles.

@skcfan That;s awesome!!! I have shared books with the hugsband before, but few and far between. We tend to share the non fiction, and I read WAAAAAAY more than he does!!!

I'm glad you're enjoying it @mermadelove! I just wrapped up this AM, and can't wait until we start talking about it.  I didn't really go in with any expectations, but it was a good read.  Really excited for the discussion to begin 🤓📚

Just found this thread. I'd love to join in on the book c...

Just found this thread. I'd love to join in on the book club. What's everyone reading?
10
Reply
2 Replies

Re: Just found this thread. I'd love to join in on the book c...

Hi, @BrideSona!  The list is on page 14 of this thread.  We're starting with the first '#1 and then we'll read the second '#1.  @prettyinpa suggested 3 weeks for reading the first book (Little Fires Everywhere).  Welcome!

Re: Just found this thread. I'd love to join in on the book c...

Thanks, @Titian06 for answering Bridesona's question. My notifications aren't working again so I have no idea when people are asking questions here, grr.

Hi, all!  I'm so irritated with myself!  If I'm looking for something that I  can't find, I usually check Amazon.  Never thought to do that this time, and I've bought plenty of books from them.  If you're looking for either of the first two books, they're less expensive on Amazon with free shipping if you meet the $25 US minimum.

Even better, for those of us who don't have a Kindle, you can download the app free and then purchase/download the books at the Kindle price.  I downloaded the app and then searched for a free book to download from the Kindle store via Amazon; Pride and Prejudice is free using this app.  The app worked fine on my Samsung tablet--just more for you to think about.  I'm sorry I completely overlooked this obvious option!  I feel so stupid and embarrassed, especially knowing how much money I could have saved.  Some of you could have saved that too!

Great advice, @Titian06!   I have a motto embroidered on one of my sofa cushions, "Better late than never" Works for me.

Hi all! I got the Kindle version of little fires for $13.99 USD. I realized that I do have another kindle to donate. If anyone wants it, please PM me. It’s a Kindle Fire.

So what is the plan for the book club? How long do we have to read the book? I have requested both books from the library and I am number 258 and there are only 58 copies at my library, so it is going to be awhile.

I hadn’t heard of it before but it is a very popular book. Fingers crossed people will read fast when they get it.

@Serenely - I ended up buying the book at Barnes & Nobles.  It's only available in hardback because it's still "new."  It costs $27 US and $36 CAN.  I was not expecting to shell out for a hardback!

I also bought Murder on the Orient Express.  I really thought I had this book!  I found all my other Agatha Christie books, including Death on the Nile (which I bought in 1978 after seeing the movie).  So I'm good to go with that book.  If you (or anyone else) buy this book and like me find several different covers and sizes of books, look at the price.  Each version was a different price apparently based on the size of the book and if it was published before or after the movie (I guess a movie was released last year).  The version I bought is what I would call a typical paperback size.  It was smaller than the others, but had the bigger font size and cost the least at $7.99 US and $9.99 CAN.

B&N also had a table with classic titles (paperback) on sale for $5 each.  The only title on our list that was also on the table was Alice in Wonderland.  The good news(?) is it also contained Alice Through the Looking Glass.  You got both stories for $5.

I was curious about Pride & Prejudice and it is also in the classics line (paperback) and is $6.95 (I forgot to look at the CAN price, I'm sorry!).  However, as I was perusing the bargain books, I found a hardback book with four Jane Austin novels, including Pride & Prejudice, for $7ish.  I don't remember the other three novels, but they're well known, not some obscure writings.  This would be an excellent purchase if you want to read additional Jane Austin.

I don't have my list handy, but the Girl With the Tattoo (I know that's not quite right) was in hardback and cost $17.99 US.

The Great Gatsby still has the same cover as the version I read way back in 1980 or 1981!  The size of the book is bigger, not the standard paperback size.  I didn't look at the price since I already have it (with annotations from whatever high school class I read it in!).

I thought I would share some of my book shopping findings with everyone.  Hopefully someone is interested. 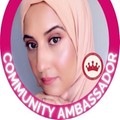 Ok so what is final consensus now? For me I have equally long waiting list for first two books on the list so I bought “little fires everywhere” and have read 30% already. I can catchup with you guys easily if you choose another book to start ( I’m a fast reader ) but which book is it going to be? Or I may just pick the one which become available, once I have read this one and jump into the conversation whenever I can?

These library situations are making it a bit tricky.

Edit: Great Gatsby is actually available in my library.

@fatimamummy @Serenely - According to @prettyinpa's response to my question, we will start with "Little Fires Everywhere" and we have the next three weeks to read it.

Thank you @Titian06 and sorry for delayed response. Sometimes I don’t get the tag notification 😏

@prettyinpa - This may have already been addressed:  how is the book reading and discussion going to function?

- Will we read X number of chapters next week and then post comments over the weekend followed by X number more chapters the week after, etc.?

- Will we read the entire book over the next two weeks and then post comments over the weekend following the second week?

Also, depending on when you want us to start reading (I know some already have) will depend on how diligent I will have to be to in finding this book in a bookstore since I won't be getting it from the library anytime soon.

798 Replies
Conversation Stats
Photos34
Are you sure you want to uncurate this?
Cancel OK
testing