Start a Conversation
Add a Photo
Turn on suggestions
Auto-suggest helps you quickly narrow down your search results by suggesting possible matches as you type.
Showing results for
Search instead for
Did you mean:
Post in Beauty Confidential
Posted 06-08-2021 | Updated 6 hours ago

HUGE round of applause for the 2020 Panners 👏🏾👏🏾👏🏾 Despite an incredibly hectic year I couldn't be more proud of each and every one of you who spent even a second thinking about your projects.  It was a huge inspiration for me and I'm sure others as well.  Cannot wait to see your new projects and whatever this year has in store for us!

To accommodate a variety of interests, you all are encouraged to pick items to pan that are most suitable to your collections.  For some, this might mean focusing on a particular type of product (like lipstick) and for others this may include a larger variety spanning your entire makeup or skincare routine.

Please Use This Thread To...

Tips and Tricks to Panning/Getting Some Use Out of Your Stash:

Ideas to Help You Pan Those Items:

@SportyGirly125, it's a nice one to have in the rotation.  A few of my former coworkers and you recommended it a year or so ago and I thought I'd give it a try. Between gifts, gratis, and my own purchases, I have a handful of neck creams I've been using off and on. I'm working through this one and a few others at this point so as to not waste anything. We shall see if I end up repurchasing any of the ones I'm using now or going with something else, but that won't be for a while. 😆

Hi everyone!! Here are some products I've been trying to use up this year, and it's taken a lot of restraint to not just throw them out instead

I've been using my Urban Decay Stay Naked foundation almost daily and I'm maybe a week or two from using it all up. I told myself I wouldn't buy a new foundation until I finished, but I caved and got a Cle de Peau one this weekend. Oops.

The rest are pretty easy to hit pan as they're powder products and I can usually layer them, but they are Benefit Hervana, Too Faced Chocolate Soleil, and Hourglass Ambient Lighting palette. 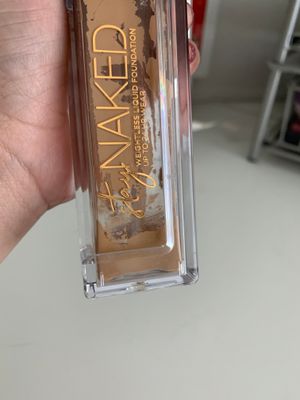 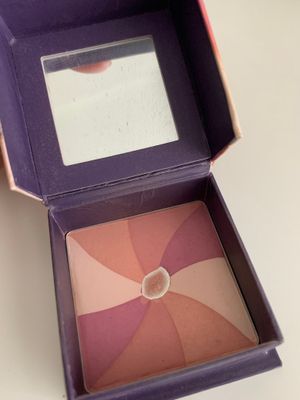 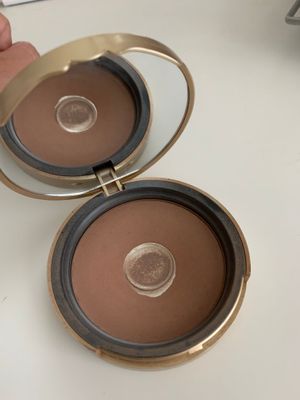 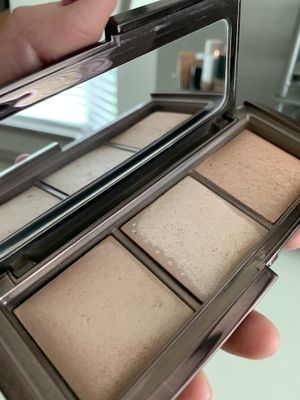 @AznAngelLiz 👏 bravo on using up the foundation. My foundation seems bottomless. Normally it takes me 8 months to 1.5 yrs to finish 1. 👏👍

Wow @AznAngelLiz! Very impressive!! 😍 You're so close with the UD foundation - and good for you for having another foundation waiting in the wings with that CdP! 😁

@AznAngelLiz -- a few years ago, I was there, too-- had too many foundations and concealers & powders. I made myself go through them and I think it was nearly three years total before I bought a new foundation, powder or concealer. Long, long years😁

Pretty stuff! Love that bronzer @AznAngelLiz -- you are just about out of that UD foundation.

This is the third time trying to post this. Such a pain!

Goals: to use Peek cream blush  through Spring, then retire it from project; to hit pan on Love Hangover blush by July, then retire it; to double the pan on Ulta shadow then toss; to keep using TF's White chip mini palette while it's good; to use up Kitty Pink blush; to use up Hourglass lippy in Futurist; to use Besame Lipglaze while still usable; to use up Burberry's Nude Radiance; to hit 20 uses on Avon Lipgloss in Lilac; to use every shadow once and hit pan on every blush in the Pixi Ultimate Beauty Kit; to use up a sample of UD's Sin highlighter; to use Guerlain's foundation in Clair till Spring.

I have hit some goals! Hit pan on Love hangover, doubled pan on Ulta shadow, used every shadow in the Pixi kit. Increased pan on the lippies and the other two blushers, hit 20 uses goal too. 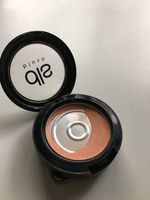 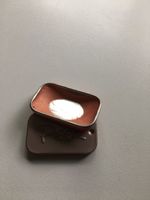 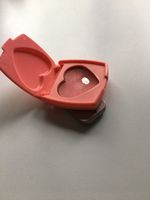 hit that pan in May! 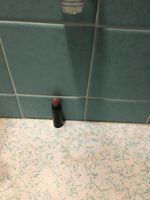 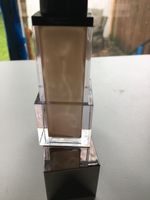 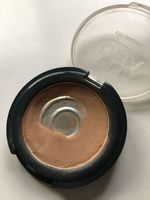 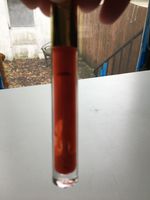 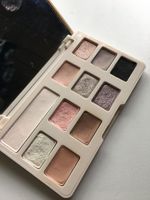 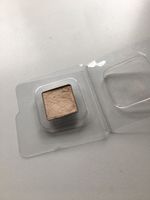 So, taking out the two blushers, lippy, foundation and shadow I hit goals on. The Burberry is done as of tomorrow. Also amending the goal for UD's hgihtlighter in Sin; I'll never use it up, so I'm going for pan instead. Still working on the rest, may add a summer refresh update later this month.

@Samtian -- thanks, I'm motivated this month to really get some mega progress.

@itsfi -- Thanks! LOL, all my looks have been very "blushy" lately. I always have layered shades though.

@heavyhedon, isn't that (layering shades) the best?!! Whether it's mixing lippies or layering blush!! The color and overall look you can achieve can be so pretty! 😍 Have there been any "blushy" combos you've really liked?

MAY UPDATE! (Forgot to post this earlier in the month)

Yes to finishing that MAC powder foundation @vee95! Woo hoo!! 😁 You continue to inspire me with your fantastic progress with your Tarte Paarty blush!

@itsfi Thank you so much!!

@vee95 -- must feel so great to have finished that powder! And the blush, have rarely seen so much pan on a Tarte blush!

@heavyhedon Yes it was super satisfying to finish the powder! The blush is not very pigmented and I have been wearing it every day, so it's been easy to slowly make pan!

Congratulations, @vee95!! Nice job finishing the foundation and getting more pan on the blush!! 👏