Start a Conversation
Add a Photo
Turn on suggestions
Auto-suggest helps you quickly narrow down your search results by suggesting possible matches as you type.
Showing results for
Search instead for
Did you mean:
Post in Beauty Confidential
Posted 06-09-2022 | Updated 06-09-2022

I know we say this every month, but May went by in a hurry!  In all the busyness, did you have a product that let you down?  Did you have a tip or trick that left you flat?  Did you test a tester that flunked?  This is the place to share! 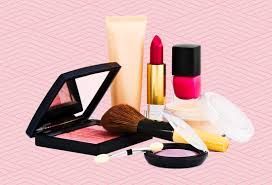 I finally tried the shampoo and conditioner from the JVN Complete Hydration Hair Set and they were both misses for me.

I was not able to get past scent either @faeriegirl. It did nothing special for my hair either.

Anastasia Beverly Hills Tinted Brow Gel Chocolate . Not the exact shade but that's the first one that popped up. I used a sample of this and every time it would smear on my glasses during my work shift and found its way to random places.

I might’ve mentioned this one before, but this month I've rendered final judgment:
Zoya Ultra Glossy Seal Top Coat - I bought a bottle in January to get free shipping on a Zoya nail polish order. Since then, I’ve tested this top coat several times with various brands’ polishes of different formulas/finishes. This top coat always drags polish off my nails. Doesn’t matter how little pressure I apply to the brush or how thin my polish coats are. “Maybe you’re not giving polish enough time to dry between coats.” Well...
Spoiler
On average, I give each coat around 20 minutes to dry. Sometimes 10 minutes if using a quick-dry polish or 15 minutes if I’m doing thin layers, other times 25 minutes because I lose track of time while watching videos. But usually 20 minutes. And the clock starts after I’ve painted the 10th nail—so the first-painted nail really gets around 30 minutes to dry.
I lack the patience to actively wait 30+ minutes after the last nail’s final polish coat to apply top coat. I’m not sure waiting even 1-2 hours would matter much with Zoya's top coat. That’d be a good experiment if I was willing to spend 3-4 hours doing my nails in one sitting, without using my hands much or getting them wet at all during all that time.
I wanted this top coat to work because it’s very glossy and seems to hold up better to hand sanitizer than Glisten & Glow top coat. But since G&G doesn’t drag polish (and is also very glossy), that’s the top coat I’ll keep using for manicures. I don’t like to waste product and I’m well beyond the return window, so I use Zoya’s top coat only on “bare nails” (base coat + top coat) days, or to re-top an existing days-old manicure to make my nails glossy again. It can’t drag polish that’s already covered by a different top coat. 😄
9
Reply

My monthly miss was the Curlsmith De-Frizzion Blow Dryer that I purchased at Ulta during a BOPIS sale. That is the largest diffuser that I have ever seen. I was really hoping that it would cut down on blow dry time but unfortunately it not help.

The other miss is tarte Knockout Tingle Treatment Toner 5 oz/ 150 mL . Whenever it gets onto my neck I get an itchy rash. 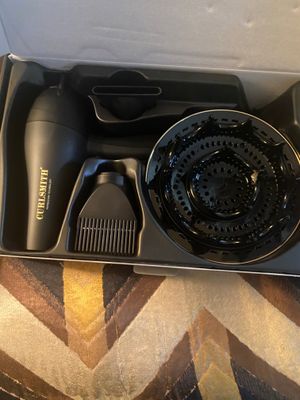 I figured that I would give the blow dryer one more chance before returning it to Ulta. It is a warm day here on NN. One plus is that the blow dryer did not get me sweating. Most blow dryers cause me to sweat. Maybe the correct word for it is that it is just okay. Maybe I am just too fussy. I still prefer my highly underrated Bio Ionic 10X Ultralight Speed Dryer . Unfortunately it is not discussed as often as it should be. It is the gold standard for blow dryers in my opinion.

I feel like a sample of that tingle toner messed with my skin, and most things I can tolerate (unless I use too many new things at once). Sorry it didn’t work for you! @Loretta55

Thank you very much @sister13. Only recently I have had problems with Knockout Tingle.

I had not one, not two but three beauty misses.  The first was Youth To The People Yerba Mate Resurfacing + Exfoliating Energy Facial with Enzymes + Niacinamide 2.... .  I bought this to be a mechanical scrub, and it was oh-so-abrasive.  Like sand!  I was amazed that I didn't wind up with those small red bumps on my cheeks that I usually get when scrubs are too rough.  Now, I will say that I like to really scrub - but I tried to be more gentle once I realized what the texture was like and I still found this to be too harsh.  I'm a girl that likes a good scrub, so if I'm saying that it was too much...I think it might have been better if YTTP had either put in less diatomaceous Earth, or more of the rest of the product to even things out.  I could have cut it with something else, but I looked up the review on Beautypedia which I seem to have missed (which is rare for me) and it said the ginger root oil is an irritant.  I decided to cut my losses and return this.  If anyone knows of another scrub that has diatomaceous Earth in it (besides the Philosophy Microdelivery Exfoliating Wash) please tag me!

The next product that was a miss was Trader Joe's Microdermabrasion Scrub.  I normally wouldn't buy a scrub from them, but curiosity got the best of me.  This one has pumice, and it really felt like it.  Again, too abrasive for me - which was another surprise.  I tried one other pumice scrub a while back by No. 7, and they both felt the same.  The particles were so tiny that I just felt like they only got at the surface of my skin and not "into" my pores to loosen things.  My skin was a little irritated after this.  And, I did have some small red bumps on my cheeks.  As for the price, I did the math and compared to higher end brands, I didn't find that I'd even be saving much money since it was only two ounces.

The last product that didn't work for me was La-Roche Posey Toleriane Double Repair Moisturizer with Niacinamide.  Call this more of a "meh."  I got this as a Christmas gift from Amazon, and I don't even know who sent it b/c there wasn't anything in the mailer.  I'm guessing it was my sister as I think she uses at least two of their products.  Anyway, I found this just merely adequate so I was not motivated enough to put it into my rotation.  The texture wasn't bad, but I found it to be kinda like a marriage between a gel and a lotion.  What was really off-putting for me was the packaging.  It comes in a wide squeeze bottle and I might have found that cute and charming except that it reminded me of sunscreen.  I loathe sunscreen - the application, the smell, the texture.  SO, if things had been different then I might have been more accepting.

@ather I know!  The next scrub I'm going to try will be bioderma.  I'm afraid I will have the opposite effect reaction and it won't be gritty enough.

Oh, no! Definitely don't use the facial scrub anymore, @greeneyedgirl107! I have when products hurt my skin. I've been lucky so far. No misses yet!

@curlychiquita I was looking at drugstore face scrubs at BBB today, but just gave up b/c I didn't want to go through that again!

Conversation Stats
Photos2
Are you sure you want to uncurate this?
Cancel OK
testing