Start a Conversation
Add a Photo
Turn on suggestions
Auto-suggest helps you quickly narrow down your search results by suggesting possible matches as you type.
Showing results for
Search instead for
Did you mean:
Post in Beauty Confidential
Posted 09-21-2021 | Updated 8 hours ago

@quspork - Thanks for posting!  Not for me.

Wow breathtaking new Chantecaille up for preorder on NM. Illuminating balm, eye shadow and blush! Oof, pricey little rascals tho. What is the ceiling. Getting kind of nutty in my humble! 🤔 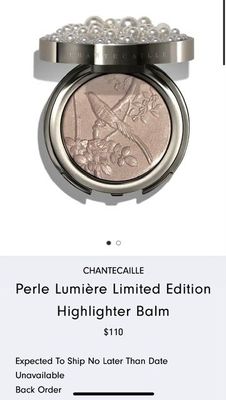 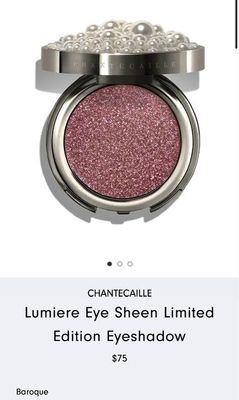 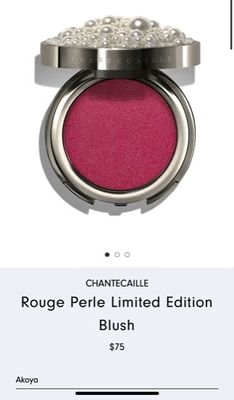 @Sunnysmom Oof lol. But man it's so pretty I'd have to buy 2 highlighter balms so I can just look at one.

Ya I don’t care for them … and THAT IS A BIG FAT LIE 😂🤣 I think I need to sell half of my kidney for these 😂🤣 @Sunnysmom . The packaging is really gorgeous

@Sunnysmom Been happening in perfume now for awhile and I've given up on the idea that there's a ceiling.

I think a part of it is how concentrated wealth is becoming. I'm not just talking about the top 1% for whom a $600 perfume would be like, oh I found some loose change in my car seat. I mean, there's $10,000 fragrance products being made for them. I'm talking about the concentration of wealth into the upper middle class, which has also really expanded. As long as this hollowing out of the middle-middle class continues, my guess is these luxury brands are going to keep pushing the envelope as far as the market can bear. It doesn't matter if wages are stagnating for the vast majority because the upper-middle class is growing their net worth not from labour and wages, but financial vehicles like investments and home ownership.

What kind of annoys me about it though is that honestly, you hit a point of diminishing returns at around the $250-300 mark for perfumes today although this would have been lower in the past because the prices keep marching up. What's also annoying is seeing what would pass as mediocre, derivative and blandly commercial before is now being sold at the $200+ price point. OK, I'll get off my tangential soap box now 😛

If you asked me a few years ago I would never spend upwards of $400 plus on a perfume.  At the time I would have around 10 perfumes maybe even 20 at one point and over the past few years I’ve slowly started to minimize my collection, I currently have only three. This past spring I’ve been wanting to smell The infamous baccarat rouge 540 extrait , so we meandered on over to NM to have a sniff.  The SA sprayed it on a card and we walked out to have the scent linger and decide. My hub instantly loved it and I couldn’t get over the cost LOL they had some sort of sale maybe 10% not sure. His justification was that I only had two other perfumes and in decluttering a few as of recent, this one perfume was like 3 or 4 in one. He offered to buy it for me and we later agreed to split the cost. Case in point i have no regrets, it lasts all day and is unique to anything I’ve tried. I purposely didn’t smell the rest since i didn’t want to fall in love. But somehow i can’t spend $100+ on some makeup items.  Chantecaille in particular is one of those elusive brands that i can’t get myself to buy from. I’ve wanted to try the blur powder for a bit and then it wasn’t in stock for their slyvie sale.

Sounds divine @aviscardi , I’ve not sniffed it! I can definitely see buying one truly unforgettable fragrance vs many however. I like the sound of your hubs. 😊 Good guy! I have never spent that much yet but I really only have a few that are my very favorites so hopefully that offsets the overdosing on makeup! 😳 I pick and choose with Chantecaille. The powders/ highlighters are particularly lovely I think and I did pick up the new shadows which are small but mighty. Yes to the sales, me too! 💞

lol he enabled the purchase, how could i say no. Yes, unless i strike rich i can’t imagine having several that cost that much. I think I’ve also become much more strategic with my purchases in the past year. Cost per use needs to make sense if it’s something that has a shorter shelf life like a perfume or liquid foundation etc.

Eh maybe next year on the chantecaille blur powder, i can’t see myself paying full price for it

@aviscardi I'm kind of similar, I used to have more scents as I was learning about fragrance and was still discovering what I personally enjoy over and over versus what I find interesting and beautiful but don't feel like returning to. I've been paring things down and I now try to purchase fragrances from smaller, independent houses doing great work.

I had quite a few in my early 20s, a lot that were ‘seasonal’. These days I’d much prefer something i can wear all year round that doesn’t remind me of a specific season. And yes agree , a lot i liked but didn’t necessarily want to wear often or repurchase.

Yup to all you said @pocketvenus . It all makes sense for sure. The times they are achanging. Fragrance is an area that is still really tough for me to spend a lot of money on tho I’ve gotten more immune to it. Glad so far I stick to just a few! Phew. Choices. Ha. (You have such an amazing knowledge in the field by the way, I’m in awe! 🥰) I am always shocked when I see those customized services. Very cool if you can do it I imagine and always something more that that 1% can have that’s for sure.  But ugh. And packaging on luxe products has become a bit of an issue for me too. I want it to be so special and it sometimes falls short sadly considering the pricing of some products. My soapbox is on a mini tier close to yours. 😂

@Sunnysmom Sometimes I read discussions from less than ten years ago and everyone's like, "$200 for 50ml, that's too much, things are getting nutty." 😄

I hear you on the packaging and am happy to stand by your soapbox 🙂 I appreciate being able to chat about beauty here with you and others!! ❤️

@Sunnysmom  Why?  Even a sale would still make that too much money.  It'd better be extraordinary.

Because they can 🤷🏻‍♀️ @Ispend2much6 ?! Lol Wild times wild times. I mean even the older beautiful 20 year pearl case powder LE thing I got a few years ago was the large size at least. And I fought buying that but I think I remember getting to use some Nordies notes so I clearly rationalized it that way. Ugh. This appears to be the littles. Oof. For the collectors for sure though it doesn’t stop me from wanting it! Their highlighter remains one of my very favorites if not my favorite! Time to start hinting for some “early” holiday etc gifties. 😂

I think that’s how i justify most things that are too $ ha. Like the TF blushes with the price hike and oz to previous version. If not for a gc i wouldn’t have gotten it until a sale or nordies note and reign it in to just 1. Same with the Hermès blush I’ve wanted to try, although i think it’s partly due to the slight fragrance and TF pkg is a bit more lux IMO. Though i eventually want to take the plunge on one shade, most likely with a note

Excellent plan @Sunnysmom .  I think Mr. Sunnysmom would really like having a great idea or two for a present. 🙂

Ha @Ispend2much6 probably not! But at least it’s foolproof eh?!