Start a Conversation
Add a Photo
Turn on suggestions
Auto-suggest helps you quickly narrow down your search results by suggesting possible matches as you type.
Showing results for
Search instead for
Did you mean:
Post in Beauty Confidential
Posted 06-15-2021 | Updated yesterday

This looks so promising, but I don't think that the light shade would work for me. I'm afraid I'd look too muddy/orange. Would love to see swatches if anyone winds up picking this up.

Lol, no worries @Sunnysmom! Better to mention it again than not at all! Fingers crossed that they're good 🤞.

Aww thank you @CookieGirl1 ! Let’s blame the heat and my being of a um certain age?! 😱 Love to see it if you try it. I will probably pass as I did remember I have the Chanel from last year! Thank goodness my memory works for some things! Ooof. 🥰

Age?  Nah.  You're still a young'un, @Sunnysmom 😉.  We'll blame the heat and a dedicated excitement for sharing the latest and greatest.

@CookieGirl1  My favorite flavor of tea!  Thanks for posting. 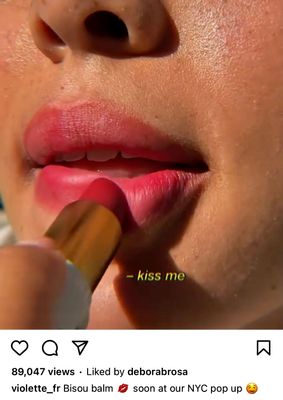 Looks like Laneige has a new product in the works . . . 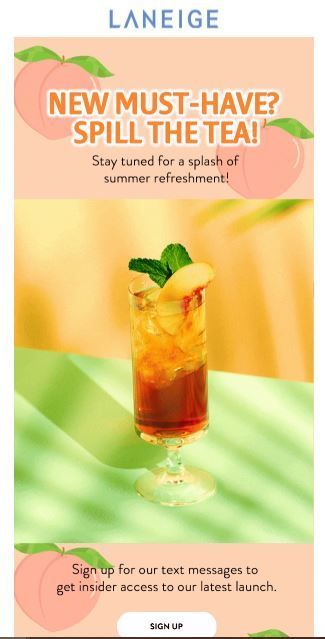 @lmaster, I know right?! I am intrigued by what it could be. It’s peach 🍑 so I’m already in!

Ooh, curious about this one!  New cream bronzer from Saie Beauty:

@lnum   That is definitely one to get!  I noticed that Trendmood Box still has the FAB boxes for sale- I'm kind of surprised.  It has the scrub but not the lotion.

My son used the scrub on his face last night and it really helped his "spots!"

@Ispend2much6 😯 I thought it wasn’t formulated for the face how is he fairing? Those Trendmood boxes were a great deal I am about halfway through some of the products! I definitely want the lotion just patiently waiting for Sephora to get it.

@lnum   It wasn't made for the face; it uses pumice as the physical exfoliator so that sounds kind of rough, but is it any rougher than the crystals usually used, I wonder?  Can't be any rougher than the ground walnut shells that some scrubs use, like St. Ives (or they did the last time we used them.)

He's doing fine!  He has dry skin, actually, which also breaks out and is oily in some places (nose, forehead.)  It really did him well.  It shrunk the few spots he had on his lower cheeks (which actually looked like a rash, but who knows.)

@Ispend2much6 I just know it attacks my KP on my arms like no other and sometimes if I use it more than once a week they get a little bit sensitized so I have to be careful with the ahas in it! I am getting quite impatient with Sephora getting the lotion, because I do wish I could use it more on my lower legs especially. Come on Sephora….