Start a Conversation
Add a Photo
Turn on suggestions
Auto-suggest helps you quickly narrow down your search results by suggesting possible matches as you type.
Showing results for
Search instead for
Did you mean:
Post in Beauty Confidential
Posted 06-10-2021 | Updated Saturday

Ooh, curious about this one!  New cream bronzer from Saie Beauty:

@lnum   That is definitely one to get!  I noticed that Trendmood Box still has the FAB boxes for sale- I'm kind of surprised.  It has the scrub but not the lotion.

My son used the scrub on his face last night and it really helped his "spots!"

@Ispend2much6 😯 I thought it wasn’t formulated for the face how is he fairing? Those Trendmood boxes were a great deal I am about halfway through some of the products! I definitely want the lotion just patiently waiting for Sephora to get it.

@lnum   It wasn't made for the face; it uses pumice as the physical exfoliator so that sounds kind of rough, but is it any rougher than the crystals usually used, I wonder?  Can't be any rougher than the ground walnut shells that some scrubs use, like St. Ives (or they did the last time we used them.)

He's doing fine!  He has dry skin, actually, which also breaks out and is oily in some places (nose, forehead.)  It really did him well.  It shrunk the few spots he had on his lower cheeks (which actually looked like a rash, but who knows.)

@Ispend2much6 I just know it attacks my KP on my arms like no other and sometimes if I use it more than once a week they get a little bit sensitized so I have to be careful with the ahas in it! I am getting quite impatient with Sephora getting the lotion, because I do wish I could use it more on my lower legs especially. Come on Sephora….

FYI for anyone interested in this Ulta now carries this scent.

The Inkey List just released a sunscreen! Visit their site and search for "sunscreen" to find the product page, if it's not advertised on their homepage.

Screenshot of The Inkey List's product page. They've also updated their "SPF 101" page, but I don't recall what it used to say.

What grabbed my attention:

I'm MUCH more interested in this than Hyram's rebranded Inkey List launch. (Before his fan club jumps me: settle down y'all. 🤣) I'll probably order it straight from the brand tonight to test. I mean, at that price point, why not? I suspect it'll leave a cast on my skin tone, though Saie Sunvisor doesn't (despite having an equally brown-skin-questionable tint). TIL claims it's "non-pilling" but really, that depends partly on what's layered under and/or over the sunscreen. Guess I'll find out soon enough.

This reminds me to get on TIL's mailing list... I thought I already was, but nope. Note to self!

I wonder when The Ordinary will drop a sunscreen, now that they're an Estee Lauder brand. Hmm.

I think I have this one, thinking I got it on cultbeautys site a few months ago. Really nice, tinted but a forgiving Tint, on the hydrating side.

Looks like Drunk Elephant may be hopping on the hybrid skincare/makeup train. I really hope we get a GWP for this!!! 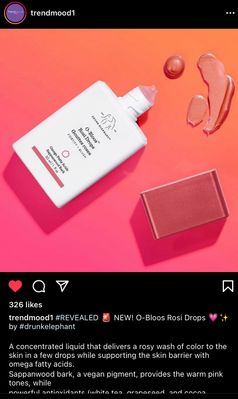 @Kim888   I hope this is in an upcoming Trendmood box!  It's been awhile since the last one.

CT spf is incoming ! The waitlist looks like it’s only for UK residents 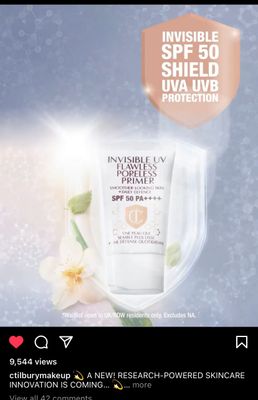 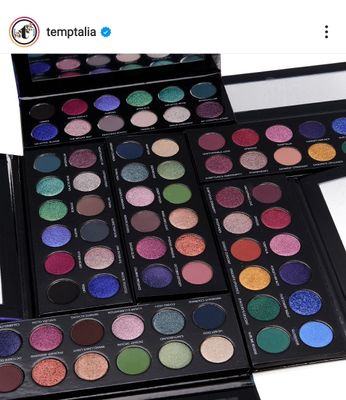 How many palettes is it? This picture has me all sorts of confused lol.