Start a Conversation
Add a Photo
Turn on suggestions
Auto-suggest helps you quickly narrow down your search results by suggesting possible matches as you type.
Showing results for
Search instead for
Did you mean:
Post in Beauty Confidential
Posted 02-28-2021 | Updated yesterday

Thx @veronika23 . I really really like this 😘 Will be on my to buy list. Hopefully it launches around Spring sale

Oh yeah! That would be nice if it did @blackkitty2014

@veronika23  Yay, I've been waiting to see some real swatches of this palette! I've been reserving judgment of Circo Loco because Triochrome wound up being so pastel without much of a multichrome (or duochrome) punch. Now I'm excited to see full palette swatches!

I'm curious to see full palette swatches too even though I haven't been buying makeup lol. @WinglessOne

Oh my goodness @veronika23  - she is beautiful!  I'll need to add this to my growing ND collection 💖 I hope it comes to the US (Circo Loco is Spanish for Crazy Circus 🎪 that's a perfect name for this color story - and because my home is an actual circus, I think I deserve this!)

Yeah really nice colors in this one! Hahaha yeah you deserve it! 🖤 @ZombieMetroAnt

Coach Teams With Sephora for Makeup Collection
Dinosaurs and unicorns will be featured on the products that are being targeted to Gen Z and Millennials. 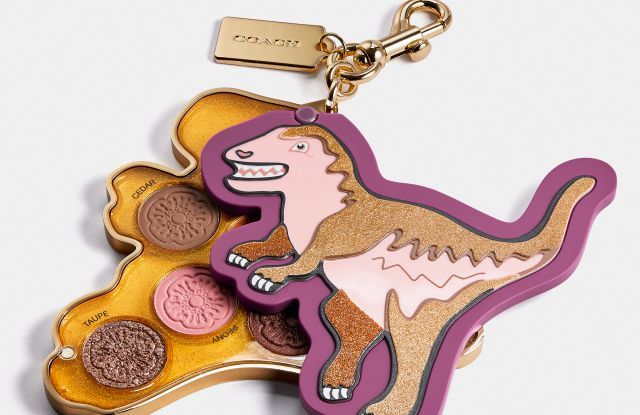 Ever wanted a dinosaur-inspired eyeshadow? Well, here’s your chance.

Coach has teamed with Sephora on a limited-edition capsule collection of seven makeup products featuring its Sculpted C logo, the tea rose wildflower, and several of the characters the brand has used on its apparel and accessories in the past including Rexy the dinosaur, Sharky the shark and Uni the unicorn.

The goal, according to Todd Kahn, Coach’s interim chief executive officer, is to further expand the brand’s reach with young consumers.

“What’s important is the continuation of how the brand is appealing to Gen Z and Millennials,” he said. In the last six months, Coach has gained 2.5 million new customers, and nearly half were in those age groups, Kahn revealed. “So we’re continuing to build awareness and connectivity to that customer base.”

He said the collection was “truly a collaborative effort” with Sephora, which created the product using input from Coach’s creative director Stuart Vevers.

“I wanted to create something playful but also very Coach — really rooted in a rich color palette that recalls our leather heritage,” said Vevers. “Like a beloved bag or favorite piece of outerwear, makeup is about creativity and style, and with Sephora we were able to find another way to celebrate self-expression.”

“It’s fun, it’s lighthearted and it plays on Coach’s mascots,” Kahn said. And it’s also intended to offer some hope to a pandemic-weary public as spring approaches and “we’re starting to feel a sense of optimism.”

“Sephora Collection’s goal is to not only create affordable and inclusive beauty products, but to inspire our clients to learn, explore and confidently play with beauty,” said Brooke Banwart, vice president and general manager of Sephora Collection North America. “When we thought about inspiring play, Coach felt like the perfect partner as their values of inclusivity, self-expression and authenticity align seamlessly with all Sephora stands for.”

The collection, which is inspired by Coach’s leather legacy, will include the Rexy Eyeshadow Palette, the Sharky Eyeshadow Palette and the Uni Face Palette, all of which will feature matte, metallic and shimmery shades. It will also include the Tea Rose Brush Set, a five-piece collection of brushes with glitter handle and vegan, synthetic bristles featuring the characters and the tea rose image that are housed in a glittery stand. The collection will also include a Tea Rose Lip Set with four gloss shades; a set of three Tea Rose Eye Masks with cucumber extract and rose oil, and a Tea Rose Nail Set, which features a pink nail polish and stickers featuring the characters.

The Coach x Sephora Collection will hit stores on March 2 and retail for $16 to $68. It will be sold at Sephora and Coach stores as well as on both e-commerce sites and be available in 22 countries. 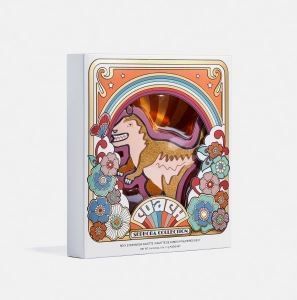 This is not Coach’s first foray into the beauty business. It currently has a successful fragrance deal with Inter Parfums with five women’s and two men’s fragrances that represent sales in excess of $100 million. “Our fragrance has been incredibly successful,” Kahn said, adding that another “big” launch is in the cards for next year.

While Kahn wouldn’t provide a projection for how large the Sephora collection can be, he didn’t rule out further expansion in the beauty space in the future.

“We’re a very major test-and-learn company,” he said, adding that Coach has witnessed “a lot of desire to expand Coach into other categories.” That could well include color and potentially skin care, he said.

“The brand is celebrating its 80th anniversary this year,” Kahn said. And he recalled that while Coach may be best known for its women’s bags, it was actually founded as a men’s small leather goods company. “Brands evolve. We consider ourselves stewards of the brand and are very thoughtful about what extensions make sense. But the customer gives us permission to be a full lifestyle brand.”

He said the industry is rife with brands that quickly try to be “everything to everybody, but it doesn’t feel authentic.” But Coach has been successful expanding into ready-to-wear, fragrance, eyewear and watches. “In our history, we’ve had furniture, and my first car was a Lexus with Coach leather,” he said. “So we definitely have credibility as a luxury lifestyle brand.”

That being said, Kahn wouldn’t tip his hand about what other categories Coach might explore in the future. “We’re really happy where the brand is today and with Stuart’s vision for fall,” he said of the designer’s collection that debuted with a series of short films earlier this week. “It showed inclusivity and diversity and the fun nature of the brand. We will continue to build on that in our 80th-anniversary year and look forward to being able to greet customers not just digitally but in our brick-and-mortar stores as well.”

Product page is up:

Cute but odd lol @ZombieMetroAnt ! Did you see this @shimmerbait ?

Very true @ChristalM - it's all about the packaging, am I right?  😉 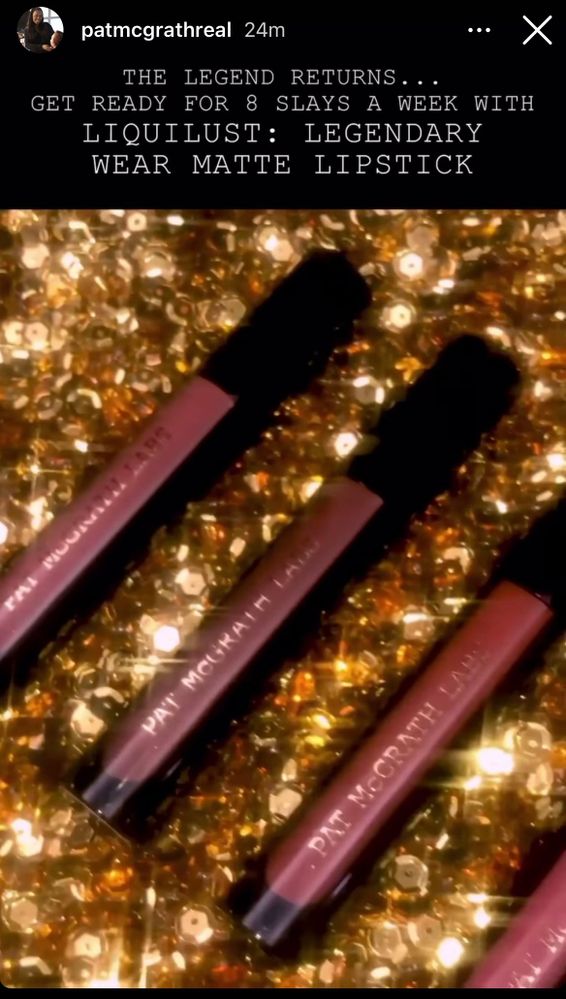 Does anyone know when this will launch on Sephora Canada?

I agree with @Sunnysmom , I think this is looking really nice for EL.  If the product itself holds up... she's super pretty.

Have the new Briogeo scalp products been discussed here? Any kind soul able to link it? I tried searching but it brings back 2017-2018 posts when they initially launched the Briogeo Scalp revival line.
I have been seen something around new scalp products on Insta but want to know more.

Will these come to Sephora? I really want to try the mango one. 😍